Spurs had lost their last three Premier League games to an aggregate of 9-1 and the pressure was beginning to grow on Nuno Espirito Santo following a dismal performance in last week’s north London derby defeat to Arsenal.

But Pierre-Emile Hojbjerg’s strike and an own goal by Matt Targett got the job done as Spurs go into the international break on a positive note.

It would only have been sweeter had Harry Kane been able to break his league duck for the season, but the England captain squandered a number of good chances to go six Premier League games without a goal for the first time since 2015.

Villa were outplayed but found themselves level with 22 minutes remaining as Ollie Watkins scored his first goal of the season, only for the hosts to regain their lead three minutes later.

There was no hiding how big a game this was for Spurs to arrest their slide going into the international break.

In the wake of that harrowing defeat at the Emirates last Sunday, Nuno changed to a 4-3-2-1 formation – one that has suited them better in recent times. 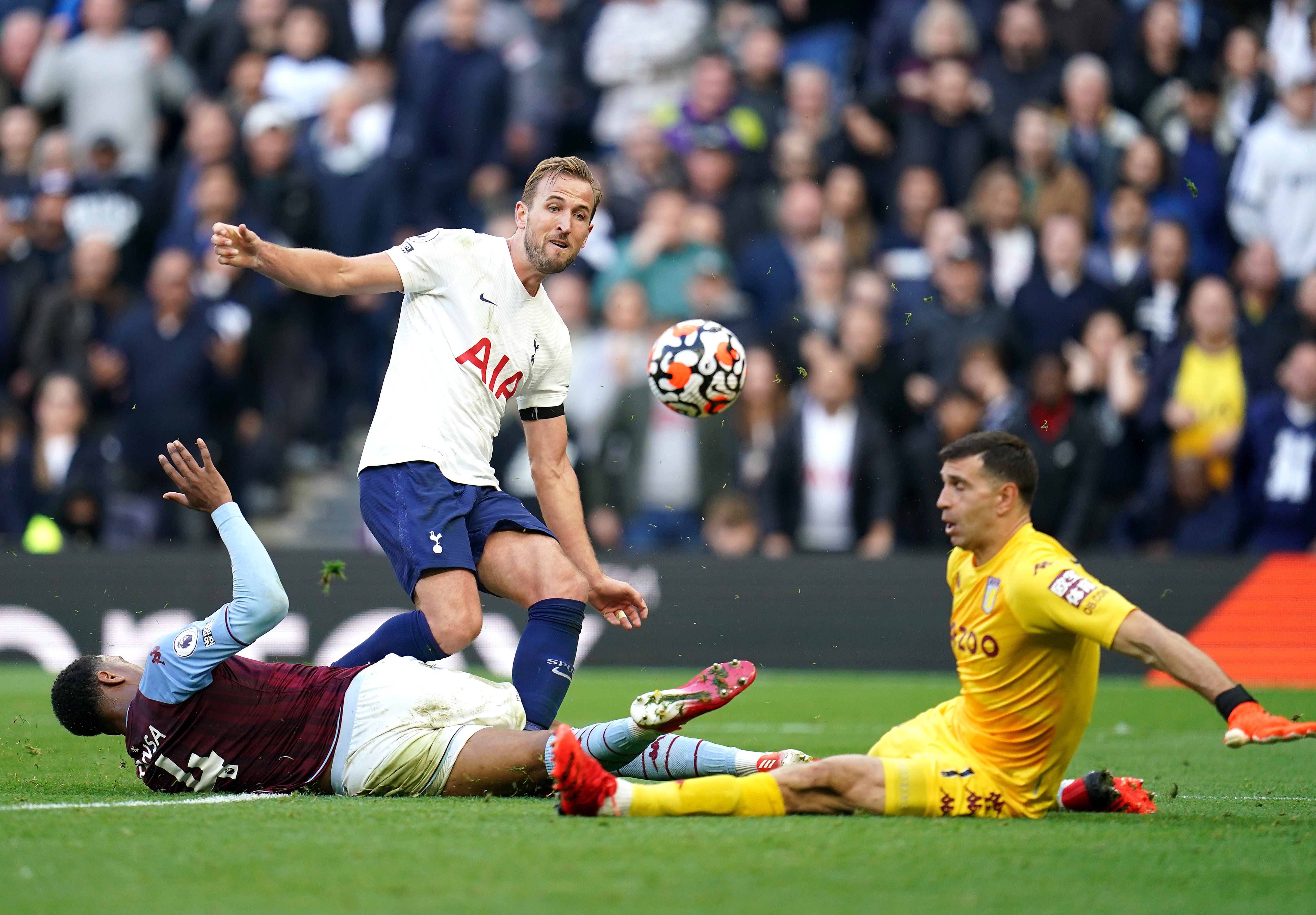 It was a sluggish start, with neither side creating anything in the opening 20 minutes before Spurs began to take the ascendency.

Kane nearly broke his drought in spectacular style as he sent a quickly-taken free-kick from near the halfway line towards goal, but a scrambling Emi Martinez was able to get back and save it.

Spurs made their dominance count as they took a 27th-minute lead.

Hojbjerg won the ball back high up the pitch and played in Son Heung-min. The South Korean returned the ball to the midfielder, who picked out the bottom corner from the edge of the area. 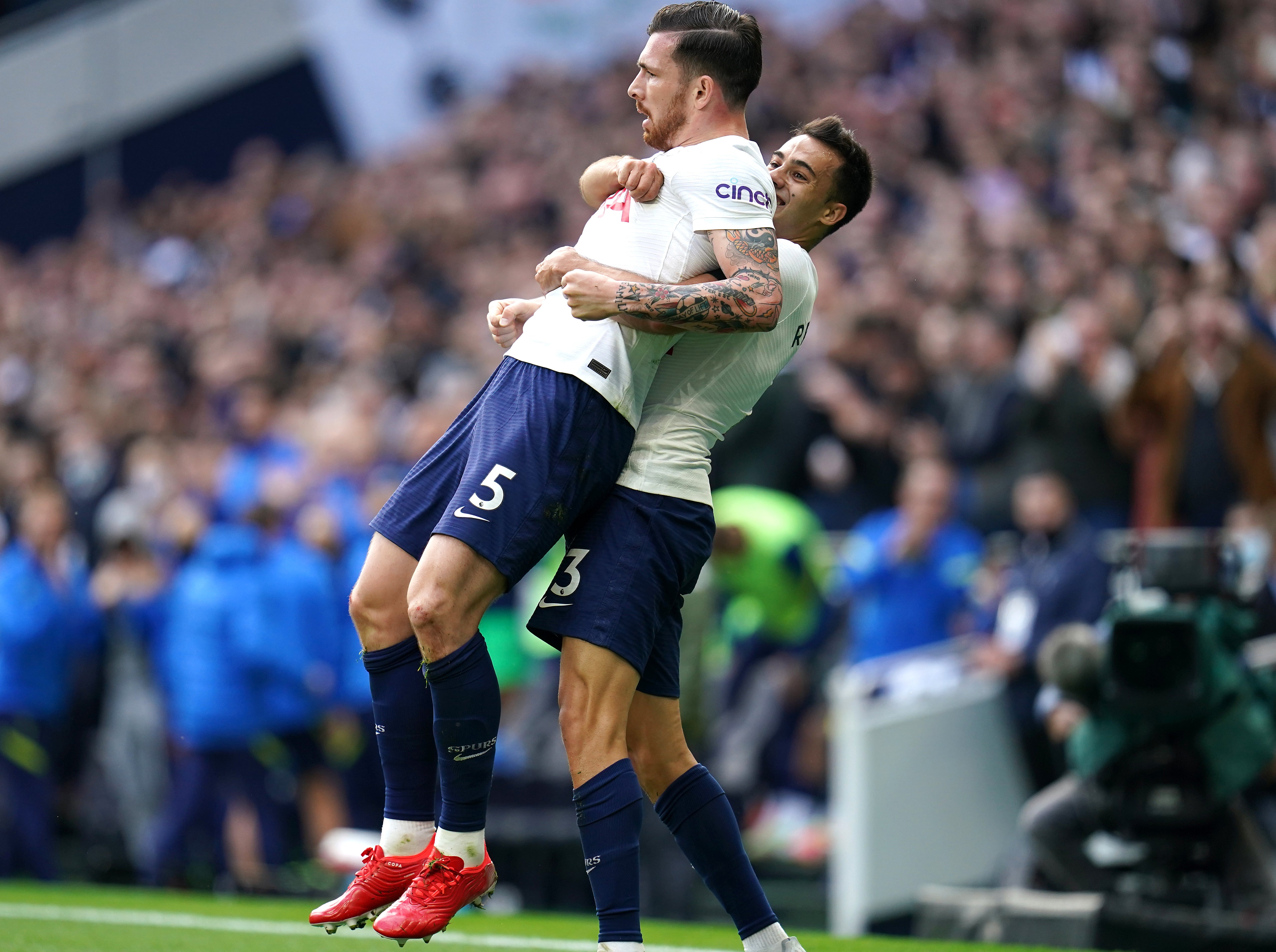 Villa got their act together and mounted a spell of pressure towards the end of the first half but never really tested Hugo Lloris in the Spurs goal, with John McGinn’s fizzed volley from 20 yards that whizzed just wide their best effort.

Some important defending from Oliver Skipp and then Cristian Romero stopped promising Villa moments early in the second half and Spurs soon returned to the front foot.

Right-back Emerson Royal saw an effort cleared off the line by Tyrone Mings after a break down the left and then Son lashed a shot over at the back post after Villa failed to clear.

Son was a clear threat down the left and a fine long ball by Eric Dier played him in on goal but he got too close to Martinez and the Villa keeper produced a good block.

The Argentinian was called into action shortly afterwards as he saved from Tanguy Ndombele after the Frenchman slalomed into the penalty area.

Villa were lucky to be still in the game and in the 68th minute they found themselves level.

A slick move saw the ball played out to Targett on the left and his ball across the face of goal was tucked home by Watkins from close range.

It would have been easy for Spurs to fold after that blow given their fragile confidence, but their response was excellent and three minutes later they were back in front.

Sergio Reguilon set Son free down the left and in similar fashion to Villa’s equaliser, the South Korean’s ball across goal was turned into his own net by Targett under pressure from Lucas Moura.

Although it was Spurs’ afternoon it was not Kane’s as he squandered two further chances, shooting just wide and then being denied one-on-one by Martinez.

Giovani Lo Celso also missed two chances to clinch it, but the hosts got their win.