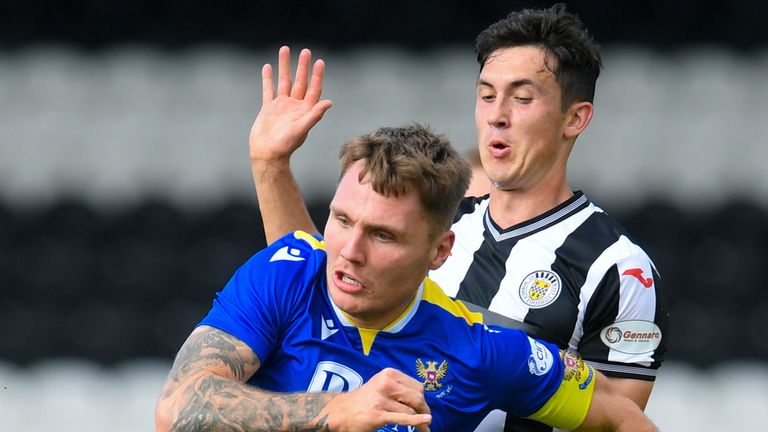 St Mirren and St Johnstone both remain winless in the Scottish Premiership after playing out a goalless draw in Paisley.

Richard Tait had the best chance for the home side but was denied at the back post by Zander Clark just before half-time.

Glenn Middleton struck the bar in the final minute of the game for the visitors before Ethan Erhahon was sent off for St Mirren.

The home side had made three changes from the team beaten 6-0 at Celtic Park. Out went the suspended Alan Power, Greg Kiltie and Ryan Flynn, replaced by Eamonn Brophy, Charles Dunne and Tait.

It was Wotherspoon – eligible for league action despite his red card in Europe – who had the first chance, a curling effort that was well clutched by Jak Alnwick.

The home side then thought they had grabbed an early lead when Conor McCarthy headed in Scott Tanser’s free-kick only to be flagged for offside. 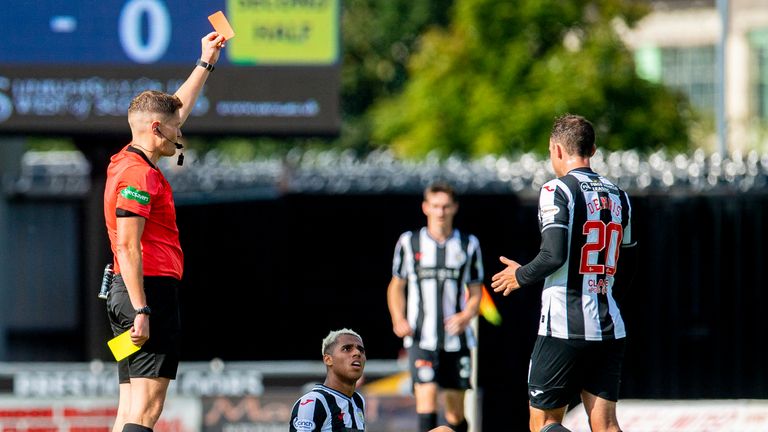 Clark then had to move fast to get down to Curtis Main’s driven effort with Jamie McGrath’s rebound attempt blocked by Muller.

May then had a chance but sent his shot well over the crossbar before Hendry’s diving header was parried by Alnwick.

At the other end, Tait’s deep cross was headed down by Joe Shaughnessy only to land a foot wide of the post.

Former St Johnstone defender Tanser then came close to netting a goal against his old team with a volley that was just off target.

Alnwick had to make a smart save to keep out Wotherspoon’s low-driven shot, pushing it away for a corner.

Clark then showed why he has been called up for Scotland duty this week with a brilliant stop to deny Tait at the back post in the closing seconds of the first half.

St Mirren started the second half on top, but McCarthy could not convert Tanser’s free-kick from close range before Middleton had a stab on goal well saved by Alnwick and then cracked the bar with a free-kick.

Erhahon was then shown a second yellow card for a foul on Kane.

St Mirren are back at St Mirren Park after the international break, when Dundee United are the visitors on September 11; Kick-off at 3pm.

St Johnstone are live on Sky Sports Football in their next game, at home to Rangers on September 11 from 12pm; Kick-off at 12.30pm.