Stephen Kenny has insisted his young guns will be Republic of Ireland stars as he attempts to guide them through their World Cup qualification struggles.

The Republic’s hopes of progressing from Group A were dented by a demoralising 1-0 home loss to Luxembourg, which followed a hard-fought 3-2 defeat in Serbia.

Seven of those who played in the two games were aged 22 or under, and among the criticism which has engulfed Kenny and his players since has been a suggestion that some of the youngsters introduced by the former U21s boss are simply not good enough and never will be.

However, speaking ahead of Tuesday night’s friendly against Qatar in Debrecen live on Sky Sports, a defiant Kenny said: “It would be too easy for me to say that we’ll have long-term success with this, but what I will say is that all of those players coming through, a lot of them are very talented.

“There are some suggestions that they’ll all end back playing in Ireland and that they’re not that talented. All those players that have come in – Dara O’Shea, Jason Knight, Jayson Molumby, Aaron Connolly, Caoimhin Kelleher, Gavin Bazunu and all of those players, they will all have good careers at the top level.

“They are going to be good players for Ireland in the future and they are talented players, and you will see them blossom – and other players like Troy Parrott as well and players I haven’t even mentioned.

“We’ve got a whole lot of players coming through and that’s a real positive in relation to it. But I do think it’s not just long-term, I think we can be good in this campaign.” 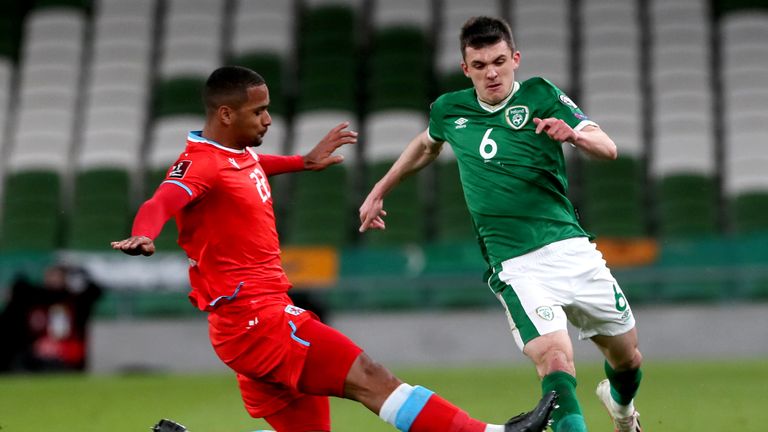 It will take time for Kenny to embed a new generation and attune them to the rigours of senior international football, but Derby midfielder Knight, 20, is convinced they are ready to make an impact now.

“I guess you can say that, but us young lads coming through need to step up now,” Knight said. “This is the international stage and you’re here for a reason, so it’s down to us to ultimately perform and perform when we are asked to.”

Kenny’s future has been called into question since the weekend, not just because of the defeat by Luxembourg, but the fact that it stretched his run without a win at the start of his reign to 10 games.

He said: “I knew when I took the job that that’s where we’re at: if you lose to Luxembourg, you have to accept the criticism.

“Against Serbia, we showed what we were made of and lost 3-2. The big let-down for us has been losing to Luxembourg.

“It’s not the Luxembourg of old and we can’t be disrespectful, but our expectation is that we should be beating them at home. We didn’t and you have to expect criticism for that.”