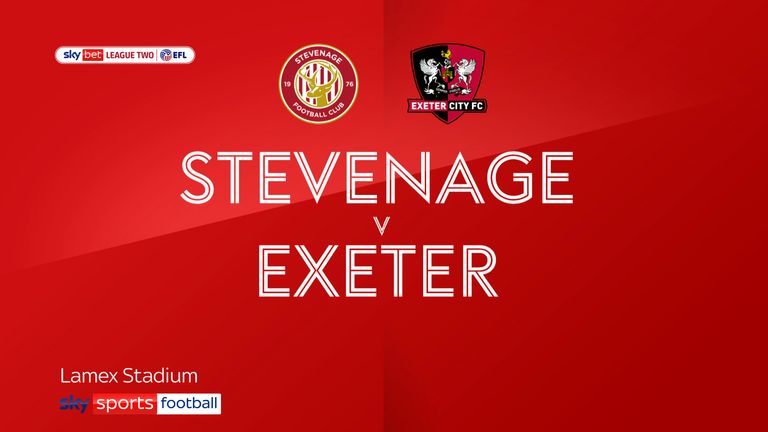 Exeter got back to winning ways by beating Stevenage 1-0 to move to within a point of the League Two play-off places.

Rory McArdle’s glancing header just before the half-hour mark proved to be the difference in a hotly-contested affair at the Lamex Stadium.

The Grecians recovered from back-to-back defeats and inflicted a first home loss on Stevenage in seven games.

The hosts started brighter as Matty Stevens drew a smart low stop from Jokull Andresson before the lively Luke Norris crashed one against the bar from 20 yards.

Exeter’s Ben Seymour fired a gilt-edged chance into the side-netting but his side would not have to wait long to hit the front.

Defender McArdle turned in a teasing delivery from Jack Sparkes in the 28th minute, beating David Stockdale, whose signing was announced by Stevenage as the sides were warming up.

Matt Jay could have added a second for Matt Taylor’s side but was thwarted by the woodwork.

Despite the tireless running of Stevens and Norris, Stevenage could not salvage a point which would have helped ease their relegation worries.