The EFL has approved the takeover of Sunderland by Kyril Louis-Dreyfus, who becomes chairman with immediate effect.

French billionaire-heir Louis-Dreyfus, 23, has acquired a majority shareholding in the Sky Bet League One club, with Stewart Donald, Juan Sartori and Charlie Methven each retaining a minority shareholding.

Louis-Dreyfus was in attendance as Sunderland lost 2-1 to Shrewsbury Town last week, his first public appearance since announcing on Christmas Eve he had agreed a deal to become the new owner at The Stadium of Light.

Donald said: “I am delighted to welcome Kyril Louis-Dreyfus to the club as our new chairman and controlling shareholder.

“Kyril’s commitment, acumen and integrity convinced us to accept his proposal. His vision and desire to bring success back to Sunderland was obvious from the outset and his bid is the one that we feel gives the club the best chance of long-term success and sustainability.

“When we entered into negotiations with Ellis Short three years ago, Sunderland was nearly £200 million in debt, was losing £35 million per annum, and had all but been relegated to League One.

“Our plan was to work hard to turn around the finances of the club, put it on a stable footing and to get promoted back into the Championship. I am proud to say that we have achieved what we set out to in terms of SAFC’s finances – the club is debt-free, was breaking even prior to the pandemic and has retained its Category One Academy status. 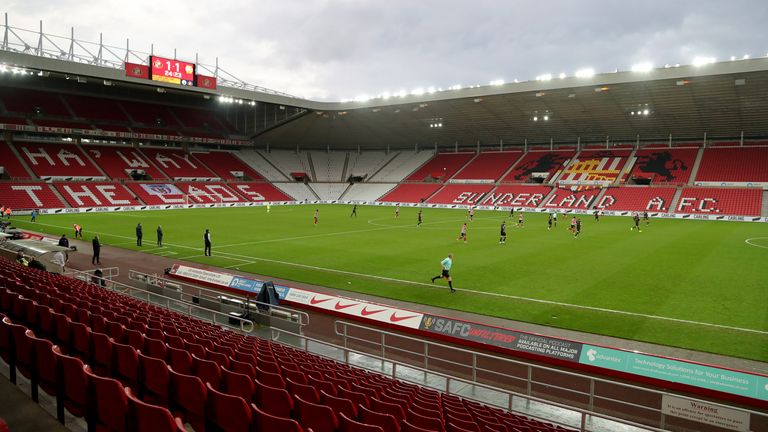 “However, it is no secret that – despite spending the highest transfer fees and playing wages in League One history – progress on the pitch has not followed suit. That has been a bitter disappointment for us as owners, and we can only apologise for falling short in this regard.”

Louis-Dreyfus said: “I would like to thank Stewart, the Board of Directors and the EFL for their diligence and support throughout the recent process. I am proud to become a custodian of this esteemed institution, but I also recognise the significant responsibility that comes with it.

“Today marks the start of an exciting new chapter in Sunderland AFC’s history and although the current landscape facing football dictates that there are challenges to overcome, I am confident that together we can weather the present storm and put solid foundations in place to bring sustainable and long-term success to the club.”