Report as John Sheridan’s first home game as Swindon manager ended in a heavy defeat; Swindon without a win in three league games and only one point above the relegation places 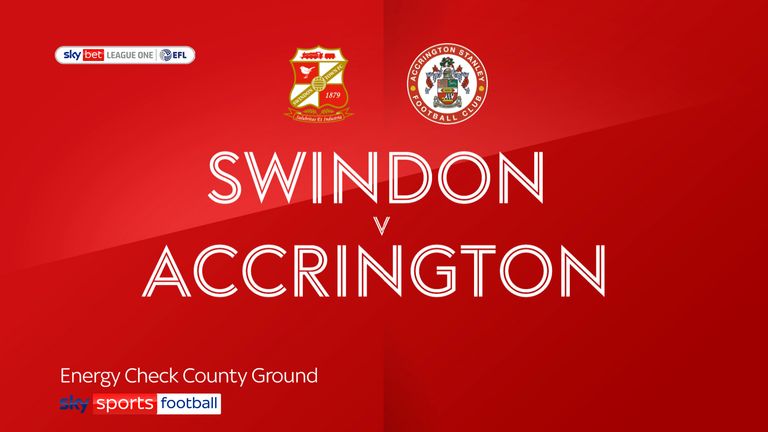 John Sheridan’s first home game as Swindon manager ended in a demoralising 3-0 defeat at the hands of Accrington.

Stanley were gifted the lead in comedy fashion after only six minutes, setting the tone for a one-sided first half at the County Ground.

Akinwale Odimayo played a simple pass back to Swindon goalkeeper Joe Fryer, who slipped as he attempted to clear and watched in anguish as the ball trickled into his own goal.

Fryer was also partly culpable for the visitors’ second goal in the 25th minute. Cameron Burgess’s left-wing cross was volleyed goalwards by Matt Butcher and when Fryer came racing off his line to punch the ball away, Colby Bishop nipped in to nod into an empty net.

Swindon’s nightmare first half was compounded when Dion Charles rounded off an excellent team move from close range to make it 3-0 seven minutes before the interval.

The struggling Robins at least stemmed the tide in the second half but are now without a win in three league games and only one point above the relegation places.