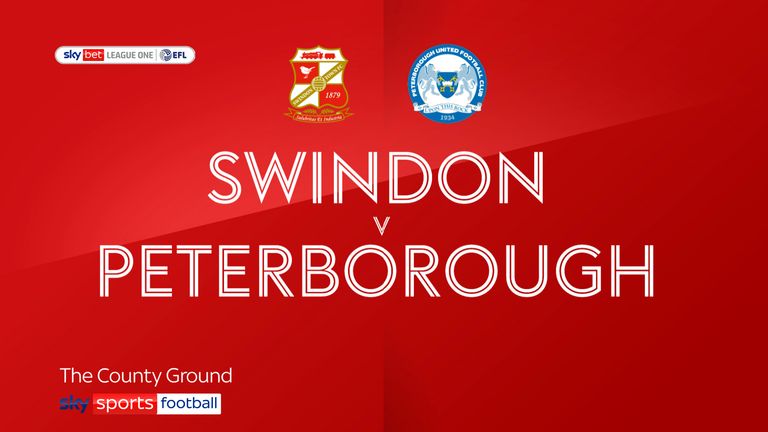 Siriki Dembele’s brace and a goal from Jonson Clarke-Harris secured a comfortable 3-0 win for Peterborough to heap further misery on struggling Swindon.

After a quiet opening quarter of an hour, Dembele struck on the 17-minute mark after he was played in by Mo Eisa before rounding Lee Camp and slotting into the open goal for 1-0.

It was 2-0 six minutes later when Dembele demonstrated lovely footwork to bamboozle a couple of Swindon defenders and then he slotted in well to put the game out of sight as early as the 23rd minute.

Clarke-Harris made it 3-0 in stoppage time with a powerful effort to put the cherry on the Peterborough cake.

Joe Bursik had an easy afternoon in the Peterborough goal and was not tested until Scott Twine attempted a 40-yard free-kick that was saved after it bounced into his arms.

Clarke-Harris should have made it 3-0 earlier than he did just after the hour mark with a penalty, but he dragged his spot kick wide of the right post.