Manchester United legend and current Ajax CEO Edwin van der Sar has accused Erik ten Hag of “not helping” his former side after raiding the Eredivisie champions following his own move to Old Trafford. Ten Hag swapped Amsterdam for Manchester at the start of the summer before returning to Ajax to pinch Lisandro Martinez and Antony in mega-money deals.

The Red Devils splashed out in excess of £200million on signings over the summer as the club broke the record for the biggest single-window spend in their history. United brought in six new faces as Ten Hag sought to shake-up a struggling squad and made a point of targeting players he was familiar with.

Despite a stubborn resistance from Ajax, the Dutchman eventually managed to poach Martinez from his old side in a £56.7m deal before returning for Antony in the final few days of the transfer window. Amid the Dutch giants’ staunch not-for-sale stance, the Brazilian winger went on strike in order to force through a move to Old Trafford.

With United chiefs understood to be on the verge of abandoning negotiations after Ajax declined several offers, Ten Hag is said to have convinced the club’s board to up their bid to £86m, which proved to be enough to tempt the Eredivisie outfit into cashing in. However, Ten Hag’s tendency to raid his old club appears to have seen him burn bridges.

JUST IN: Premier League matches next week may be postponed amid ‘major concern’ 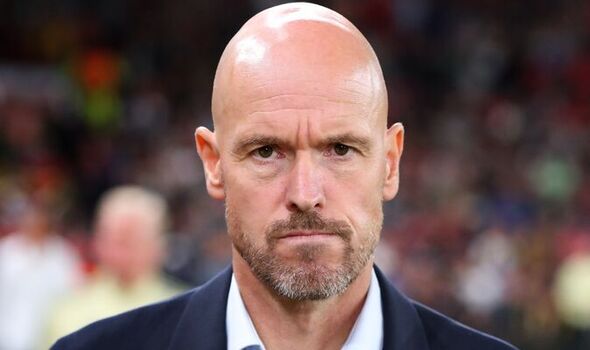 According to United legend and current Ajax CEO Van der Sar, Ten Hag is “not helping” Ajax, who continue to find themselves a victim of their own success and in constant need of regeneration. Speaking to BT Sport, the iconic former goalkeeper said: “The fate that Ajax has, we always develop and scout very good players and sometimes young players, if they want to take the next step, they always go to England, Germany, Spain, that kind of thing.

“So, of course we’re losing Erik [ten Hag]. We knew we were losing already a great manager. And yeah, he’s not really helping us. Of course, he took two of our best players also [Antony and Martinez], we got a good transfer fee for them. And of course, that is the fate a little bit that Ajax has.”

While Ajax were evidently left unimpressed by Ten Hag’s transfer tactics, especially as a last-minute move for Antony left them with little time to recruit his replacement, the £86m spent on the winger alone is thought to be almost as much as the club’s annual turnover. 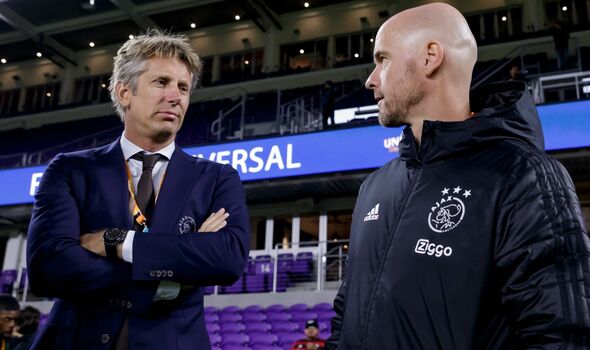 Martinez and Antony have both played their part in United’s revival over recent weeks with the former having scooped the club’s player of the month award following a series of impressive showings and the latter scoring on his Red Devils debut in their 3-1 win over Arsenal last weekend.

As for Van der Sar, the 51-year-old penned a fresh deal to stay on as Ajax’s CEO until 2025 on Friday. The former Netherlands international has occupied the role since 2016 and was even thought to have attracted interest of his own from United last year.