Not too worried then Erik?! Smiling Ten Hag is seen for the first time since Cristiano Ronaldo’s explosive Piers Morgan interview, as the Man United boss cuts a relaxed figure at UEFA coaching forum

The Portuguese superstar made some astonishing claims in his interview with Piers Morgan, accusing the club of ‘betraying’ him and insisting that he ‘doesn’t respect’ Ten Hag because he feels the Dutchman ‘doesn’t respect’ him.

As snippets of the interview continue to be drip-fed before its shown on Wednesday and Thursday, Ten Hag has been pictured for the first time. 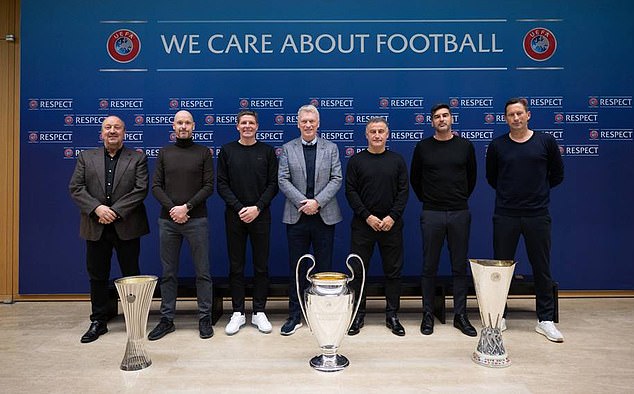 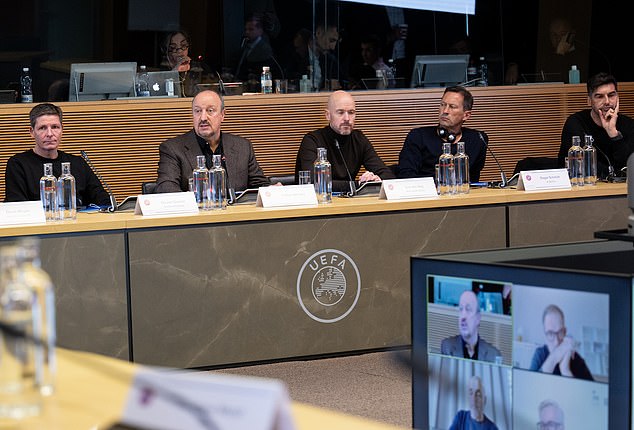 The Dutchman cut a relaxed figure at UEFA’s elite coaches forum meeting where he is seen with the likes of Rafael Benitez and West Ham manager David Moyes, while the likes of Carlo Ancelotti and Thomas Tuchel were also said to be in attendance.

In a group photo among his contemporaries, Ten Hag had a smile on his face, not looking like a man concerned by the fact that the club’s biggest name had ripped them apart in a television interview just days prior.

The forum in which he attended, covered a number of subjects including the Champions League’s new format and the financial sustainability system for participating clubs, as well as VAR, player behaviour, respect and the laws of the game. 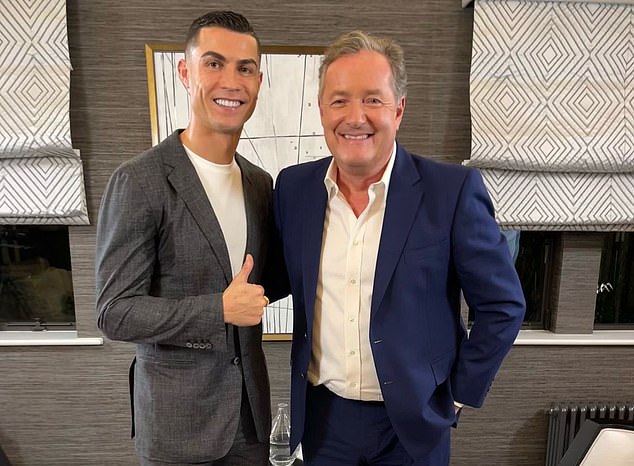 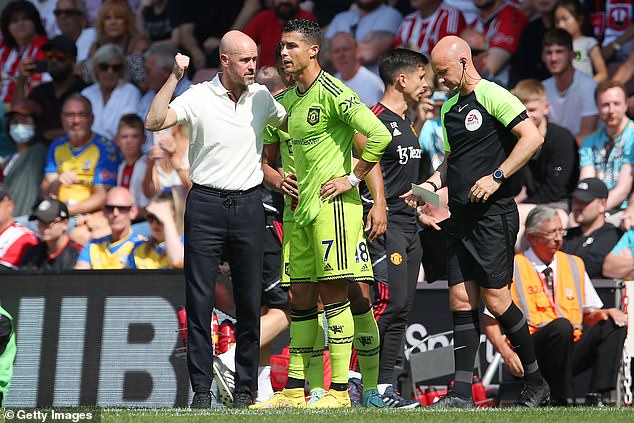 Compared to the relaxed persona he cut at the UEFA forum, there have been reports suggesting that Ten Hag is unsurprisingly not happy with the nature of Ronaldo’s comments.

Reports claimed that he feels Ronaldo has gone too far in his criticism of the club, and held a meeting with co-chairman Joel Glazer, chief executive Richard Arnold and football director John Murtough to express his views on Monday.

It’s said that he delayed his family holiday to deal with the matter and has told the club’s bosses that he believes Ronaldo should never play for the club again.

While he feels a motivated Ronaldo could contribute in a positive manner during the second-half of the season, he is ‘not willing’ to sacrifice unity within the squad by keeping the Portuguese international.

Before starting work at his new club, Ten Hag said in May that he couldn’t wait to work with Ronaldo – one of the greatest players of all time.

However, the relationship has been a strenuous one with Ten Hag twice disciplining Ronaldo since July.

He was first reprimanded for leaving their pre-season friendly with Rayo Vallecano early, before he was left out of the squad for a match after his refusal to come on as a substitute against Tottenham.

Ronaldo, who was the club’s player of the year and top goalscorer last season, has had a far more reduced role since Ten Hag stepped into the role. 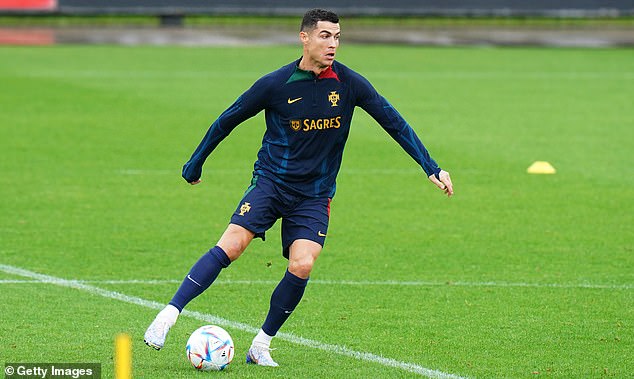 Ronaldo is now away on international duty with Portugal ahead of the World Cup, as Manchester United study Ronaldo’s claims and consider its response to his interview

He has often been used as a substitute, with just four Premier League starts so far this campaign.

In his interview with Morgan, he stated: ‘I don’t have respect for him because he doesn’t show respect for me.

‘Some people, they don’t want me here – not only the coach but the other two or three guys. Not only this year, but last year too.

‘Honestly, I shouldn’t say that. But listen, I don’t care. People should listen to the truth. Yes, I feel betrayed.’

Sportsmail on Monday reported that United are exploring ways of sacking Ronaldo and that lawyers are studying Ronaldo’s claims to see if it constitutes a breach of his contract.

They are waiting for the rest of the interview which airs on Wednesday and Thursday, and issued a statement on Monday saying they ‘will consider its response after the full facts have been established’.