It is the sort of technological problem we all get frustrated by, but you wouldn’t necessarily expect at the gloss of a Premier League football club. Joe Cole, however, remembers it well.

Coaches would be trying to display specific pieces of information or pictures to show the squad, only to realise they were on different laptops or tablets, and couldn’t be put together without a lot of hassle.

It was also an obvious problem, that Dave Hancock sought to find a solution for. That was his company ApolloV2, which is the consequence of a lot of experience and a lot of research. The former England physio has helped design the ultimate system from which to co-ordinate an entire club, and “build a house”.

Hancock’s credentials couldn’t be better. As well as England, he has been Head Physio with Leeds United and Chelsea in football, played rugby union and also worked in the NBA as performance director for the New York Knicks, as well as sitting on Nike’s performance board for five years. Former Manchester United Head of Performance, Tony Strudwick, has advised the company.

“What we did was go to all of our contacts and ask, ‘what is it you’d want in an ideal world?’” Hancock explains. “‘What are the problems you had? How can we save people time?’ I looked at all the different players I’ve worked with, all the different systems. I tapped into all these resources, and people I’ve been privileged enough to work with, to build a system that is completely adaptable to the user. “So most Premier League teams use a different video editing tool to edit video clips, but then have to use a different system to view or edit the videos. All the coaching notes, tactics boards, medical, strength and conditioning, GPS data they’re all on different systems. So with this silo effect, the left hand doesn’t know what the right hand is doing. You end up having data on different people’s laptops, it’s not always stored or backed up.

“You’re not privy to that information at the touch of a button.

“So we give our platform to a club or organisation. That’s what Apollo is. It can plug and play the existing systems, scouting systems, whatever. You also don’t need to change your daily operations. You bring it all together.

“Whatever you’re using, be it an Apple watch, can automatically synch into the system.” 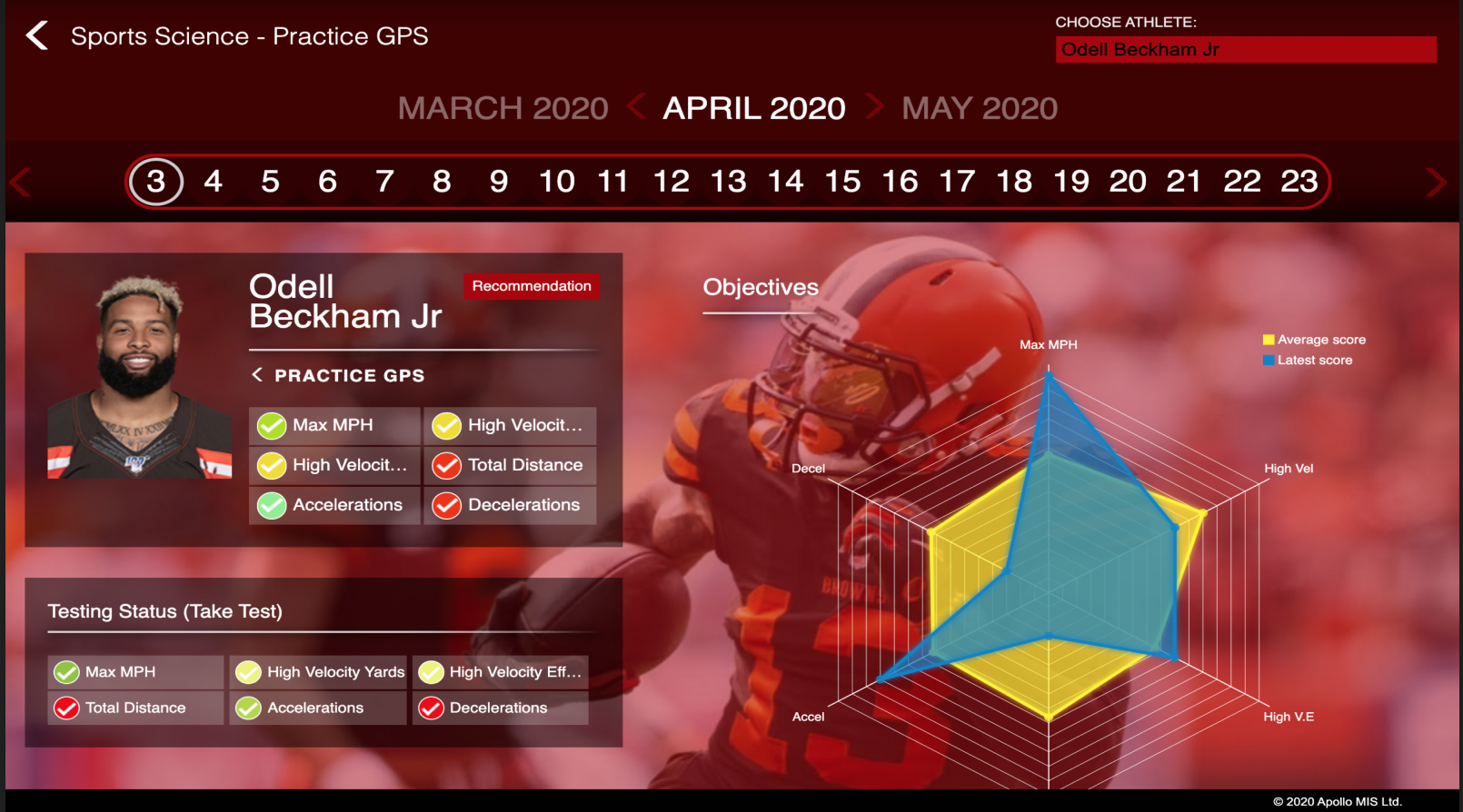 The requirement for such a platform also reflects just how much technology has been integrated into the modern game. You can call up analysis in the blink of an eye and it would no longer cause anyone to blink. Cole works with Apollo and recognises just how much football has changed.

“I know Dave from Chelsea and England and he’s always been very innovative,” the former Chelsea star says. “He’s been at the forefront of science’s integration into football, and seen how important it is.

“If you’ve got the right analysts, performances can go up very quickly. Football has improved dramatically over the last 10 years. I’m not one of these players who thinks football was better in our time. Football’s moving on. I think the game is better tactically, physically, technically. The science around the game is obviously so much better, they’ve a lot more knowledge. And the margins are then so small, you need to squeeze everything from every training session. I think it’s partly because of systems like this, where you can share ideas and communication. It’s helps the improvement of football and footballers.

“Football is the hardest sport to analyse because it’s so fluid, and I think Apollo is great for that. When I step into management myself, it will be one of the first things I do.”

Systems like Apollo are also proving particularly helpful now, during the coronavirus crisis, as players have to try and stay fit remotely and without games.

“The system can record everything,” Hancock says. “Training schedules, videos, plays, heart rate, GPS, acceleration. The player can upload it to a normal system, and then it goes directly into ours, so the staff can see it all.

“Players these days aren’t like the 90s. In the summer, say, they’d all go away, have a drink, whatever they do. All that has changed. The nutrition of the athletes, the standard that they’re running, it’s a different level. Most of these guys have three to four weeks off in pre-season, do a bit of training during it, but they’re not going to detrain. “When they come back to pre-season, it’s just a top-up and then you’re bringing them back to the level. If this crisis extends, though, it’s going to be a lot longer than three weeks. It could be up to 12 weeks, so then you’re in an American system, where the major sports have four or five months off. That’s when a system like this becomes invaluable.”

Cole feels it can have a value beyond fitness.

“It’s not just physical. It’s tactical,” Cole maintains. “This could be a time you really do an appraisal on a player. You might be scouting a player, but see something else in your own, what we need him to do more. This is what the system allows. You can show his technique slowed down.

“It could also offer a bit of fun right now. Clubs might be able to release info to fans. We all love data like speed, see who’s the fastest over certain distances. This is the future of football.”