The Scottish FA says”football can have a positive impact” as it launches its first-ever Mental Health Action Plan to tackle the stigma around the subject.

The new plan has been launched as part of the Scottish FA Equality Framework; Football Unites, which aims to make Scottish football representative and reflective of the demographic of Scotland at all levels.

The plan is released in conjunction with the Scottish FA’s support for the Royal Foundation’s Heads Up mental health campaign.

Earlier this year, the Scottish FA signed a joint declaration committing to make mental health a key priority at all levels of the game, as a lasting legacy of the Royal Foundation’s Heads Up campaign.

We are pleased to launch our first ever Mental Health Action Plan.

It aims to end the stigma around the issue in football & create an environment for people to talk openly about their mental health in the game.https://t.co/L6W2NqBBIA

The ‘Mentally Healthy Football’ Declaration has seen governing bodies, leagues and organisations from across UK football recognise that mental health is as important as physical health, pioneering a ‘team approach’ on this important issue.

To make a difference across Scotland, the Scottish FA has created a new action plan which will allow the organisation to lead from the front and promote positive mental health across the game.

It will provide appropriate education and signposting for all involved in Scottish football, from players and coaches to fans and their families.

Governance, education, awareness and signposting are the four key pillars of the action plan, which will run for four years and work in conjunction with the ‘Football Unites’ programme.

The Scottish FA’s Diversity and Inclusion Manager David McArdle said: “When the Royal Foundation’s declaration was signed, we made a commitment to make a difference in people’s mental health across Scotland. Through this action plan, we believe this will help us achieve that. 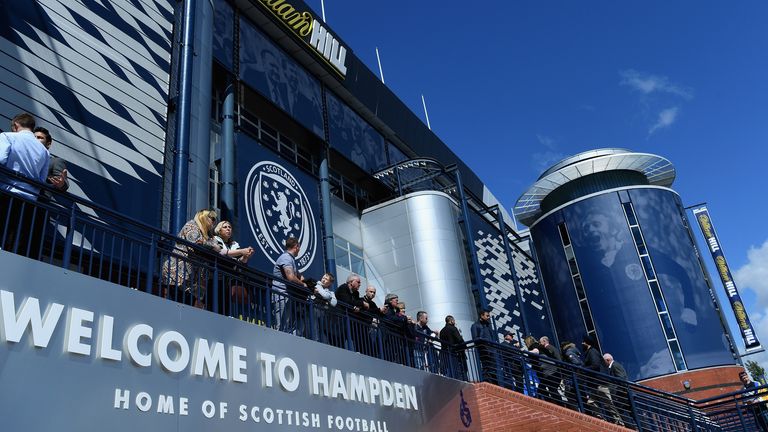 “We know 10 per cent of teenagers and 25% of adults will be living with a mental health condition each year and at the moment, one in three GP appointments is to do with mental health. 700 people in Scotland take their lives each year from suicide.

“It is very much a societal problem but football can have a positive impact on it.

“The Scottish FA has a duty of care to the players within the game but we also have a duty to our clubs, our grassroots clubs and everybody involved in football in this country.

“Football has the opportunity to make a change within society and this action plan has set out targets and a structure which will enable us to assist people involved in the game who are going through mental health difficulties.

“We look forward to working together with our partners Breathing Space and Hampden Sports Clinic along with engaging with stakeholders throughout football and mental health.”