The SPFL will hold urgent talks with the Scottish Government over their threat to veto games behind closed doors on public health grounds.

Already looking at a catastrophic loss of season-ticket income if paying customers can’t attend, the threat of no fixtures at all has seriously alarmed senior figures within the national game. 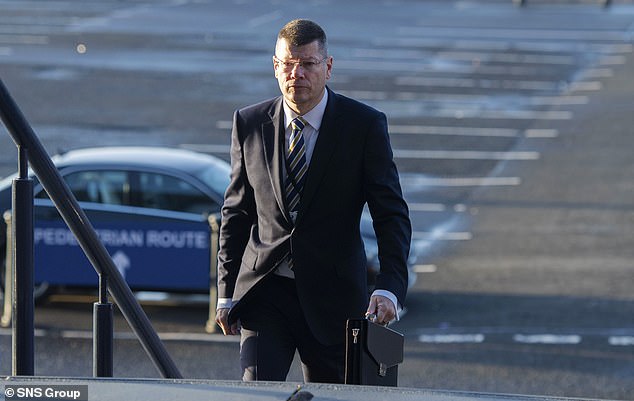 With cash-strapped clubs facing financial ruin if the season can’t start in any form until the autumn, SPFL chief executive Neil Doncaster is heading up one of the joint response group working parties examining ways to restart the game.

And Doncaster has requested critical talks with David Hamilton, Strategic Football Lead for the Scottish Government, to seek clarity and guidance on the issue.

On Tuesday night, a league source told Sportsmail: ‘There will be discussions with the Government in the near future. It’s a question of how do we work together to make sure we do not kill the industry. That is the very real danger here.’

Speaking at the daily coronavirus media briefing on Monday, the First Minister was asked about the feasibility of playing live sport behind closed doors before a vaccine is found for Covid-19.

‘We want to get a semblance of normality back into people’s lives for all sorts of reasons as quickly as possible,’ said Sturgeon. ‘But we cannot do that in a way that risks a resurgence of this virus, and then all of the things we’ve been trying to avoid becoming what happens again.

‘I know that’s not good news for people — which is the majority of our population who have sport as a really important part of their lives and our culture and how we use our leisure time. 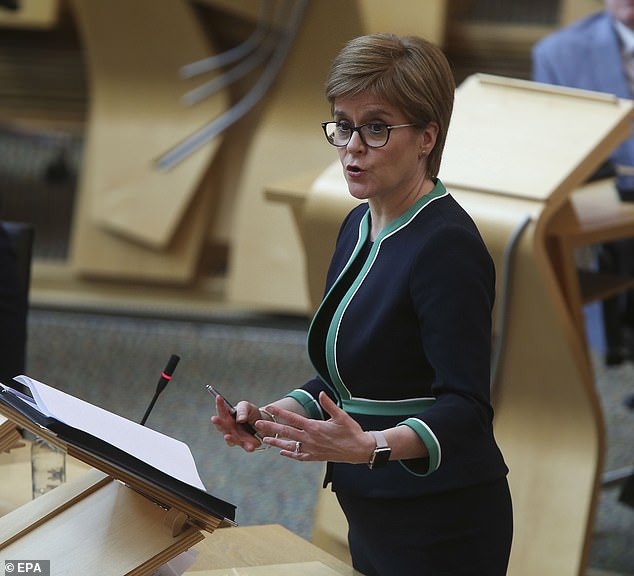 ‘But it would be wrong for me to give a false expectation right now about an early resumption of football matches, rugby matches or large-scale sporting events like that.

‘In terms of playing behind closed doors, clearly there are issues there in terms of does that completely take away the risk of big events?

‘If a match is played behind closed doors but it’s still on television, the danger then is people will still congregate together in groups to watch that.’

With a new, record £160million Sky Sports deal scheduled to commence on August 1, the SPFL fear that a failure to honour the terms of the contract could force a damaging renegotiation at the beginning of a worldwide recession.

The SPFL and SFA working group will talk to Sky about ways to stream live Premiership games to season-ticket holders and supporters who can’t attend games via club TV channels. They will also hold discussions with the other home nations over removing the block on live games being televised at 3pm on a Saturday. While the football authorities accept there is a low probability of full — or even partially full — stadia so long as social distancing remains in place, the broadcast of games behind closed doors is regarded as essential if a financial apocalypse is to be prevented.

‘We need some guidance on how it would work and what is acceptable,’ said the SPFL source. 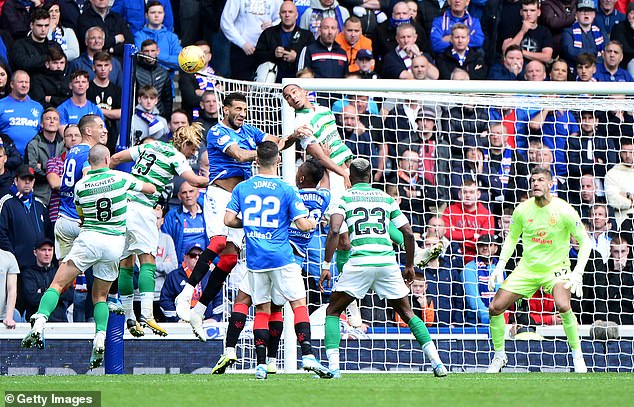 ‘We need certainty and, at the moment, the government may not be in a position to give us the certainty we need.’

On the subject of screening games live, a spokesman for the SPFL said: ‘Obviously, we all want to get to a position as soon as possible where we’re able to resume staging matches in front of crowds. That’s the ultimate goal.

‘That prospect may, unfortunately, be some way off and, until we have clearance from Government, coupled with the expert input from the Scottish FA and club medical staff, we have to explore all other options.

‘That’s why we are already working on a range of alternatives. Broadcasters will have a vital role to play in ensuring that matches can not only resume, but can still be enjoyed by fans via TV or online, if they are unable to attend matches in person.

‘Given his extensive dealings with broadcasters over the last decade, the SPFL’s chief executive Neil Doncaster has been appointed to head a sub-committee of the Joint Response Group, formed by the SPFL and the Scottish FA, specifically to examine ways of enabling matches to be broadcast, even if paying fans are initially unable to attend the matches.

‘This is clearly a unique and extremely complicated situation, with lots of technical challenges, and we will also be liaising closely with our counterparts at UEFA and in leagues in England and elsewhere in Europe to learn from each other’s experience.’