Home » Soccer » The struggle of U.C. AlbinoLeffe, the football club at the epicentre of Italy’s coronavirus fight

The work does not stop for Ivano Riva. Since late February it has been constant, harrowing, almost overwhelming. It is, he admits, “continuous and tiring”. But he has no choice other than to carry on.

Riva is the club doctor at U.C AlbinoLeffe, a football team in Italy’s third tier based in Bergamo. It is a part of the country that has been devastated by the outbreak of coronavirus, the epicentre of a disease that has killed thousands. And the numbers are growing each day.

For Riva and his colleagues, this was something unprecedented. “What struck me most was the huge number of patients who arrived in the hospital in a few days,” he tells The Independent. “It’s something I’ve never seen before.”

Bergamo’s hospitals were overwhelmed. A report in the New York Times late last month revealed the extent to which the city’s population had been hit. Doctors and nurses simply could not keep up. By the end of March, so many had died that coffins were piled up in empty churches.

Riva is at the heart of it, with no time to rest, no time to reflect. The workload has eased slightly over the last few days as new cases become less frequent, but there is no sign of any respite. “It is my duty to try and save these lives,” he says. 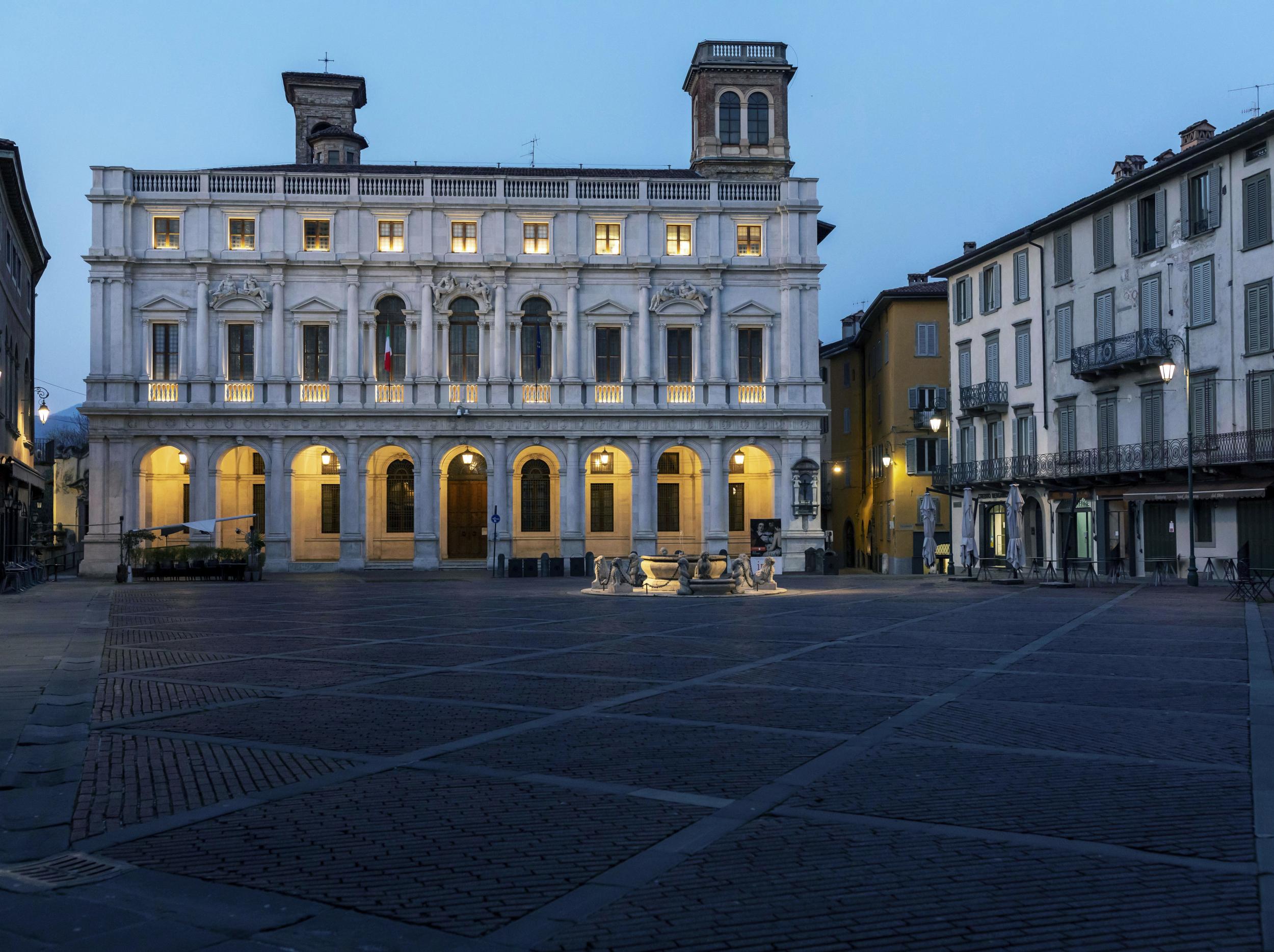 This has not been a typical few weeks for Riva. He is trained as a resuscitating anaesthesiologist, used to working on intensive care units. But this is different. At U.C AlbinoLeffe, he treats football players, makes sure they are athletes in peak physical condition. Now, he has been thrust onto the frontlines of a war against a global pandemic, spending almost every hour of every day at the Papa Giovanni XXIII Hospital in Bergamo.

It is not just Riva whose life has changed, though. For everyone at AlbinoLeffe, a small club founded in 1998 following a merger between Albinese Calcio and Società Calcio Leffe, this is a period of uncertainty, of fear and apprehension.

The impact has been felt by everyone. There have been public announcements from the club over the last month, the latest of which came on April 8. “U.C. AlbinoLeffe expresses deep condolences to Dr. Dario Lo Vetere,” it read. His father, Salvatore, had died.

Another came a week earlier. This time it was for Maurizio Pecis, the manager of the club’s youth team. He had lost his mother.

“The virus has hit us deeply,” says Carmine Giorgione, a midfielder at AlbinoLeffe and the club’s top scorer in Serie C this season. “Several of my friends and relatives of friends have been affected. Unfortunately, some have left us. At the end of this nightmare, everything will change, including us.”

The focus, for everyone at AlbinoLeffe, is simply to come through this pandemic, to help the local community as much as possible. Thoughts of football, of finishing the season, are distant and right now unimportant.

But there are, naturally, concerns about the future. The economic impact of the crisis could prove fatally damaging for a club like AlbinoLeffe, already given very little in the way of financial support from the Italian FA. There is, according to general manager Simone Farina, a very real possibility that clubs could “disappear”.

For now, though, Farina can do no more than ask for support. In the meantime, he is working hard to ensure the club’s many youth players don’t slip into idleness. Activities and individual training regimes, undertaken from home, are encouraged. Staff communicate with players over videocalls, too. The aim is to lift the mood, to keep them occupied. 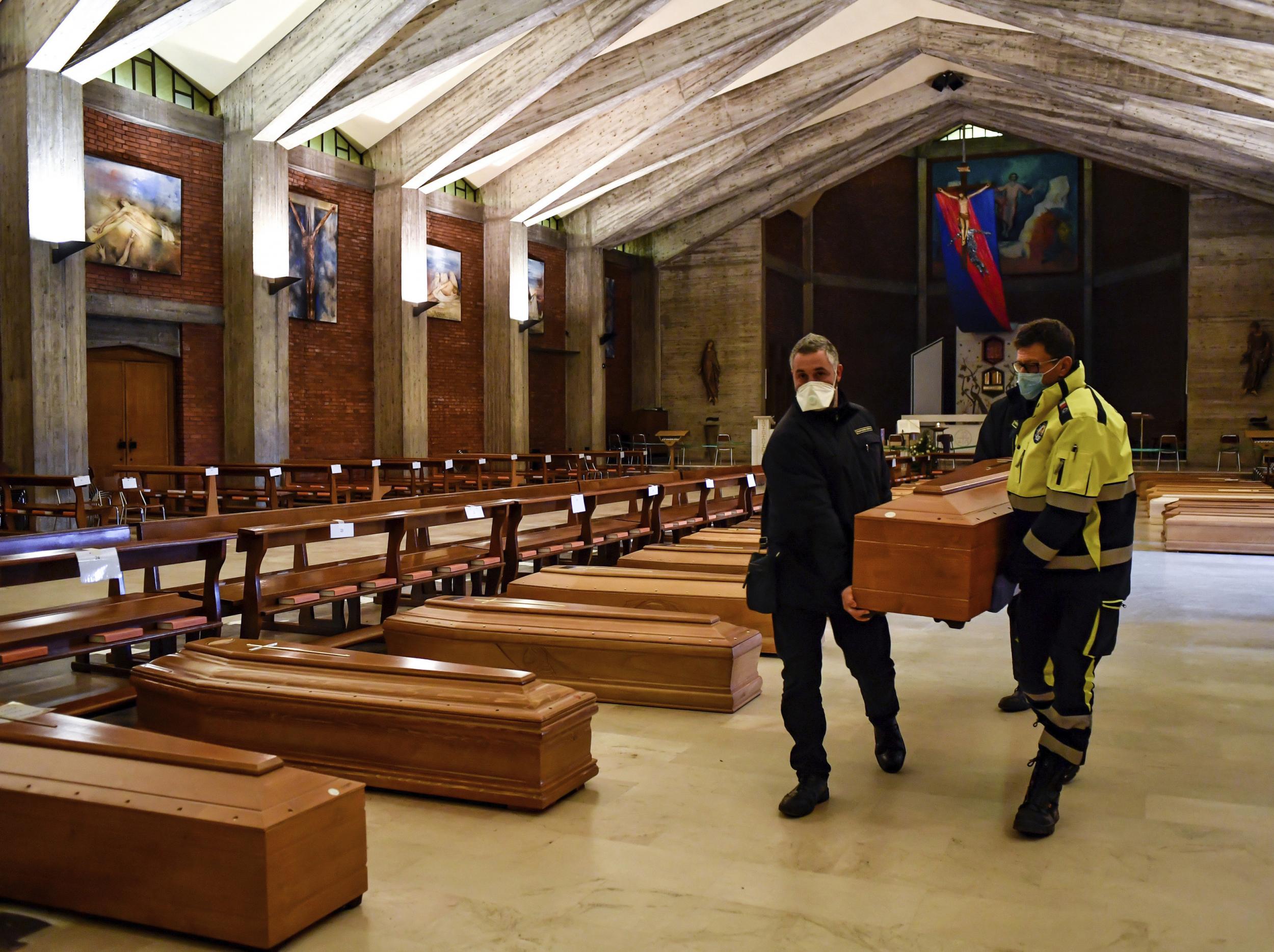 The youth setup is a source of pride for those at AlbinoLeffe. There are close to 250 young players involved, and they are not brought up solely on football. The club’s ethos, Farina says, is one of “inclusion, education and social aggregation”.

This focus on youth allows AlbinoLeffe to compete against clubs with more resources. In 2008, a modern sports centre was built in Zanica, a small town near Bergamo, providing a place for players from the youth sector and the first team to train. Work has begun on a new stadium, too. The hope is that it will be ready for the beginning of next season.

The future, at AlbinoLeffe, looked bright. But the impact of coronavirus is threatening to derail their progress. No-one knows what the impact will be a month from now, a year from now. All that stretches ahead is uncertainty.

That has not stopped players and staff from doing their bit in the fight against the pandemic. They have carried on, valiantly, without complaint and entirely selfless. “Everyone in his small way tries to do his best through gestures, words and actions, in the hope of being able to offer a contribution to defeat the virus,” says Farina. “We are all engaged in this struggle, confident that only together we can overcome this difficult moment.” 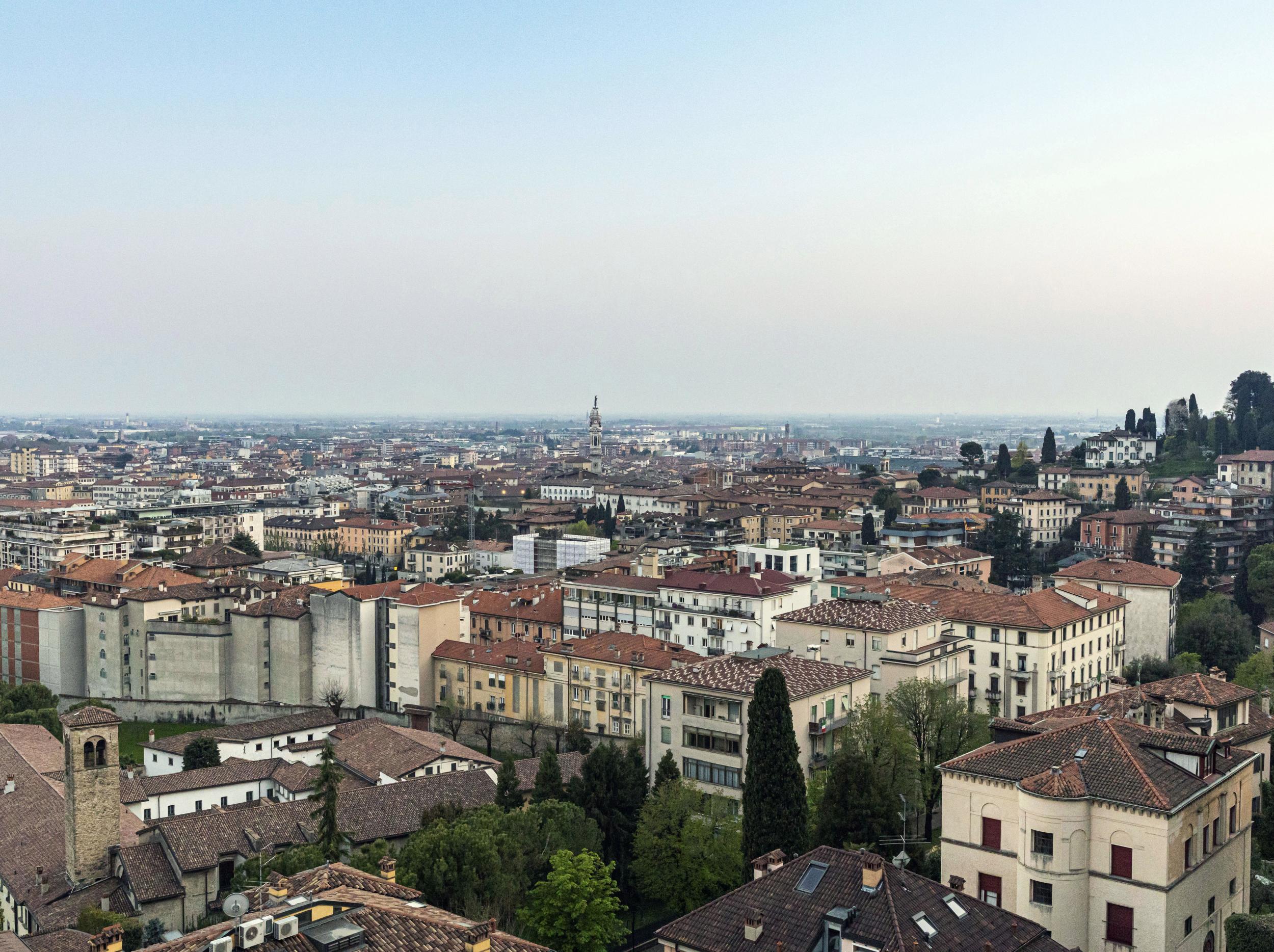 It is, though, without question, the most challenging time in the club’s relatively short history. On April 2, a boy in the youth academy lost his father, Luca Pelucchi. And Fabio Gavazzi, the club captain – a player who came up through the youth ranks – tells The Independent that he “knows someone who died, and someone who is still struggling in hospital”. Covid-19 has left an indelible mark on AlbinoLeffe.

“Seeing what was happening while the whole world was watching was very hard,” says Gavazzi. “Bergamo is a quiet city. Life-changing things never really happen. It has been really tough; it still is, and I think it will be until it passes.”

There is, though, some light at the end of a very long tunnel. Deaths in Italy have started to plateau and the worst of the epidemic appears to have passed. And for Gavazzi, there is cause for optimism. “At the end of this I am convinced that we will appreciate even more what football is and all that it gives us,” he says. “These moments will also help us appreciate more what we took for granted.”

For others at the club, the focus is on the present. First team coach Marco Zaffaroni has sought to bury himself in work, avoiding too much contemplation. “I try not to worry too much about the future,” he says. “Right now I have to try to make this moment productive, try to do things that help in this difficult moment, try to be a better coach when I get back to doing this job.”

AlbinoLeffe have contributed to the national effort to fight Covid-19 not just by offering the services of their doctors. They have started a fundraiser, too, which has so far received over €5,000 in donations. The money raised will go towards buying ventilators and protective equipment for nurses and doctors at the Pope John XXIII hospital in Bergamo.

And that could prove invaluable for those like Riva, who are spending hours each day working tirelessly to save lives. When the football returns he will, no doubt, fade into the background, acting as the club doctor behind the scenes, going about his job with modesty and humility.

For now, though, he is the most important person at AlbinoLeffe. He is putting himself at risk to save others. He is representing the club with integrity and professionalism when it truly matters most. Asked if he feels proud, he replies, simply: “Yes.”

“It has been a new experience for all of us,” Riva says. “But I think I’ve contributed and helped people in this serious emergency.”