On the evening that Thomas Tuchel was one of the targets of a terrorist attack, he went home and just watched a Champions League match. It was, to his “freaked-out” wife, as if nothing had happened.

“I was in front of the TV watching Barcelona against Juventus because it was a Champions League night,” Tuchel explains, expanding – if that’s the right word – on the shocking incident in 2017 when three bombs went off around the Borussia Dortmund team bus as they travelled to a home game against Monaco. “She was like ‘that’s a bit weird’… I hide it maybe somewhere, but it’s still there and it did not have the huge impact that you maybe can imagine.”

He adds something that maybe doesn’t need to be said. “I came home a little bit like a robot.”

So far, so fitting of a certain expectation of Tuchel, but there’s another story that completely confounds assumptions of the 47-year-old.

In his very first team meeting as a senior coach with Mainz, Tuchel walked into the dressing room and just smiled warmly.

Some players were genuinely taken aback. They expected an introduction that was much more severe and intense. One was so struck that Tuchel instantly earned his faith. The player wrote him a letter years later saying as much.

“You came in and you smiled and I thought ‘OK, let’s try together,'” it said.

It is one of the many ways Tuchel almost disarms you.

We all know the image that creates these expectations. He has been seen as a manically intense technician, often giving the impression he is more interested in the technical patterns of any game than its human emotion. It is well told by now that he is a self-described nerd. The inevitable feeling is that his players aren’t so much carrying out a gameplan but almost contributing to a computer programme.

The reality is that, in person, Tuchel is very warm company. He can of course be as super-obsessive as Champions League final opponent Pep Guardiola, but seems more relaxed when not on, and has more interests outside the game. He spends a fair bit of time talking about his work in a bar, as well as his music taste – insisting he doesn’t actually listen to Simply Red that often – and is well able to have a laugh at his own expense.

It is inevitable, then, that Tuchel isn’t just some cold technocrat barking orders at players about counter-pressing plans. He is highly attuned to interpersonal relationships, and there is naturally a lot of nuance there.

Some of that is down to the fact Tuchel’s own life in football has been anything but uniform. He was once one of the boys in the “bubble” – the young stars feted and never told no – only for a chronic knee injury to curtail his career, and then end it at the premature age of 25.

“It taught me a lot. Because, until then, in my home town, I was this kid who could play. So you end up going to Augsburg and you’re kind of like a little bit famous and then you play maybe for the under-18s of Germany and you have some days off school and then you become professional in the second division. I was living in this kind of bubble. It was a different bubble to know but I got a lot of attention, a lot of positive feedback, and a lot of my self-confidence from all that.”

That identity was then stripped away.

“Falling out of this bubble, nobody taking care of me, taught me a tough lesson. Overcoming my pride to go into a bar – because now we can talk and laugh about it – but taking the first step to admitting I need to earn some extra money and, on one day, going into 10 or 12 cafes and bars to ask ‘do you need some help? I would love to.’ There was quite some pride to swallow for me, but it was good in the end it turned out like that. Suddenly, I really felt more self-confident because I was sure my friends liked me because of who I am and because of what we did here together behind the bar, cleaning the place until 3am and all that. It taught me a valuable lesson and let my self-confidence grow in a very positive way.” 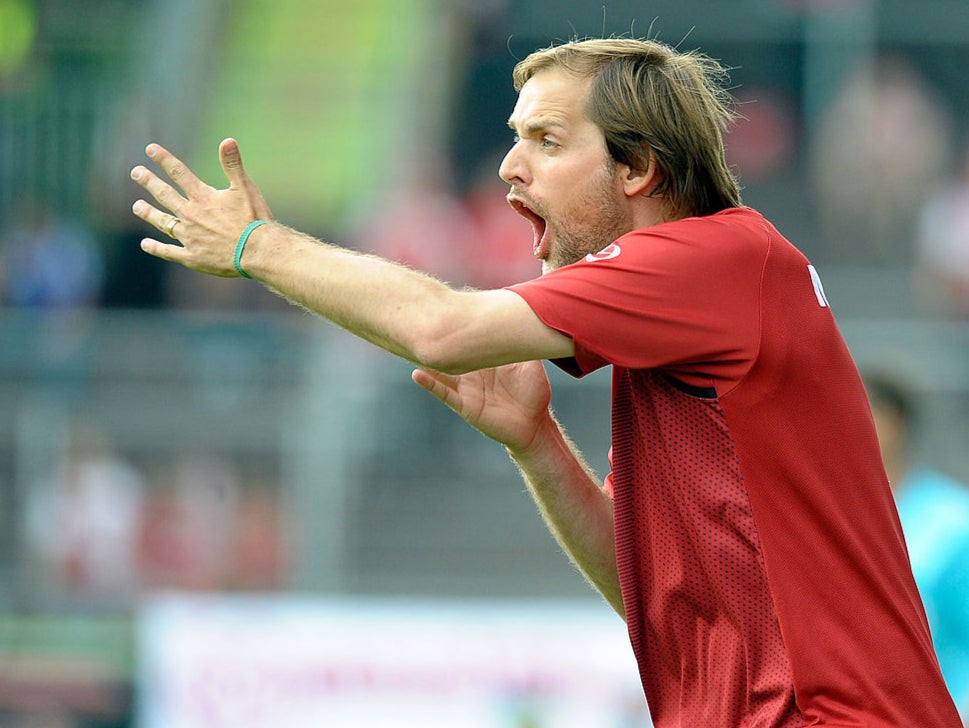 There is an obvious follow-up to that, although Tuchel is sceptical of the idea such life lessons can be forced on modern academy players.

“It would be artificial. I’m not sure what would have happened to me if I earned this amount of money at such an early age. You cannot point the finger and say ‘they should have the same lesson’. They also have their lessons. We cannot create the artificial injury or whatever.”

It does mean that Tuchel adapts his man-management for specific individuals, let alone age groups.

“Neymar also gets some different treatment, this is correct, because he deserves it and he needs it. There is a little bit of give and take with the more experienced players. With the younger players, it’s more of a demand. It’s more ‘hey, I want you to do this’. It’s a constant adaptation but I am only the person I am because of my experiences in life.

Tuchel tells a story from his early days at Mainz, when he wanted to get the team playing a different way, but felt a bit more nuance was required than just imposing it from above.

“The team played long line all the time, but we wanted them to play diagonal. Because I came from youth, I didn’t want to be the guy to tell the players with a huge amount of experience, to constantly interrupt the training and say ‘no, don’t do this, no, I want to have the ball here’. Then the player says ‘yeah, but he was also free’, and then you get into a discussion which leads to confrontation.

“So, I had the idea, let’s put diagonal lines, so there are no long-line balls any more. So what we tried to do from then on is create exercises that forced a certain behaviour. From there, we can encourage the guys and the buys to find solutions within this exercise. Then it’s on me to fund good exercises and create a certain behaviour. Of course, we adapted to everything and adapted to a certain style.

“So I’m not the guy who constantly says ‘no, stop, I don’t want this’. I just have the environment already and from there I just encourage everyone to find solutions, solutions and solutions.”

It has become a staple of his career, a coaching approach called guided discovery.

As regards another prominent moment of his career – or, really, his life – he gives a surprising account of what happened next with the bus bombing. Tuchel ended up going to the trial of Sergej Wenergold, where Marc Bartra testified. The Dortmund defender refused to acknowledge Wenergold’s attempt at an apology, because he had been so affected by the incident.

Tuchel looked on it in a different way.

“It did not catch me like it caught others. Still until today, I do not feel the danger that we’ve been in. I can still see the nails sticking in the bus, where even I sat, and I heard that the nails went over 50 metres and into other windows of houses.

“It was absolutely surreal. Once I was in court later to meet the guy who admitted to doing it. I was even feeling sorry for him a little bit. I could not even feel anger, like ‘wow, what could you have done?’”

Tuchel was really more conscious of being there for his players. A similar attitude comes across when he’s asked what he will do if Chelsea win on Saturday. Unlike many other figures in such situations – and especially a Champions League final – Tuchel doesn’t evade the question out of superstition. He goes for it, again having a laugh at himself.

“We will have fun, we will have a lot of fun, of course. But deep in me is like, I love it when other people are happy. It means more to me around Christmas that I have good presents for the others and it’s very hard to give me a gift, and I get totally excited about it. It’s sad sometimes for the others because it makes them feel bad. Maybe I’m not the guy to dance on the table, but I will be so super-happy if we win and I see my team, my staff, the families and when I feel what it means to my family and to people around my family, to my grandma and to others, this is huge for me and you will have fun if we got out, we will have fun.

“I’ll not drink a still water all night.”