Thomas Frank walks into shot with a fluorescent-coloured cup of water in hand, sits down and sweeps his long hair away from his face.

The Dane, who has garnered a reputation as one of the EFL’s most charismatic head coaches, is seldom seen without a spring in his step, but it’s more prominent on this occasion – and for good reason.

Not only did his side reach the semi-finals of the Carabao Cup earlier this month, they are unbeaten in 15 Sky Bet Championship outings – stretching back to October 27 – and have a comfortable five-point cushion between themselves and the large group of teams currently outside the top six. 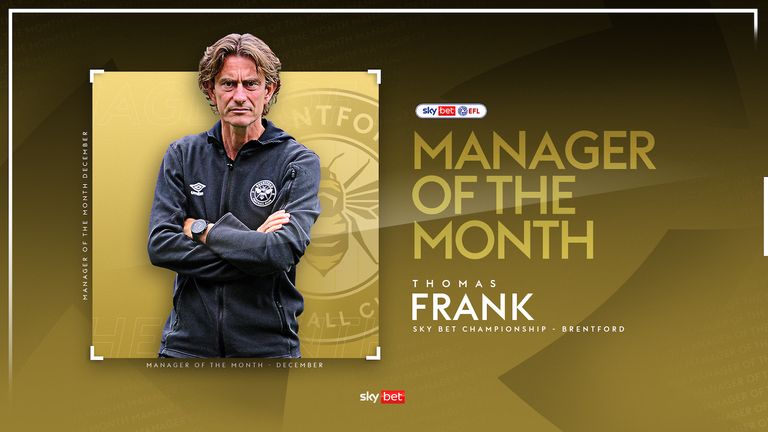 The challenge of setting the record straight after last season’s play-off final defeat to Fulham is quickly gaining traction.

“Nine games is the most that a team has played in December for a long, long time and coming out of that spell unbeaten is incredible,” he tells Sky Sports, beaming.

“I had a meeting with the coaching staff, the performance staff and the medical staff before we went into this busy schedule – which started in the middle of November – where we knew we could play 15 games in a row, Saturday-midweek-Saturday-midweek.

“So if anything, we needed to be aware of how we made sure there was enough freshness in the team, how we prevented injuries, how we performed under difficult circumstances. We then followed that up every week to try to make sure we nailed it with the small details on and off the pitch – and that went quite well. 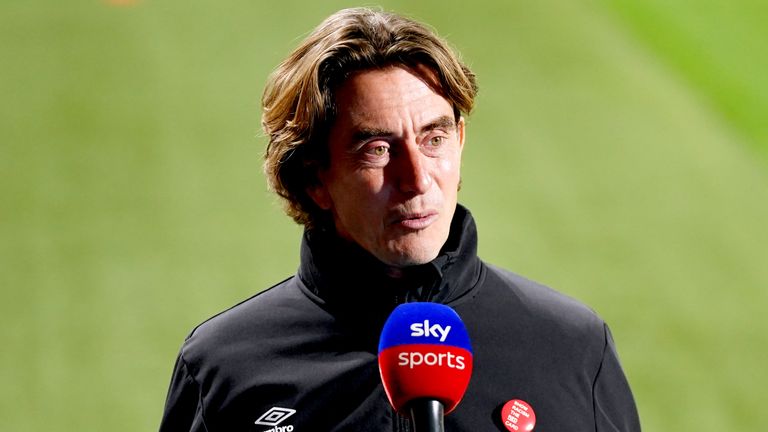 “[It gives us] massive confidence, of course. I do what I can to reinforce it every single day, either showing a video clip of us sprinting back, winning a duel, defending well or some good defensive play. But the best way to show it is when you are coming from behind.

“It’s not difficult when you are leading 1-0 and everyone can see we are close to getting three points, it’s when you are down that you need to show how strong you are. The best example is when we went 1-0 down away to Cardiff, who we know are a very difficult team to play against, and turned it around.”

While a recent coronavirus outbreak at the club forced fixtures against Bristol City and Reading to be postponed, the Bees currently sit fourth ahead of the weekend’s action, the same position they occupied at the same stage last season, albeit five points better off.

It’s another indication that the west London club – who ousted four Premier League teams with relative ease during their Carabao Cup run – are adequately prepared for what appears to be an inevitable leap to the top flight. 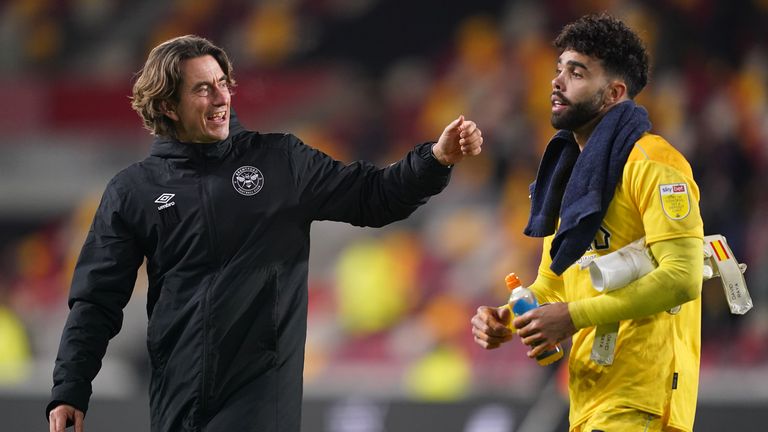 Their newfound bullishness in the transfer window should give them an edge, too. In the summer, Frank openly stated that prized assets Ollie Watkins and Said Benrahma would be allowed to leave the club and, subsequently, they did, joining Aston Villa and West Ham respectively.

This month, though, he has issued a strict hands-off warning to any potential suitors. “It shows the progress of the club that I am able to say it firmly and people will believe it. We won’t sell anyone,” he says.

Owing to changes in the size of a matchday squad this term, Brentford have been afforded the chance to blood youngsters from their innovative and ever-improving B Team, which is now in its fifth season of existence, to supplement the first team squad, including former Arsenal youngster Fin Stevens, Scottish forward Aaron Pressley and Max Haygarth, a recent acquisition from Manchester United.

Frank believes the setup is some way from reaching its ceiling.

“When you start a project like the B Team and when you start to turn clubs around or play a different style of play, it takes years,” he continues.

“If you want to create a good academy and you start today, you will not see the real results before maybe four or five years and, most likely, it will take between five and 10 years. What we have achieved in four years is quite remarkable and I still think we are not where we want to be in terms of the level of players we want to develop.

“That’s not to say the B Team aren’t doing well because they are doing unbelievably well, but it just takes time. 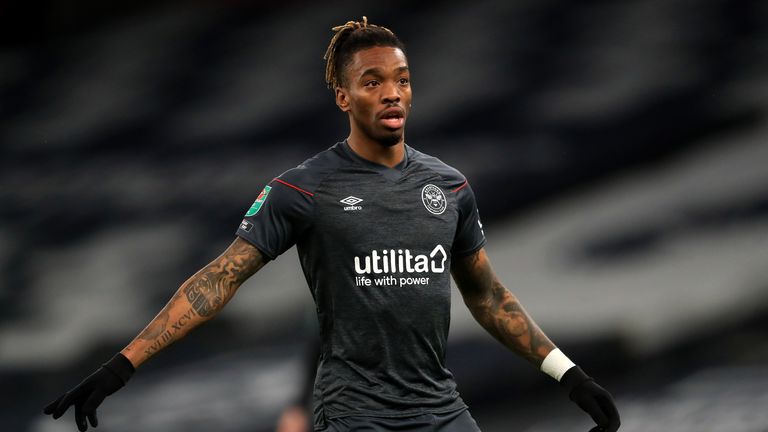 “A lot of the players we have in the matchday squad are a good, prime example of that, but even more important than that is the two players who’ve played quite a few minutes. That’s Mads Bech Sorensen and Marcus Forss, who have been through the programme and not only played but done well at the top of the Championship.

Brentford’s trip to the Tottenham Hotspur Stadium last week saw Frank pit his wits against Jose Mourinho – whom he humanised in his pre-match press conference by saying: “I’ve studied football for years and Jose is one of the greatest of all time. I am still pretty sure he also goes to the toilet sometimes.”

With all being well in TW8, it could become a regular meeting.

“He said that he hoped, but also expected, to see us in the Premier League and I said I hoped so, but you never know, it’s a difficult league,” Frank adds.

“I think that [last season] needs to be the fuel. We are using that extra desire, that extra determination and I also think we have shown that we are growing as a team.

“What we’ve learned is that we’re a little bit more stable, we make better decisions and we have a little more defensive awareness. The group has just come together and you don’t go 15 games unbeaten in the Championship without a real solidness and togetherness in the team. Hopefully we can add another level in the second part of the season.”