It turns out he can miss! Thomas Frank reveals Ivan Toney IS human from the spot after he missed five penalties IN A ROW in training last year with the squad sent ‘crazy’ by the once-in-a-blue moon event

Thomas Frank has revealed, against all the odds, that Ivan Toney is in fact fallible from the penalty spot.

Toney, 26, scored his seventh and eighth goals of the season as Brentford beat Brighton 2-0 to climb to 8th in the Premier League amid a strong start from Frank’s side.

The forward, who was included in Gareth Southgate’s 28-man squad for the most recent internationals against Italy and Germany, scored his 20th penalty out of 20 in a Brentford shirt to secure the result midway through the second half. 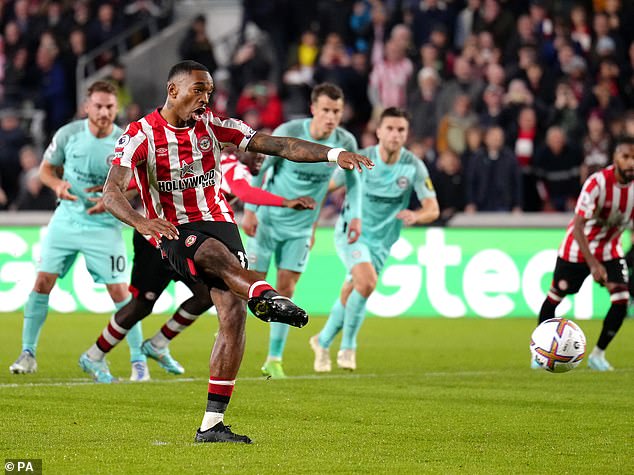 With goalkeepers seemingly struggling to find a way to stop Toney from 12 yards, a carrot has perhaps been dangled by the forward’s own manager, Frank, who revealed to Sky Sports after the game that he saw not one penalty saved from the Englishman last season but five.

Asked by Jamie Carragher if Toney could actually miss, Frank responded: ‘Yes, sometimes. Last year against our second goalkeeper, he missed the first one, all the lads were going crazy.

‘Second one even more, third one, fourth one, then he’s run in changing his boots, “no it’s not right”, new penalty area ready again, missed the fifth one,’ he said, laughing. 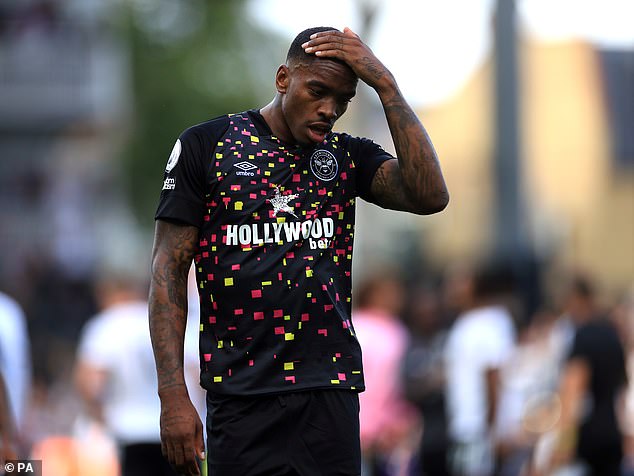 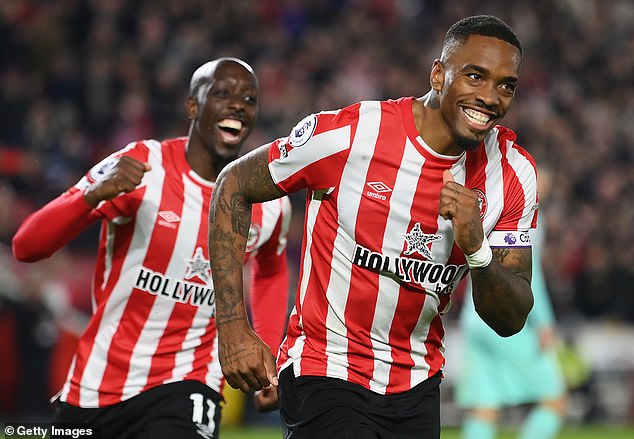 Despite his joking around with the Sky Sports pundits, Frank said he believed his player to be the best in the world from 12 yards.

‘When you practice you get better. I think he’s the best penalty taker in the world. It’s not only because of his coolness. [It’s also} his technique, his strategy and he practises.’

Meanwhile, Toney himself revealed that not much thought process goes into where he’s going to place the ball, preferring instead to relax before stepping up to the spot.

‘To be honest I don’t really know where I’m going so I just hit the ball,’ he said.

‘The keeper’s trying to give the talk and everybody’s trying to get in my head, but I just walk away, compose myself, think of different things, think of being on the beach with a cocktail and put it in the back of the goal.’ 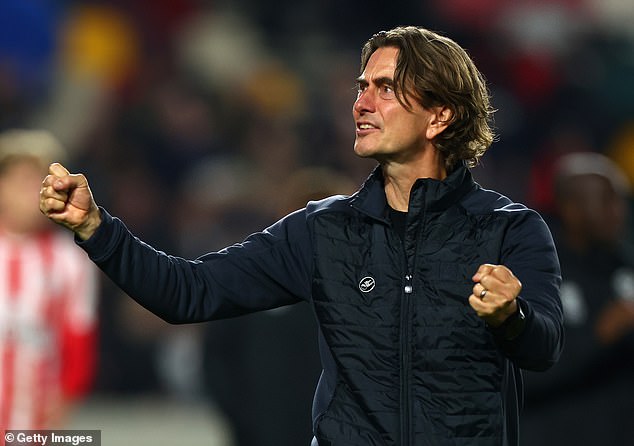 ‘You’ve got to walk up to it nice and composed and put it in the other side of the goal,’ he added.

Toney’s prowess from the spot also reopened the debate about whether or not Southgate would take Toney to the World Cup.

Neville, before and after the game, seemed insistent Toney should be part of Southgate’s final 26-man squad.

‘I went to eight tournaments, five of those got knocked out on penalties. The fact is it’s about having confident players who do it regularly – and England have got a lot of those in the squad,’ he said. 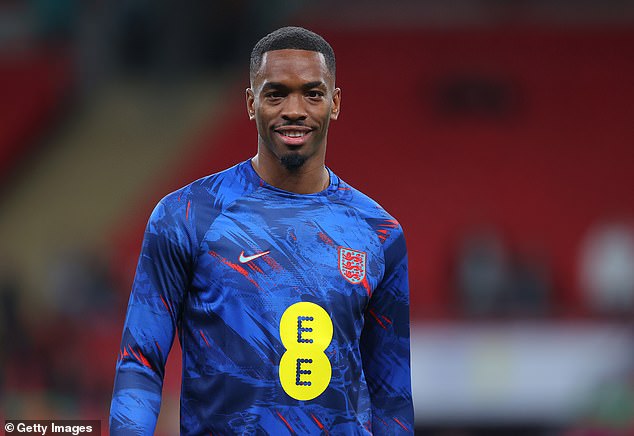 ‘Those big moments will be determined by penalties and free-kicks, to not have him there would be a big risk.’

Toney, despite not playing a minute on his first call up to the senior England squad, said he still believes in himself and thinks he is more than capable of playing at the level required for the national side.

‘I didn’t feel out of place. I felt like I was ready for that step,’ he said. ‘I’m ready to take my opportunity. I always see myself as the best player on the pitch and you’ve always got to have that mentality, no matter who you come up against.’