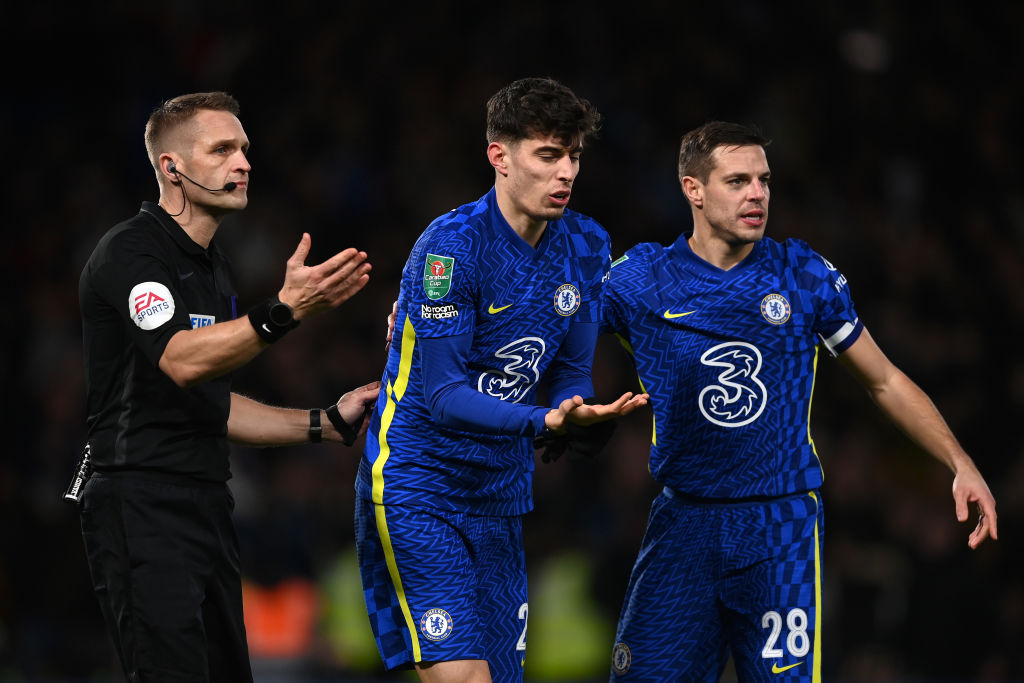 The Blues beat Spurs in the first leg of their Carabao Cup semi-final tie at Stamford Bridge, with Havertz opening the scoring and a Ben Davies own goal completing the scoring in the 2-0 victory.

Havertz played just 45 minutes while Azpilicueta was taken off with just moments of the game left, but Tuchel did not seem particularly concerned over either man’s fitness after the contest.

The Chelsea manager said that the Spaniard was only suffering with cramp, while the German forward is likely to have broken a finger, but that should not keep him out of action.

‘I hope Apzilicueta is only a cramp, he said so,’ said Tuchel. ‘So hopefully he got away with that.

‘Kai, I think he broke his finger. He played through the pain for the first half but then it was too much. Hopefully its not too big an issue.’

It appeared that Havertz suffered the finger injury while celebrating his goal after just five minutes, playing on until half-time when he was substituted.

It may be that the German dislocated his finger rather than broke it, as he only removed his glove and played the rest of the half, which would not keep him out of the team.

Apart from the injuries, Tuchel was purring after the win over Tottenham which has given them a huge advantage ahead of the second leg in north London next Wednesday.

‘I liked the game a lot,’ he said. ‘This is far from normal, how we performed today against a Tottenham who at the moment are so strong, so compact and so full of confidence.’