Chelsea looked uninspired in the goalless draw with Manchester United on Sunday as Thomas Tuchel played Olivier Giroud up front in the 3-4-2-1 system he has employed since taking over at Stamford Bridge. Christian Pulisic has failed to start a single game despite being one of the club’s brighest stars, but another player doesn’t seem to fit in either right now.

Tuchel’s reluctance to play Kai Havertz shows that he needs to change his tactics to allow a player with ‘unlimited talent’ to shine.

Havertz has started just once since Tuchel replaced Frank Lampard, in his debut draw with Wolves back in January, and he didn’t even get on the pitch against United.

The German was given a brief run out against Atletico Madrid on Tuesday, but he has otherwise been a nonentity under Tuchel so far.

Yes, Havertz has had a setback which was described as nothing more than a “minor issue”, but ruled him out of Chelsea’s last four league games. 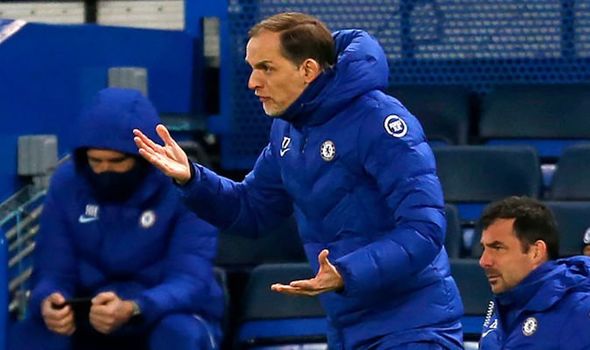 But as Tuchel continues to lavish the club’s record signing with praise, surely it’s time for to put his money where his mouth is (at least £70m, that is), and give Havertz the time he needs to impress.

The Germany international scored his first career hat-trick against Barnsley at the start of the season, showing that he has the ability, against weaker opposition at least.

Tuchel has hinted that Havertz could be used as a false nine at some stage, and with Olivier Giroud failing to deliver the goods against Manchester United, it could well be time for the Blues boss to give that whirl, surely?

Speaking about Havertz, Tuchel said: “He is a unique player. It’s not so clear where he needs to settle, does he need to settle on one special position? Or is he kind of a hybrid player? Today, I would say he’s in between a nine and a 10, something in between. 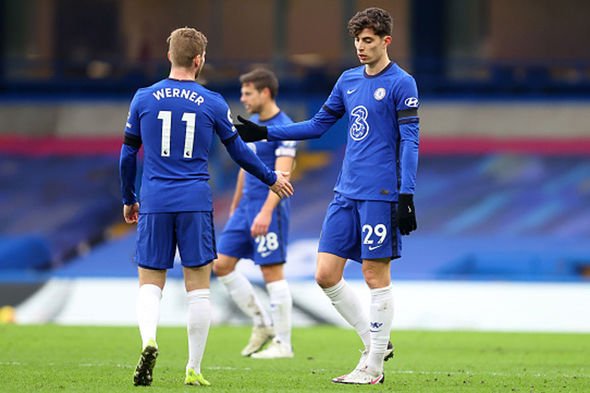 He’s hardly likely to say otherwise, but Tuchel reinstated his confidence that Havertz will still come good at Chelsea.

But until he’s exposed to Premier League football week in, week out, he won’t get there.

When asked about Havertz’ lack of impact so far, he replied: “For me, it’s easy to explain. Since I arrived, the only thing that kept him from making a big impact is his injury, nothing else.

“I see a committed guy, I see a guy who made a brave decision to move abroad at a young age and to go out of his comfort zone and accept a big challenge in a big team, in the biggest league.

“I see a totally clear guy who is totally aware of that, full of talent, unlimited talent and I see a player who will have a big impact in Chelsea.

“I’m absolutely convinced because the mix gives me that feeling that he can have a big role in this club and he is absolutely determined to fulfill his role.

“We will find this role and now we need to give him the time it takes. But he is ready, we are very happy he is back in the squad and he will lift our offensive potential there is no doubt.”