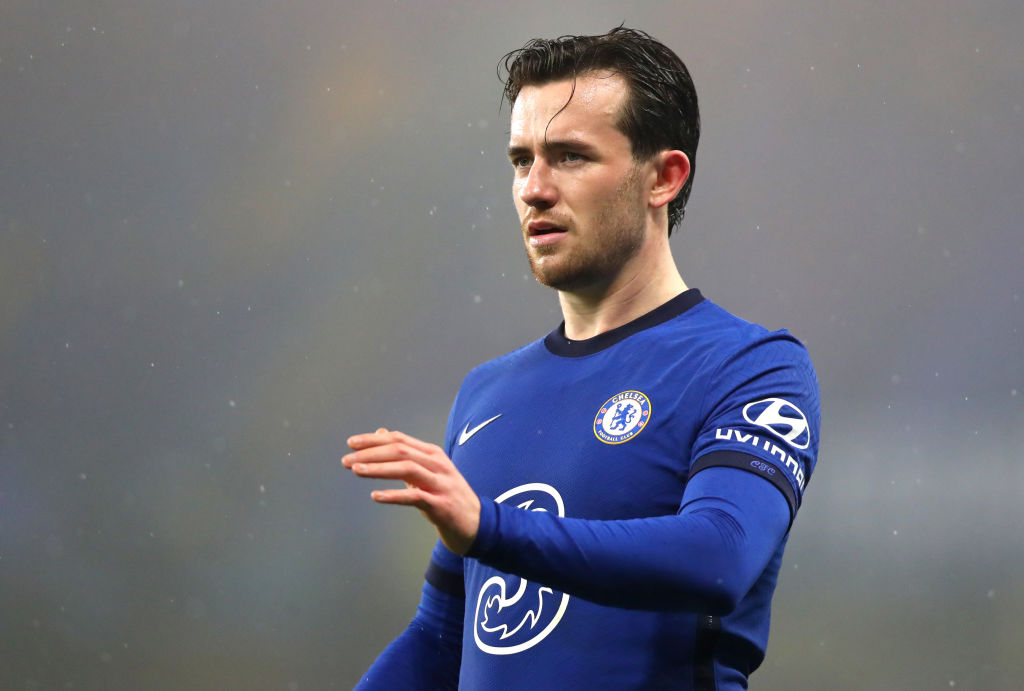 Thomas Tuchel was delighted with the contribution of Marcos Alonso in Chelsea’s 2-0 win over Burnley and warned Ben Chilwell he has a fight on his hands to regain his spot in the Chelsea team.

Tuchel surprisingly omitted Chilwell – one of Chelsea’s standout performers this season – from his starting XI against the Clarets and it remains to be seen if he will be included against Tottenham Hotspur on Thursday night.

Alonso, who had been expected to leave the club in January, performed well in what was his fourth Premier League appearance of the season.

And Tuchel warned Chilwell – a £50million summer signing – he faces competition for a starting berth from the Spaniard.

‘It gives us a big scale of decisions and now Marcos has to work hard to push forward and stay in the squad,’ said Tuchel.

‘And Chilly, at the same time, is pushing to come into the squad and that’s the best situation we can have.’

Tuchel explained earlier this week that Alonso’s inclusion against Burnley was down to the extra height he brought to the team.

‘We had the reason, it was not because we were unhappy with Chilwell but we opted for more size to defend set-pieces,’ said Tuchel.

‘Marcos is used to playing in this role, he has good timing arriving in the box.

‘In the end we are very happy that he scored the second goal that finished the game.’