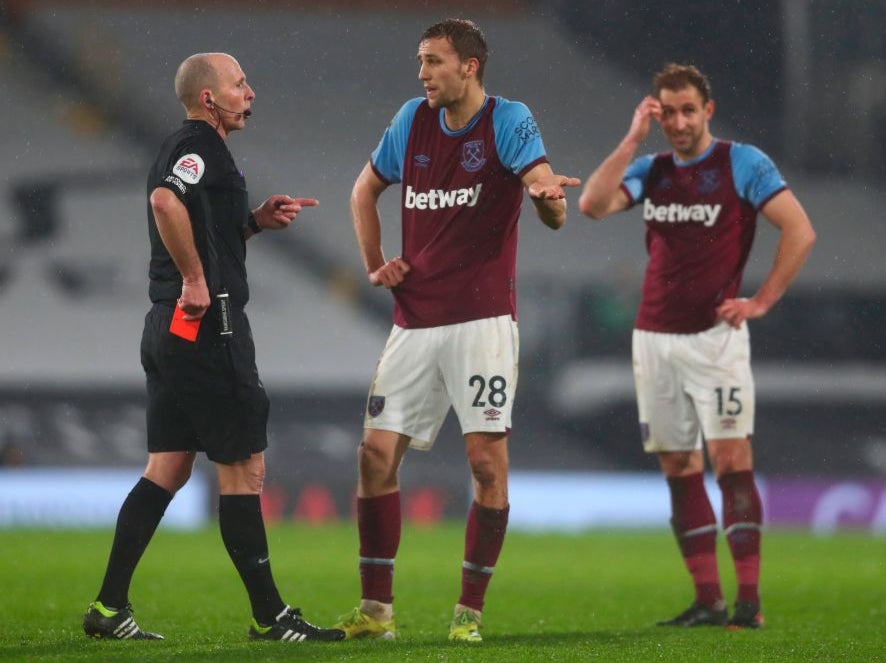 Going into the game, West Ham had won all but one of their last eight matches, including an impressive 3-1 midweek win at Aston Villa.

It was a cagey match, with few clear-cut chances, and both sides had just one attempt on target each in the opening 80 minutes.

The result sees West Ham remain in fifth place, while Fulham remain in the bottom three and eight points behind 17th-placed Burnley.

Fulham started brightly and got into the West Ham box with both Bobby Decordova-Reid and Ruben Loftus-Cheek having shots blocked by the visiting defenders inside the opening 10 minutes.

However it was West Ham who had the first significant chance, when Jarrod Bowen was inches away from meeting a well-hit cross from Aaron Cresswell.

West Ham were almost able to turn their aerial threat goalwards, with Soucek rising highest to meet a corner only to see his header fly over the bar.

Ademola Lookman had an opportunity for Fulham after finding a yard of space just outside the box, but he pulled his low shot just wide of the goal.

Fulham had to wait until just before half-time for their first attempt on target, but Ivan Cavaleiro’s header lacked power and Lukasz Fabianski was able to gather easily.

At the start of the second half, Fulham captain Joachim Andersen found Decordova-Reid but his volley went over the bar, with Loftus-Cheek also putting a chipped shot wide just moments later.

In the 63rd minute West Ham hit the frame of the goal, Declan Rice put a ball into the area and Vladimir Coufal made good contact, but his header rebounded out off the crossbar above Alphonse Areola’s goal.

Moments after coming on from the bench, Aleksandar Mitrovic almost put the home side ahead, when the ball fell for him at the edge of the box but his low drive went just wide of the goal.

West Ham were reduced to 10 men in the final moments of added time when Soucek was shown the red card and look set to be without the midfielder as they continue their push for a European place.