‘He’s NOT coming?!’ Arsenal and Japan star Takehiro Tomiyasu’s hilarious reaction as he finds out Thiago Alcantara was left out of Spain’s World Cup squad… after naming him as his favourite Spanish player

Tomiyasu, who was called up by Japan for the tournament in Qatar, was asked in an interview who his favourite Spanish player was, with the defender picking Liverpool’s midfield maestro.

The 24-year-old is then told that Thiago was not called up by Spain boss Luis Enrique and was left at home for the tournament, prompting Tomiyasu’s stunned reaction. 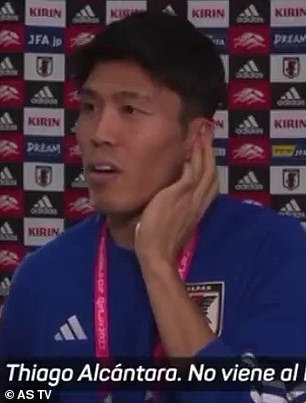 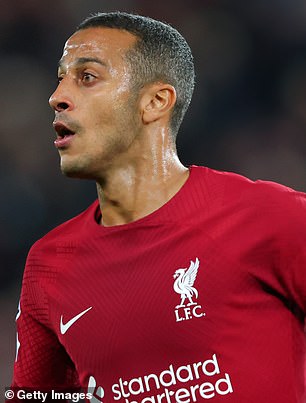 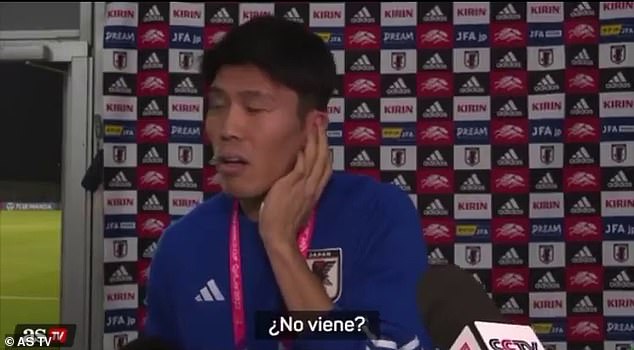 Shocked by the omission, the Gunners star then apologises for not knowing before laughing it off with reporters. ‘Sorry, I didn’t know that,’ Tomiyasu added.

Thiago’s omission came as a shock to Liverpool fans after he enjoyed another superb campaign with the Reds, adding the FA Cup and Carabao Cup to their trophy cabinet while finishing as runners-up in the Champions League and Premier League.

And while the former Bayern Munich playmaker has been a regular under Jurgen Klopp, he as struggled to nail down a place for his country. 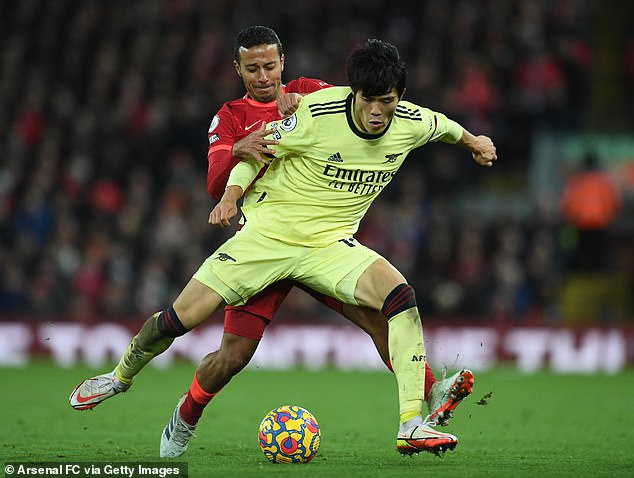 Enrique was asked to clarify why Thiago and other experienced players had failed to make the cut for his final selection earlier this month, where he explained: ‘The message is of thanks. I know it’s a disappointment. They deserved to be here, but only 26 can be in the squad.

‘If it were a normal World Cup, we would integrate the physical needs into the training, but halfway through the season we are not going to work on the physical level of a player.

‘I’m not going to go into the players that aren’t on the list. I thank everyone who has helped us get here, but now the important ones are the 26 called up. We have a lot of young people, but also veterans. There is a good mix.’