The Germany midfielder has missed Real’s last three games as a precautionary measure and has been working in the gym to prevent injury.

However, he returned to full training with his team-mates on Sunday and now appears set to feature when Zinedine Zidane’s men host the Premier League side. 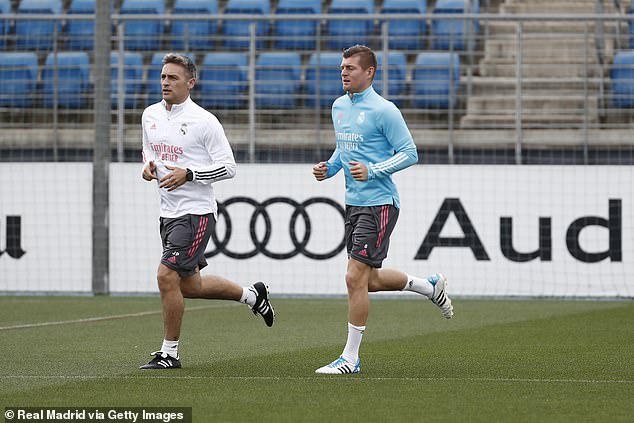 Kroos played an instrumental role in Madrid’s quarter-final triumph over Liverpool and is likely to start the first leg of the semi-final if he proves his fitness.

Zidane is set to be without Ferland Mendy, however, after the full back missed Sunday’s session as he recovers from a calf problem.

The Frenchman had hoped to have his compatriot back for the visit of Chelsea, but his absence suggests he is unlikely to make Tuesday’s matchday squad. 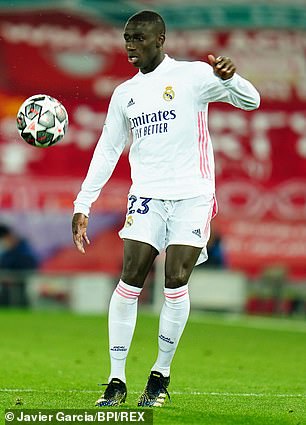 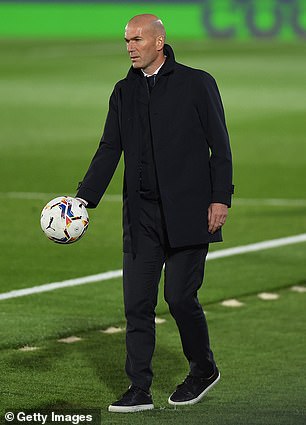 Speaking on Saturday after his side’s 0-0 draw with Real Betis, Zidane said: ‘The intention is that Mendy and Kroos return (for Chelsea), but we have to see.

‘We have to recover as Tuesday is going to be the most difficult of the season.’

Nacho is expected to play at left back against Thomas Tuchel’s men, while Sergio Ramos is said to be targeting a return to fitness in time for the second leg on May 5.