Toothless Burnley fail to register their first shot until the 94TH MINUTE against Chelsea, the latest any side has mustered an effort this season… but James Tarkowski’s header saves them joining the unwanted list of sides who never worried the keeper

Burnley failed to muster a single attempt on goal until the 94th minute against Chelsea in another toothless attacking performance.

A rotated Chelsea side eased past Burnley 2-0 on Sunday afternoon, with goals from unlikely sources via Cesar Azpilicueta and Marcos Alonso.

Chelsea and their defence were in full control throughout, with 72 per cent possession to Burnley’s 28 per cent and 19 shots – eight on target – across the whole match. 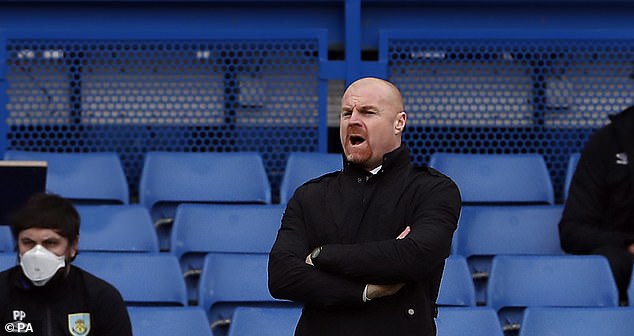 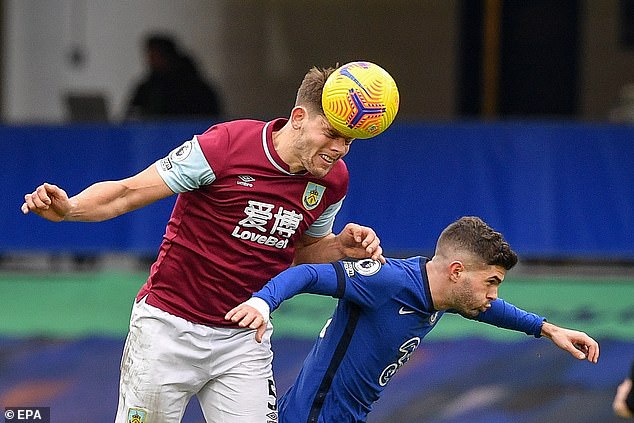 The visitors had already surpassed the longest wait for a shot in a Premier League match this season, beating Wolves’ record of 56 minutes from their 1-0 loss against Crystal Palace on Saturday.

Willian Jose’s flicked effort had previously marked the longest time taken to record an attempt, ahead of Son Heung-Min for Tottenham against Southampton, Ruben Neves for Wolves against Leicester (both 45 minutes) and Jayden Bogle for Sheffield United against Palace.

Before the final minute of stoppage time the Clarets were also on course to join the unwanted list of four Premier League teams who could not manage even a single attempted shot, going back to when these records began in 2003-2004.

However, with seconds remaining on the clock centre-back James Tarkowski, who had earlier clashed with Blues striker Tammy Abraham, headed over from one of Burnley’s only two corners.

West Brom failed to fire against Manchester City in 2004, Blackburn blanked against Tottenham in 2012, Swansea could not break down Huddersfield in 2018, before Bournemouth also recorded no shots against the Citizens in 2019.

Burnley, who currently lie second bottom for goals scored (13) in the league this season, only ahead of bottom side Sheffield United (12), face a tough game against Manchester City on Wednesday.