Tottenham: Is Jose Mourinho back to his old tricks?

Tottenham striker Harry Kane could break an opponent’s neck if he continues to back into players when they are in mid-air, according to former Spurs midfielder Jamie O’Hara. Kane has come under criticism from opposition fans this season for the act O’Hara described as “serious foul play”. When the ball is in the air, the England captain waits for his opponent to jump before backing in and causing the player to fall awkwardly in an attempt to win a foul for his own team.

Kane did win a foul in that manner in the victory over Brighton in November, with Tottenham awarded a penalty despite it appearing Adam Lallana was the player who was on the wrong end of an unfair challenge.

West Ham left-back Aaron Cresswell and Arsenal defender Gabriel are among the other players to suffer an awkward landing following the collision with Kane.

And despite O’Hara’s history as a Tottenham player as well as love for the club as a fan, he thinks it is time a change was made.

The pundit believes Kane could cause a serious injury to an opponent if things carry on as they are. 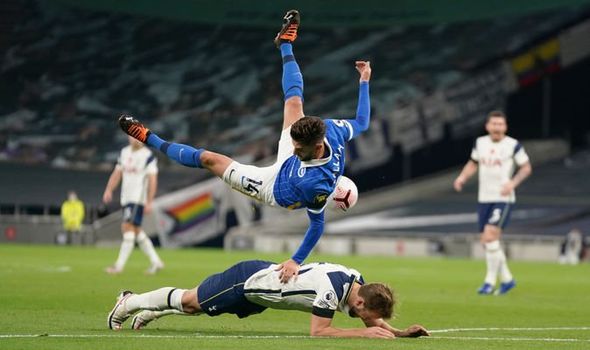 O’Hara says Kane should receive a yellow card, and perhaps even be sent off, if he does it again.

“If he did that to me I would be absolutely raging, I’d want to fight him,” O’Hara said on talkSPORT.

“For me, he should be either getting booked or sent off.

“I love Harry Kane, I’m a Spurs fan, but the way he looks into people, backs into them, and as they jump he backs in, wins a foul, goes down, he can seriously injure someone, he could break someone’s neck or break someone’s arm and put them out. He needs to eradicate that from his game.” 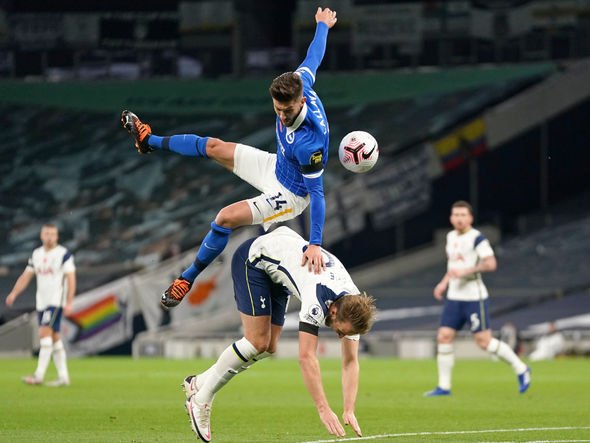 O’Hara believes a law change must be made by the authorities before it is too late.

He added: “The refs, I don’t know if it’s in the rulebook or how it works, they need to put that in the rules to say if players are doing that, it is an instant booking or off.

“The Gabriel one and the Lallana one, you’ve got no control when you’re in the air.

“You could fall on your back, you can fall on your neck, it’s really dangerous. That for me is worse than diving.

“As soon as that player jumps and he’s looking and the ball’s up in the air, as a defender you’re expecting him to jump as well. But he doesn’t jump.

“If the ball’s coming into his chest and you’re sticking into someone and you’re holding your back in, that’s fine.

“But as soon as that player jumps and he looks at you and he goes in and you go in a spin over the top of him, that is serious foul play in my opinion and it needs to be taken out of the game because someone’s going to break their neck.”