It took 27 minutes for Harry Kane to smash his first shot in anger against West Ham. It was on target, of course, Lukasz Fabianski gathering his swirling shot from 25 yards rather unconvincingly.

Hardly something for a player of Kane’s caliber to get excited about. But it was a start, at least.

His first outing since recovering from hamstring surgery in January against Manchester United last Friday, at least from a personal perspective, was largely miserable. 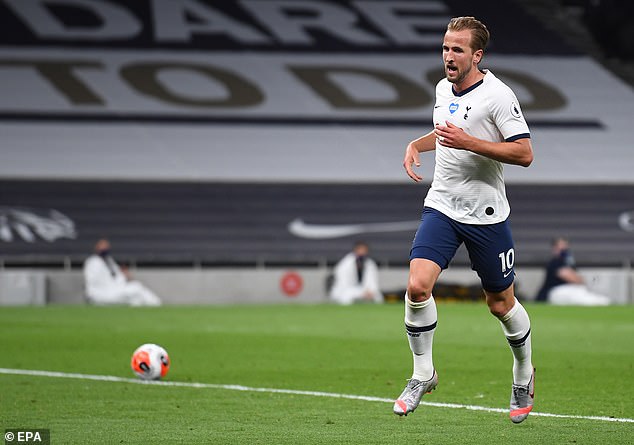 One shot all night, none on target and zero touches in the opposition’s box. A night Kane has longed for turned into one to forget.

The sight of Fabianski clutching his fierce effort won’t make the highlight reel – but for Kane himself, finally it was something tangible.

It was almost written on Kane’s face: ‘I remember now.’

Moments later he was arcing an audacious outside of the boot pass into Heung-min Son that had Issa Diop at full stretch to cut out.

Soon after, he ghosted in between West Ham central defenders Drop and Fabian Balbuena to head over the bar. 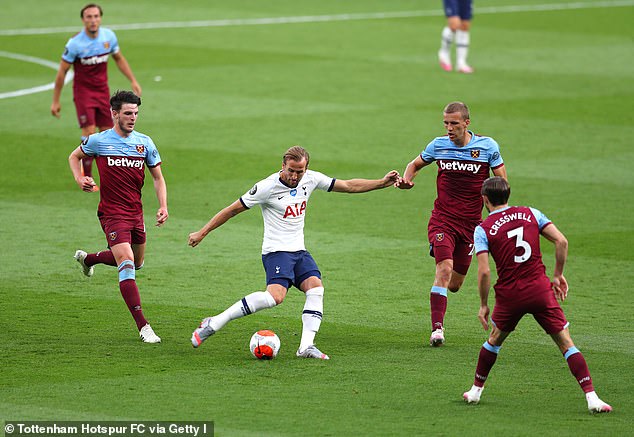 Seven minutes from time he was back in the goals, firing past Fabianski to seal victory for Spurs.

It was all flooding back to him. Not that this was vintage Kane. Far from it.

Picking up the pace of Premier League football isn’t necessarily an easy proposition, particular if you’ve spent six months on the sidelines.

But rightly or wrongly, we judge Kane by different standards. That’s the pressure that comes with being England captain.

So when he miscued his first real chance in the 58th minute last night, you were still double-taking with disbelief. 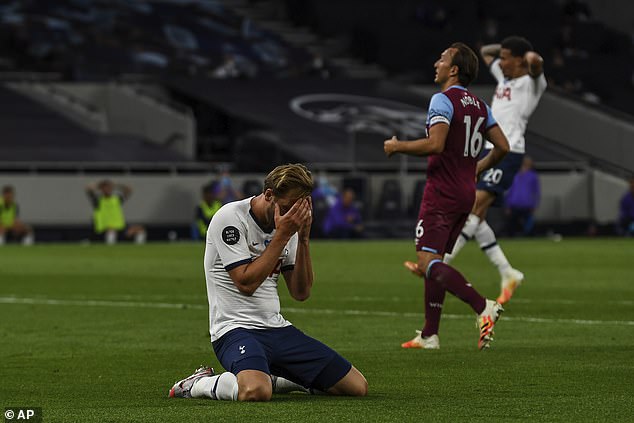 Kane will get there, of course. He always does – his late goal testament to that.

The problem for Tottenham, though, is they desperately need Kane to hit the ground running if they are to make a serious challenge for Champions League qualification.

Indeed, Kane, and whether his side can creep into the top-four, looks certain to have a major influence on his future at the end of the season.

Jose Mourinho, speaking on Monday, was adamant Kane would be staying no matter the circumstances.

There’s certainly a logic to the Spurs manager’s confidence. 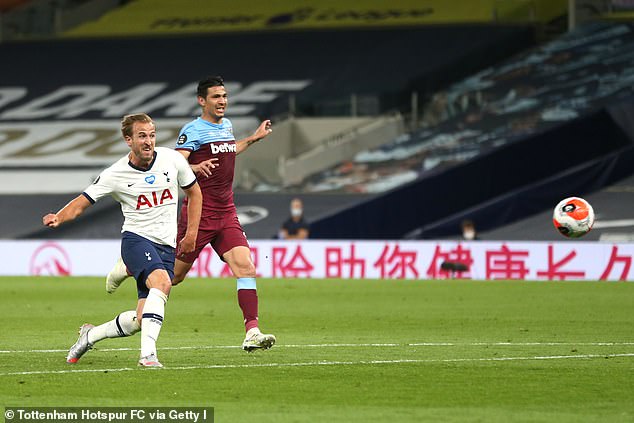 The coronavirus crisis will have drastic consequences on the summer transfer market and rated at £200million, will there even a realistic market for Kane?

Spurs chairman Daniel Levy head into he transfer window safe in the knowledge that it’ll take extraordinary circumstances for Kane to leave.

But, if there’s a chance of signing Kane, you find the money. So the last thing Tottenham need is for there to be any hint the England captain wants out.

Tottenham without Champions League football next season; then there’s no guarantee their talismanic striker won’t have designs on heading to a club that does. 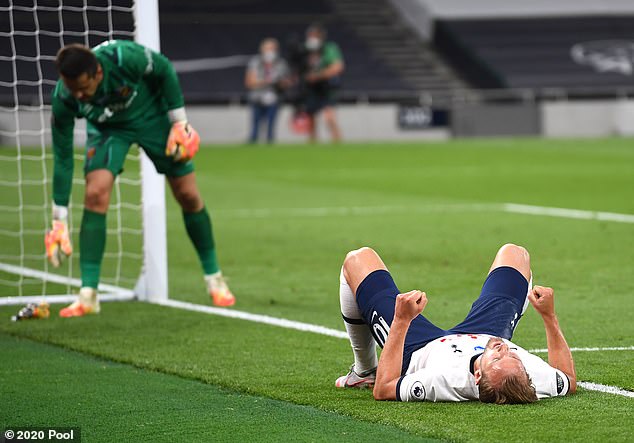 That’s the only encouragement Europe’s biggest clubs need. And that’s a fine line that Spurs have to walk between now and the end of the season – and there’s very little margin for error.

Kane does not want to miss the parade, and who can blame him? Undoubtedly one of Europe’s premier centre forwards – it’s only natural he wants to play elite level football.

For now, all Kane can focus on is trying to ensure Tottenham stay on Chelsea’s coat tails.