Tottenham boss Jose Mourinho is looking to strengthen his attacking options in the next transfer window and is considering making a move for Barcelona star Philippe Coutinho. And Spurs’ pursuit of the Brazilian has been boosted after the player’s agent denied the player holds a grudge against Tottenham after a failed transfer last summer.

Coutinho had been struggling to win over fans in Barcelona and the club were exploring options to either sell or send the player out on loan, with Tottenham being explored as an option.

According to the Daily Mail, reports in Spain blamed the failed move last year on the demands of Tottenham chairman Daniel Levy.

However, Coutinho’s agent, Kia Joorabchian, has now rejected the suggestion that Coutinho holds a grudge against Spurs over the failed transfer.

JUST IN: UEFA president fears season will be ‘lost’ despite Premier League restarting in July claim 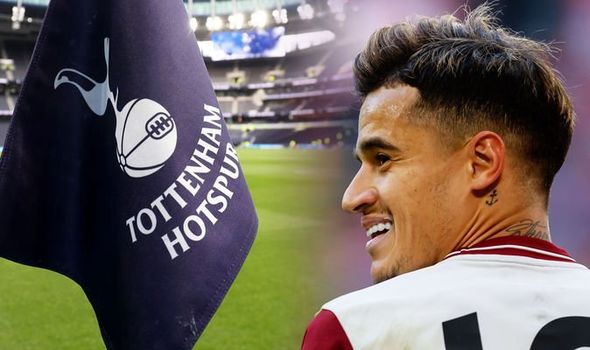 “The deal did not collapse due to financial reasons.”

Coutinho joined Barcelona from Liverpool for £142million in January 2018 but struggled to reproduce the outstanding performances he had managed for the Reds.

During his time at Barcelona, he scored 21 goals and provided 11 assists in 76 appearances in all competitions.

He has spent this season on loan at Bayern Munich, but according to Spanish publication Mundo Deportivo, the Bundesliga side are not planning on activating the option to make the move permanent for £100m.

It claims the German side are prioritising signing Manchester City’s Leroy Sane instead.

The report claims that Coutinho is not planning on staying with the Catalan giants next season and has prioritised a return to the Premier League.

And while Arsenal and Chelsea are also interested, Tottenham does have an advantage as Barcelona are keen on signing one of their players. 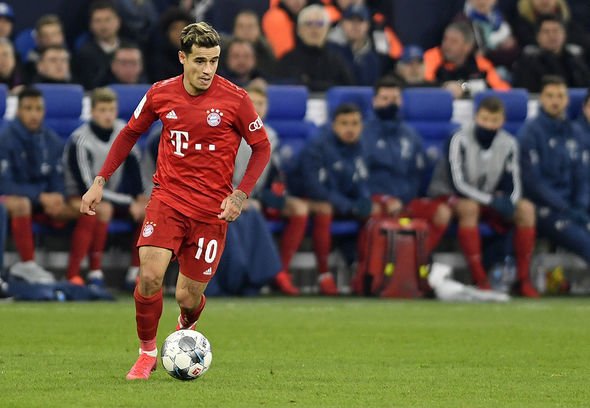 Barcelona might have prioritised signing another striker in the summer but the Spanish side are also looking to bring in a long-term replacement for Ivan Rakitic and have made Spurs’ Tanguy Ndombele a transfer target.

According to Mundo Deportivo, Barca was interested in signing Ndombele before he completed his £65m move from Lyon to Spurs and are now exploring the option of signing the Frenchman.

Mourinho hasn’t been afraid to criticise the midfielder this season for his performances and injuries issues and Barca are hoping the player could be included in a deal that would see Coutinho go in the other direction.

Since arriving at the north London club, Ndombele has made 27 appearances, of which he only started 17, during which he has scored two goals and provide four assists.