Tottenham are planning a tribute to Gian Piero Ventrone after their fitness coach passed away on Thursday from leukaemia at the age of 61.

Ventrone died following a sudden illness, with his death having a profound effect on players and coaching staff.

As reported by The Evening Standard, Tottenham will honour Ventrone when they face Brighton away on Saturday. 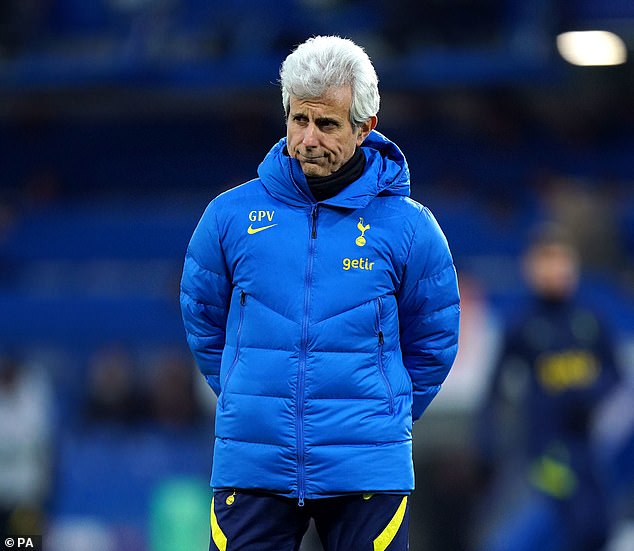 The Tottenham players will warm up in t-shirts with the slogan ‘Always in our hearts – Gian Piero’ in both English and Italian.

In addition, the two teams will wear black armbands and there will be a minute’s applause prior to kick-off.

Further tributes to Ventrone are planned ahead of Wednesday’s Champions League game at home to Eintracht Frankfurt. 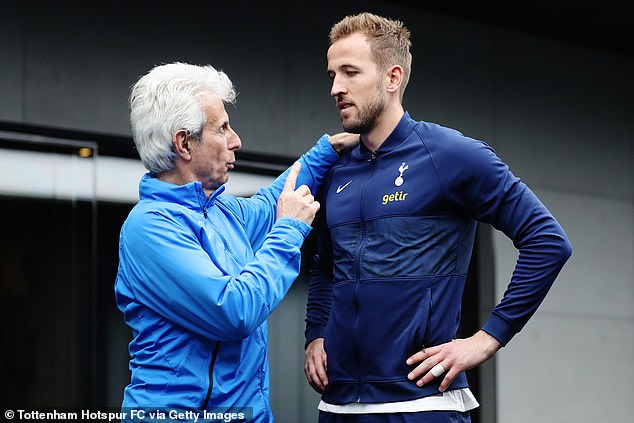 Ventrone was a hugely popular figure at Tottenham, with Harry Kane among those to pay tribute to him

Tottenham striker Harry Kane was among the players to play tribute to Ventrone.

Kane tweeted a picture of himself with Ventrone and wrote: ‘A truly remarkable man. I’m devastated by the passing of our coach Gian Piero. My love and strength is with his family at this time.

‘His words and wisdom will live on with me for the rest of my life and I’m just grateful I had the opportunity to spend time with him. RIP Prof.’ 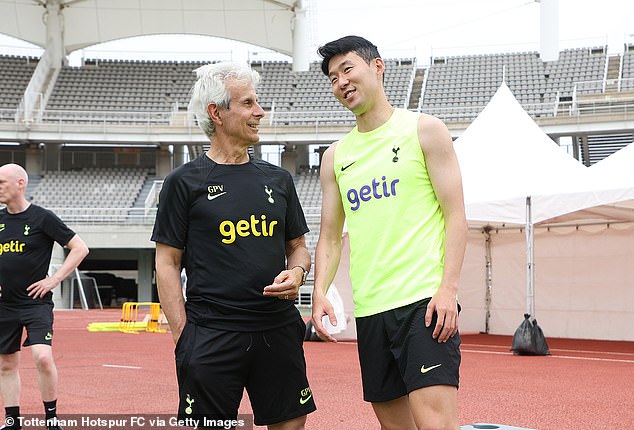 He wrote: ‘The world has lost a truly special person. Gian, you helped me get through the hardest times, and together we celebrated some incredible memories.’

‘I cannot put in enough words my gratitude to you, and how much I owe to you. We will miss you so, so much. Thank you for everything my friend. I am sending all of my love to you and all of your family.’

He wrote: ‘Since I arrived at Tottenham, Gian has been a huge inspiration to me. He always said that I would help him a lot during the season, but who helped me was him… much more than he can imagine,’