Tottenham defender Eric Dier has been savaged on social media after his clumsy tackle handed Chelsea a penalty in their crucial win on Thursday.

England international Dier was guilty of clipping Timo Werner’s ankles inside the penalty area, having already gone to ground, leaving referee Andre Marriner with no option but to point to the spot.

Jorginho coolly converted the spot-kick to seal all three points for Chelsea, and Dier was quickly subjected to a large number of comments mocking his challenge. 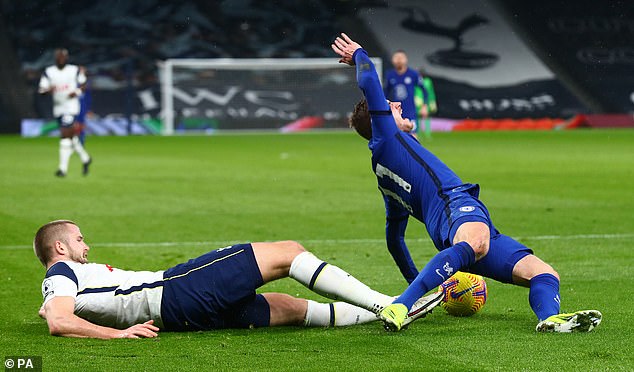 The incident unfolded after Cesar Azpilicueta lofted a teasing ball forward between Callum Hudson-Odoi and Werner.

It was the latter who managed to dart across and meet the pass, and Dier threw himself to the turf with Werner looking to fashion a shooting opportunity.

The two players tangled and Werner then found himself fouled when Dier kicked out on 24 minutes. 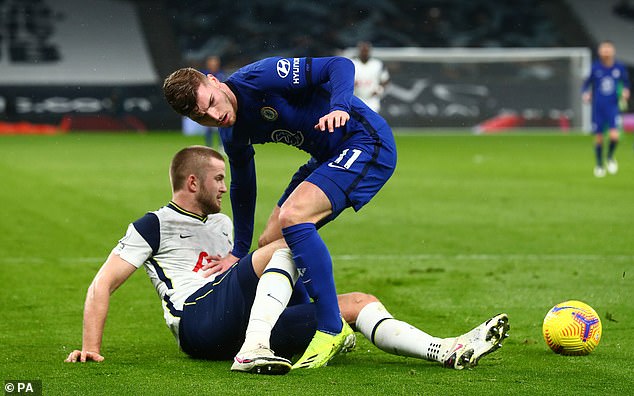 Dier’s misery was compounded during the game with rival supporters and Tottenham fans alike uniting in their relentless criticism.

An account dedicated to Chelsea’s youth teams was among those ruthlessly mocking him.

‘Eric Dier is the gift that forever keeps on giving,’ the tweet read.

Another user wrote: ‘You can’t deny that was objectively hilarious from Eric Dier.’

A third person decided to re-live Dier’s poorly-timed lunge with a hilarious gif showing a man breakdancing on the floor.

‘Eric Dier costs us a goal every time he plays,’ a furious Tottenham fan wrote. ‘Literally every single game’.

Another user accused the former Sporting Lisbon man of gifting the spot-kick ‘in installments’.

Rio Ferdinand had also slammed Dier’s decision to go to ground during his half-time analysis live on BT Sport. 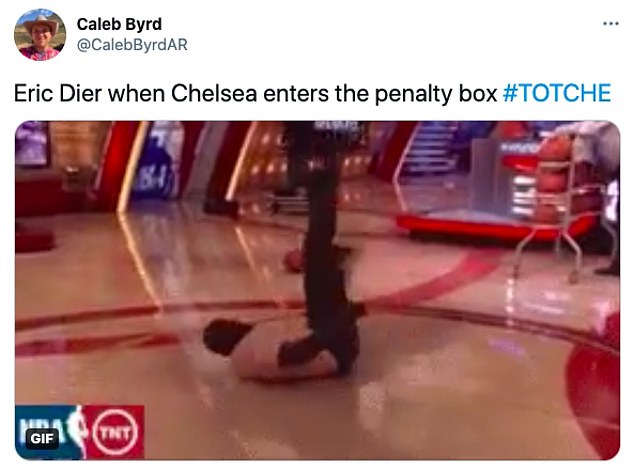 The glaring error from the 27-year-old ultimately proved fatal for the hosts at the Tottenham Hotspur Stadium.

Despite improving after half-time, Tottenham were suffered a third consecutive defeat in the Premier League.

The result leaves them seven points adrift of the Champions League spots.