Tottenham face Ludogorets in the Europa League tonight and Jose Mourinho will not want to take any chances after their shock defeat last week. Royal Antwerp beat Spurs 1-0 and the likes of Harry Kane and Gareth Bale could start.

Tottenham boss Jose Mourinho could field a strong team against Ludogorets as he looks to take control of their Europa League group.

Spurs suffered a setback last week after they lost to Royal Antwerp in a shock result.

The Special One was left fuming with their display after giving a number of fringe players an opportunity to impress, as well as Dele Alli.

But he, along with many others, failed to make an impression and have done their chances no good – while Mourinho admitted there will be some forced changes. 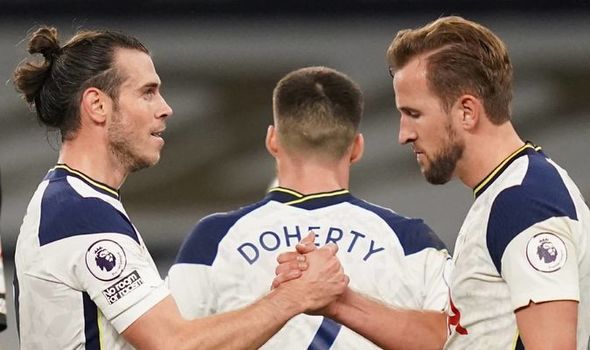 Sergio Reguillon is missing through flu while Serge Aurier is also ruled out, meaning both full-backs are absent.

Erik Lamela is another who looks set to miss out, with Mourinho saying: “Reguilon is ill but not the Covid situation at all, just flu.

“Ben Davies is Ben Davies so no problem with that. Erik Lamela has a little problem for a few weeks and after the last match we decided it’s the moment to stop and have this week plus the two weeks of internationals for him to recover fully.”

Mourinho has opted to rotate his goalkeepers in Europe and today should be no exception.

Hart made the surprise move to Spurs in the summer after being released by Burnley.

Hugo Lloris is happy to relinquish playing-time in the Europa League, having allowed the likes of Paulo Gazzaniga and Michael Vorm to stand in over the years. 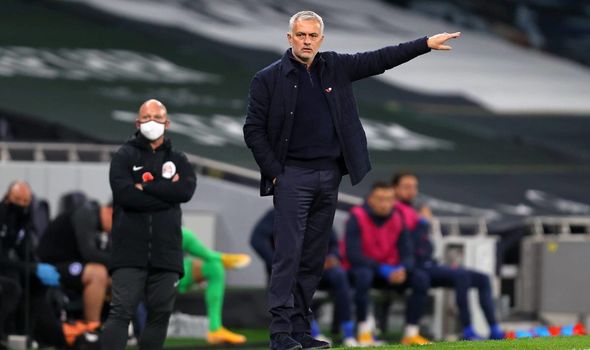 With a lack of full-backs, Mourinho will not want to mess around too much with his backline – though he could give a rest to Eric Dier.

The Englishman has been used heavily by the Tottenham coach and he will want him fresh and fit for the weekend against West Brom.

Matt Doherty arrived in the summer to compete with Aurier at right-back and is already looking an impressive buy while Ben Davies is becoming a reliable squad player for the Portuguese manager.

New signing Joe Rodon is ineligible, as is Danny Rose.

Another summer signing, Pierre-Emile Hojbjerg, has looked one of the finer buys of the transfer window after slotting into midfield with Moussa Sissoko.

Mourinho has often favoured two hard-working midfielders and that is exactly what he now has – but the Dane could be allowed to sit this out with Harry Winks coming into the team.

But Tanguy Ndombele could continue after a renaissance in his Spurs career when he looked set to leave over the summer.

Mourinho’s ‘tough love’ formula seems to have worked with the Frenchman putting in some fabulous displays this campaign.

After last week’s shocker where SPurs did not even score against Royal Antwerp, Mourinho will make sure that was a minor blip.

It means the likes of Bale and Kane could play from the start while Lucas Moura can press from the front.

Bale started on the bench against Brighton at the weekend but came on to score the winner and he could carry that momentum into today’s match.

As well as rattling in goals, Kane has been Tottenham’s best creator – already assisting eight times.

Related posts:
Basketball News:
Leicester vs Fulham LIVE: Team news, line-ups and more ahead of Premier League fixture tonight
Football fans could face stadium bans without Covid-19 vaccine, minister warns
Man Utd and Edinson Cavani release statements after star sparked racism storm on Instagram
MLB News:
Where the College Football Playoff stands after Week 13
Source: Ravens practice canceled amid outbreak
NFL power rankings: Packers, Bills, Browns rise; Raiders, Cardinals see playoff chances slip for Week 13
Recent Posts
This website uses cookies to improve your user experience and to provide you with advertisements that are relevant to your interests. By continuing to browse the site you are agreeing to our use of cookies.Ok