We’re into the final month of the Premier League transfer window with just 30 days left until the market closes and clubs continue to try and do deals. Manchester United, Chelsea and Tottenham are still keen to make more signings before September 1.

United’s pursuit of Barcelona midfielder Frenkie de Jong remains ongoing while Red Bull Salzburg striker Benjamin Sesko has emerged as a target up top. Cristiano Ronaldo’s future at Old Trafford is up in the air still.

Chelsea are pursuing more defenders with Leicester’s Wesley Fofana their top target although the Foxes want £85million for the Frenchman. Denzel Dumfries of Inter Milan is another major target for the Blues.

While Tottenham could still sign another centre-back before the window is out with Inter’s Milan Skriniar long linked with Spurs, who have had a busy summer already. 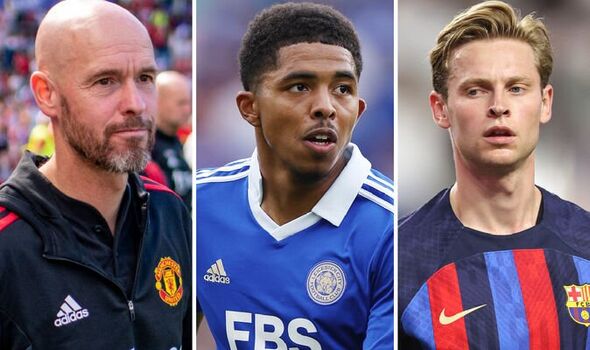 Manchester United are set to appoint former England midfielder Tom Huddlestone as a hybrid U23 player-coach, The Telegraph report.

The Red Devils want to replace Paul McShane, who has moved solely into coaching, after the success of his move last season.

Academy head Nick Cox introduced the presence of an experienced professional to help standards in training and believes McShane brought major value during his time at the club.

Chelsea are in talks over a triple raid of Serie A giants Inter Milan as Thomas Tuchel continues to look to Italy for summer reinforcements.

The Blues could make as many as four more signings in their transfer window under new ownership as Tuchel prepares for his second full season as head coach.