Trent Alexander-Arnold and Mason Greenwood set for England recall to Gareth Southgate’s squad for World Cup qualifiers against Hungary, Andorra and Poland after missing out on Euro 2020

Trent Alexander-Arnold and Mason Greenwood are set for an England recall after missing this summer’s European Championship.

The Liverpool right-back and Manchester United forward were forced to pull out of the Euro 2020 squad due to injury, but have since excelled in the Premier League.

As a result, the pair are expected to be included in Gareth Southgate’s squad for England’s World Cup qualifiers against Hungary, Andorra and Poland next month, according to The Times. 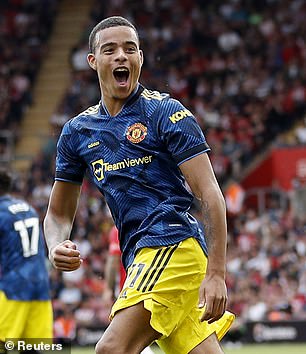 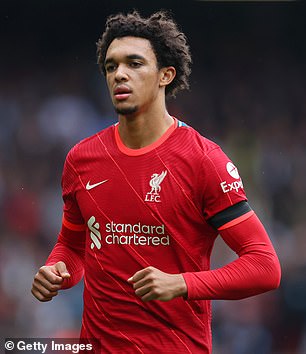 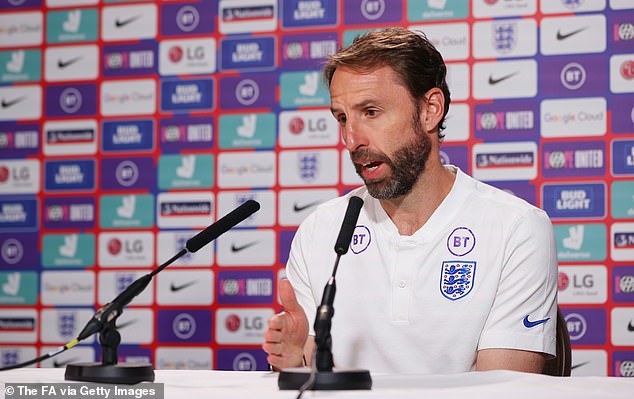 Alexander-Arnold was forced to pull out England’s European Championship squad this summer after struggling with a thigh injury.

The right-back sustained the injury during the closing stages of England’s friendly against Austria in June.

Alexander-Arnold took to social media to share his disappointment at missing out on the tournament. He posted a picture of himself trudging off the pitch at the Riverside to his 1.7million on Twitter with the caption: ‘Absolutely gutted.’

While Greenwood was ruled out of the summer tournament due to the same injury that kept him out of the U21s European Championships in March.

A statement from United at the time read: ‘Mason’s club appearances were managed carefully to maintain his availability through the intensive 2020-21 Premier League and Europa League schedules.

‘But a further spell of tournament football would not be beneficial and Mason will remain at Manchester United to recuperate and prepare for pre-season training.’

However, they both returned to the pitch for their club’s opening games of the 2021-2022 Premier League season.

Gary Lineker felt that Alexander-Arnold was ‘genuinely world class’ during Liverpool’s 2-0 win over Burnley at the weekend. 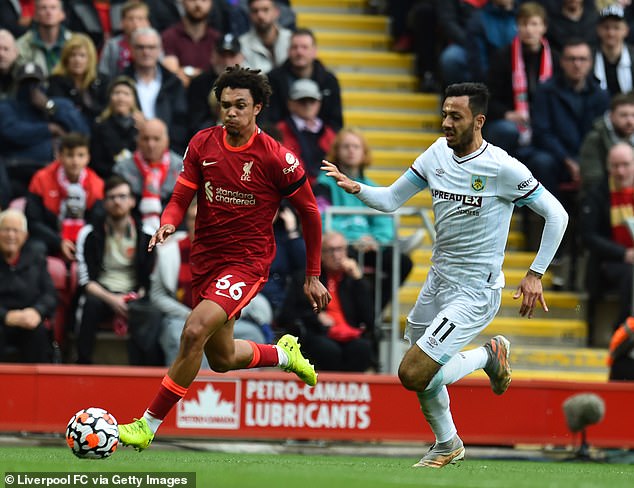 He also said that Alexander-Arnold’s involvement in Southgate’s squad would be vital as he ‘will massively improve England going forward.’

However, Alexander-Arnold will face stiff competition from Manchester City’s Kyle Walker, Chelsea’s Reece James and Atletico Madrid’s Kieran Trippier for a place in the squad.

Meanwhile, Greenwood – who won his first and only senior England cap against Iceland almost a year ago – has excelled for Manchester United and could return to the England set up. 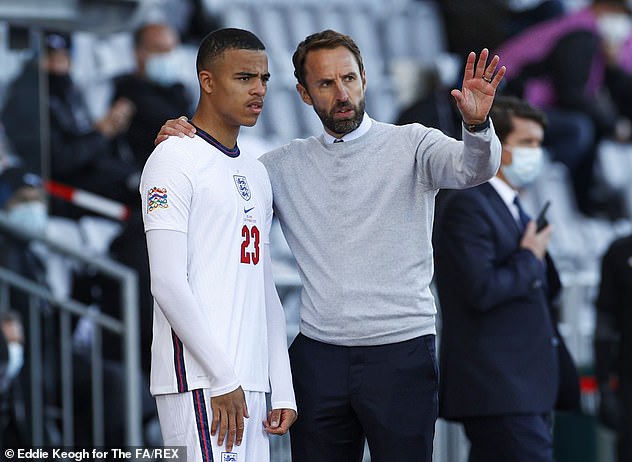 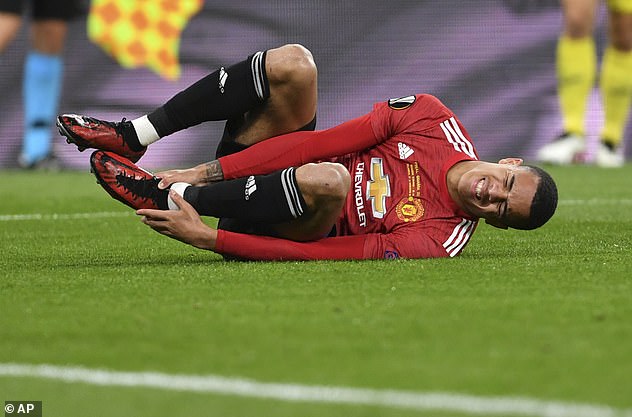 Greenwood’s strike against Leeds meant he became the third United player to score 30 goals before his 20th birthday, trailing only to Norman Whiteside and George Best.

As a result, he is likely to land a place in Southgate’s squad of the World Cup qualifiers next month.

The squad selected by Southgate is expected to be similar to that of Euro 2020. However, Phil Foden and Marcus Rashford will be absent. 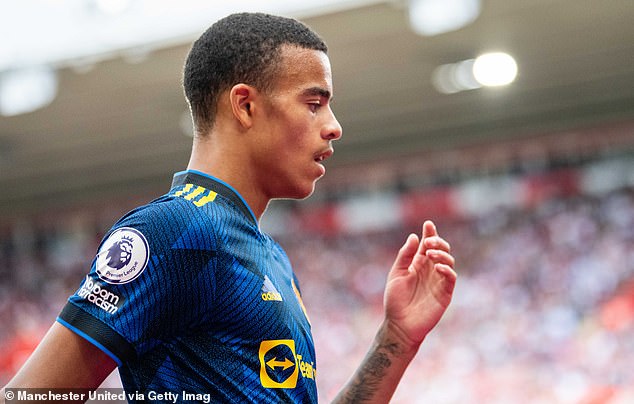 However, he could return after a sensational start to the 2021-2022 campaign with United 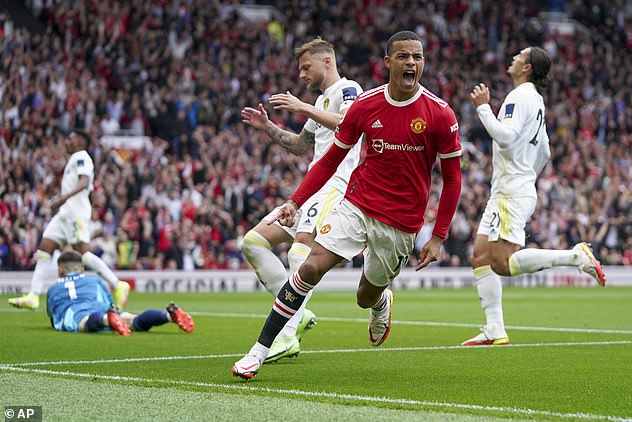 Greenwood’s strike against Leeds meant he became the third United player to score 30 goals before his 20th birthday, trailing only to Norman Whiteside and George Best

As a result, Dele Alli could receive his first England recall since June 2019 after impressing the Three Lions boss during Tottenham’s win over Wolverhampton Wanderers.

Burnley goalkeeper Nick Pope is also on the manager’s radar – having missed the Euros due to injury.

While Jesse Lingard is expected to miss out on the chance to represent England during the qualifiers despite forcing his way back onto the international scene prior to Euro 2020.

Lingard caught Southgate’s attention after a successful loan spell at West Ham United at the end of last season. However, he has only played four minutes of football since returning to Manchester United. 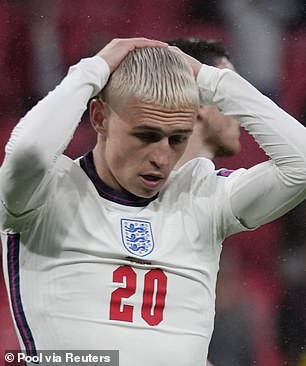 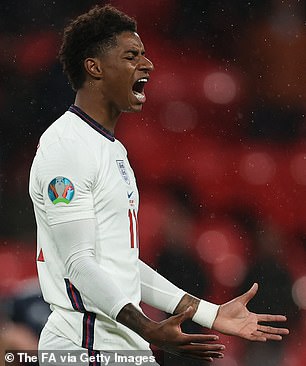 The squad selected by Southgate is expected to be similar to that of Euro 2020. However, Phil Foden (left) and Marcus Rashford (right) will be absent 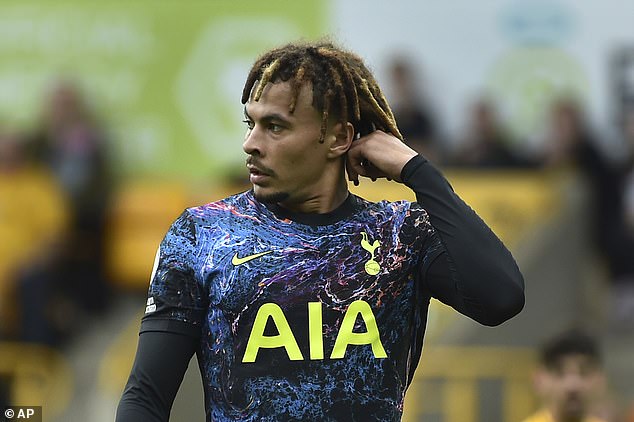 He could, however, return for England’s two World Cup qualifiers in October – against Andorra away on the 9th and Hungary at home on the 12th.

Should he miss out on those, Lingard will have one final opportunity against Albania on November 12 and San Marino on November 15 as England wrap up their qualifying campaign.

Nevertheless, Southgate will continue to monitor players – having already been to five Premier League matches in the first two weekends of the season.