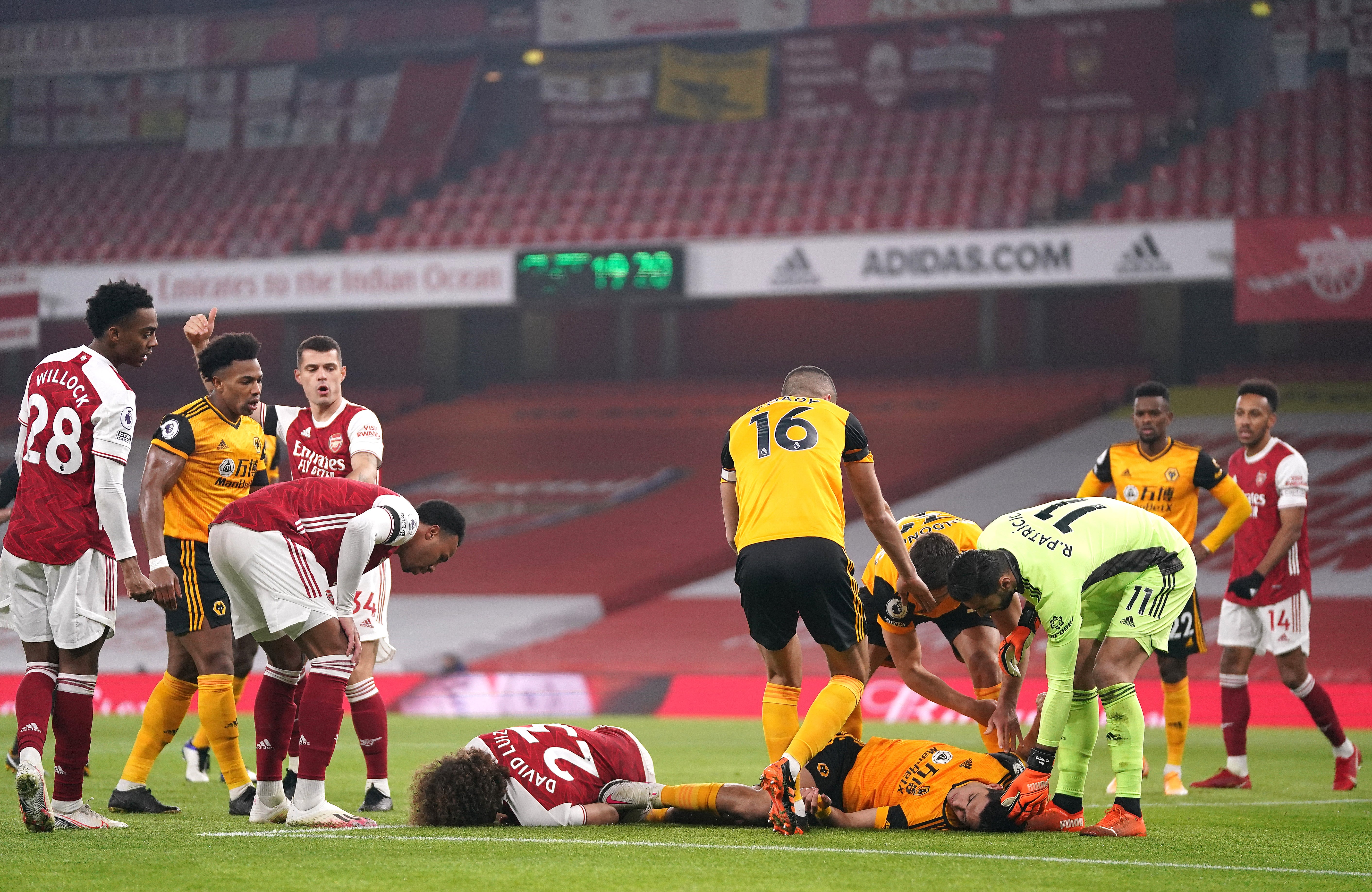 Luiz, meanwhile, exposed to the same force as Jimenez, was allowed to continue. Mikel Arteta said the defender “responded well” to all the tests and protocols of the club doctor.

Ahead of the second half, however, the Brazilian – his head heavily banged with blood seeping through the dressings – was removed with the Arsenal manager revealing: “David wanted to continue, but at half time we took him out because he was not comfortable heading the ball.”

The incident once again spotlighted football’s failure to bring the sport up to speed with the dangers and precaution of serious head trauma, lagging behind the NFL, cricket and both rugby codes.

And the last thing needed right now is the irresponsible rhetoric from Troy Deeney, unchallenged on Talksport and clipped up for their social channels, that footballers need to be trusted to know if they can play on after a clash of heads because so much has already been taken away from them.

Football has had its finger in ears, whistling along and doing below the minimum to deal with concussion.

Even the solution on the table belongs in the “last century,” according to Dr Willie Stewart, the neuropathologist who proved the game’s link with dementia.

The International Football Association Board (IFAB) have cleared trials of an additional permanent concussion substitute, but this would not be helpful in situations like the one with Luiz over the weekend.

Temporary substitutions, as used in other sport and easily introduced, is a much more helpful tool.

“Only football, faced with an open goal to make a statement of intent around improving management of head injuries in their sport and, with that, perhaps addressing the dementia issue in their game could send a proposal so high over the bar,” Stewart said.

“In essence, by suggesting that adding a concussion substitute to the bench is a solution, rather than allowing medics time to assess a potentially brain-injured player, the message IFAB are transmitting is that the current problem is brain-injured players are forbidden from leaving the field. Worse, this is presented as a ‘trial’ of an approach to concussion most sports gave up on last century.”

This view was supported by Headway, the brain injury association. Luke Griggs, its deputy chief executive said: “Only last week we strongly criticised the International Football Association Board for its continued procrastination in introducing concussion substitutes into the sport. 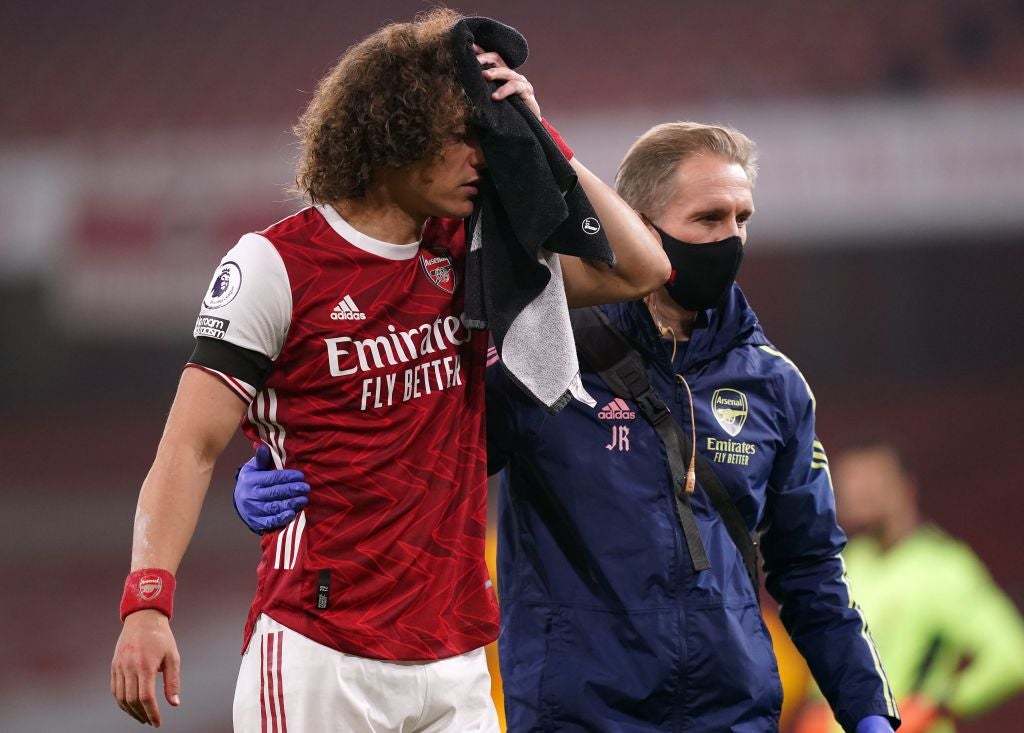 David Luiz plays on after the clash of heads

“We have repeatedly warned about the risks to players and the importance of elite-level sport setting a good example for impressionable younger players to follow.

“Too often in football, we see players returning to the pitch having undergone a concussion assessment – only to be withdrawn a few minutes later when it is clear that they are not fit to continue.

“That is the very reason why we urgently need temporary concussion substitutes in football. You simply cannot take a risk with head injuries. They are not like muscular injuries where you can put a player back on ‘to see if they can run it off’. One further blow to the head when concussed could have serious consequences.

“The question that has to be asked is had the concussion substitutes rule been in place, would Luiz have been allowed to return to the field of play? Would that extra time in the treatment room have led to a different decision being made?

“The concussion protocol clearly states that ‘…anyone with a suspected concussion must be immediately removed from play’, while the sport continues to promote an ‘if in doubt, sit it out’ approach to head injuries.

“Time and time again we are seeing this rhetoric not being borne out by actions on the pitch. Something is not right. This cannot be allowed to continue.

“How many warnings does football need?”

As a reminder, which Deeney and football as a whole clearly needs: Stewart’s research found that former players where 3.5 times more likely to die of dementia.

There is a lot of self-interest in the game, but this needs to be completely removed when it comes to the welfare of those taking to the pitch – especially given long-term ramifications.

To that end, the current debate about five substitutions, the stacked fixture schedule and Saturday 12:30 kick-offs after being in action late on Wednesday should not be used to draw headlines or spark a childish fight between managers.

Instead of that or the repetitive views of former footballers and pundits, why don’t we prioritise the findings of medical and conditioning experts?

Sadly, that doesn’t sell. Saying “just get on with it” and “stop moaning, stop making excuses” is sexier than physios with years of experience at elite level explaining how players are currently at breaking point.

To borrow and repeat a line, “How many warnings does football need?”