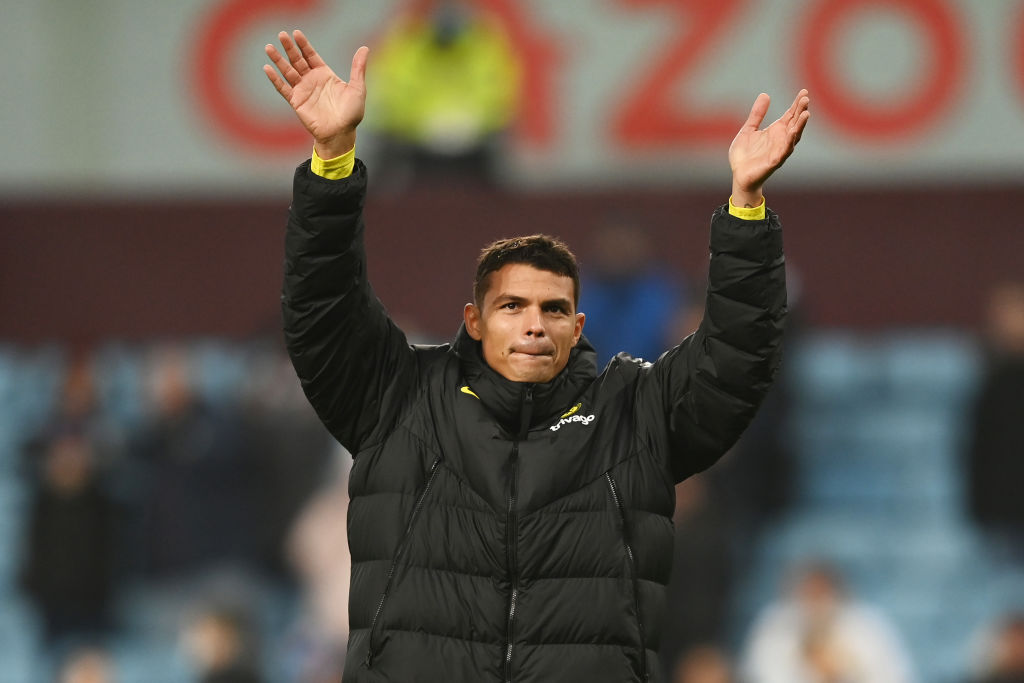 Thomas Tuchel has confirmed Thiago Silva and N’Golo Kante both picked up injuries during Chelsea’s 3-1 victory over Aston Villa.

But Jorginho equalised with a penalty just six minutes later and Romelu Lukaku came off the bench to score his first Premier League goal since September as the momentum swung firmly in the Blues’ favour.

Jorginho added his second from the spot in the third minute of stoppage time and Chelsea held firm to go level on points with second-placed Liverpool in the table.

Tuchel will have breathed a sigh of relief at the full-time whistle given Chelsea had drawn their previous two matches in the English top flight, but injuries to Silva and Kante in the second half put a slight dampener on the visitors’ win.

Silva pulled up in the 52nd minute with a hamstring problem, while Kante suffered a recurrence of the knee injury he sustained during Chelsea’s 4-0 win over Juventus last month.

Asked whether the duo will likely miss Chelsea’s next match with Brighton, Tuchel told reporters: ‘I guess so. It is only two days [away] so from today until Wednesday is a very short time.

‘N’Golo is very painful in exactly the same spot where he had his injury versus Juventus.

‘With Thiago it was his hamstring. Hopefully he got out before it became an injury and from there we try to continue and find a new squad and strong squad on Wednesday.’

In his post-match interview, a visibly frustrated Tuchel said Chelsea’s squad had been ravaged as a result of playing too many games.

‘We are worried. We have more injured players, we play with players and we play against teams who have no international duty,’ the German told Sky Sports.

‘At some point that will catch us.

‘We let Callum Hudson-Odoi play for 90 minutes because we needed to change other players on the pitch.

‘Maybe we made a big mistake here letting players play after Covid-19 and having one or two training sessions. But obviously they make us play and so we play and we play two more cup games and we play teams who prepare one week for these matches.

‘It’s like it is but this cannot be the right way.’

Tuchel called for the Premier League to consider a rule change given the current circumstances, with teams still limited to three substitutions.

‘It’s not enough changes for us, it’s as easy as that. Five changes were invented because of Covid, the whole of Europe has five changes and a winter break, but we play through,’ he added.

‘On which shoulders do we put it? On the players shoulders.

‘Okay, so this is the result now. They make us play all the time even if we have Covid or something else and now we have new injuries and this will not stop.’