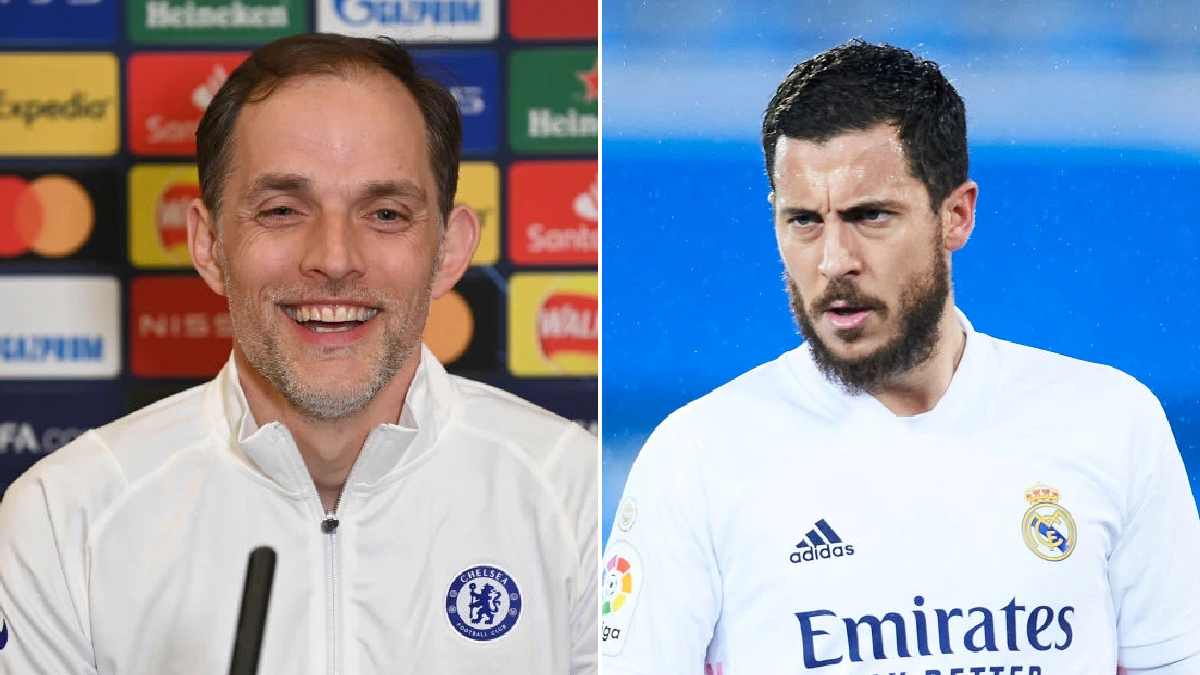 Chelsea boss Thomas Tuchel is in no doubt that Eden Hazard is still a serious threat despite his struggles for Real Madrid as the Belgian prepares to face his old club for the first time.

The west Londoners travel to the Bernabeu on Tuesday evening for the first leg of their Champions League semi-final where their former talisman – and record sale – Hazard is waiting for them.

But the 30-year-old has struggled since leaving Stamford Bridge, managing just one goal in all competitions last season and only managing three goals this campaign.

Injuries have blighted Hazard’s time at Real and he has missed 11 of Real’s last 13 La Liga matches with a muscle problem, only making his return in a brief cameo off the bench against Real Betis on Saturday.

Hazard is likely to be on the bench once again when Chelsea come visiting, with Vinicius Junior expected to start, but Tuchel is in no doubt about the danger the Belgian winger poses and has spoken to his players about him.

Asked if he has discussed Hazard with the Real star’s ex-teammates, and whether the Spanish side are stronger with or without him in the team, Tuchel replied: ‘Well Eden is a top-quality player.

‘He was the key player here for many, many years in this club and this league – which is one of the hardest in the world and a tough one if you decide matches so consistently like Eden did for this club here.

‘So I have the biggest respect for him. Of course we talk a lot because he’s a big player for this club and of course we have many people here in the staff who know him very well.

‘And like I said, he was a key player for this club. Now he plays for Real Madrid and obviously he’s fit and he had a comeback in the last game for some minutes to be ready tomorrow.

‘If he plays, I’m pretty sure he wants to make a point and wants to prove [something]. Let’s see.

‘Do I prefer with him or without him? No. They can leave the spot open I have no problem with that, and they can play with 10! They will not do this.

‘They have so many quality players, we’re talking about Real Madrid and we have to face the challenge with confidence.’