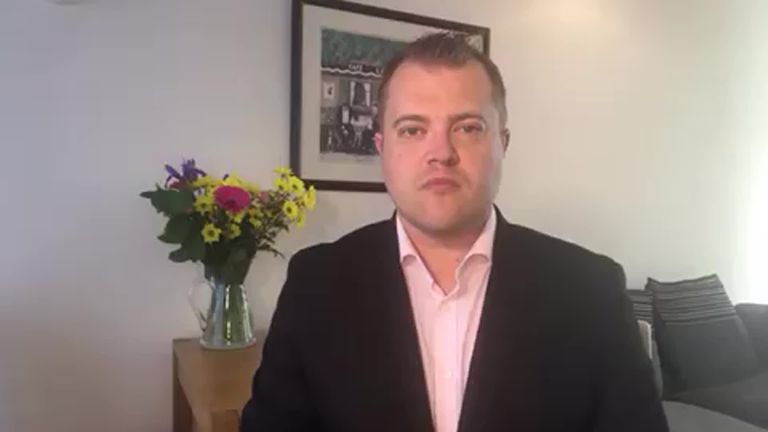 Is this latest call significant?

Yes, any meeting involving European football’s top officials has implications across the game.

The Executive Committee [ExCo] has the final say on UEFA competitions which affect all 55 member associations, including the FA and SFA.

Every association in European football is guided by their recommendations and a decision could trigger a chain reaction across several countries.

On Tuesday, UEFA revealed there will be an announcement on ‘any decisions’ after the conference call.

Who’s on the ExCo? FA chairman Greg Clarke, a FIFA vice-president, is a key official on UEFA issues but he does not have a vote on the ExCo.

What’s top of the agenda?

When and how will seasons end? Which leagues want to end their seasons early? What are the implications? Those are some of the key questions that officials will answer.

Earlier this week, a variety of calendar options were presented covering both national and club matches.

A UEFA working group has made a “strong recommendation” to finish top domestic leagues and cup competitions this season.

UEFA wants associations to instruct leagues to do all they can to finish the season.

Why only ‘top’ leagues and cup competitions?

UEFA’s main focus, and influence, is on the Champions League and Europa League.

Their priority is on any competition that leads to European qualification.

Will there be a decision on the 2021 Euro Women’s Championship?

Yes, UEFA is expected to confirm new dates in July 2022.

The tournament will be held in England and, last month, FA chief executive Mark Bullingham told Sky Sports News: “It’s a very important competition for us and we want to get that right. Not having a FIFA Men’s World Cup in summer 2022 means there’s a window for it.”

How can domestic seasons finish?

Ultimately, it’s down to each association.

But they will want UEFA’s assurance that their decisions will not harm their clubs’ abilities to qualify for European competitions next season, whenever that may be.

UEFA’s preference remains finishing the season, but these are exceptional times.

Football’s not in control?

Yes, and that’s a major issue.

Governments around Europe are responding to the coronavirus pandemic in different ways and football must prioritise public health at all costs.

In the Netherlands, for instance, football cannot legally return until September 1 at the earliest.

The Dutch Football Association “intends not to continue” the Eredivisie but it wants UEFA’s guidance on what to do next.

The Belgian Football Federation wants advice on an early end to its Pro League.

The SFA, which includes the Scottish Professional Football League [SPFL], will also be watching closely this week.

No association will sign off anything about its top leagues and competitions without guidance from UEFA’s ExCo.

On Tuesday, in a subtle shift from its initial hardline position, UEFA acknowledged some European leagues could be cancelled “in special cases”.

Could UEFA’s coefficient rankings be used?

Article 4 of UEFA’s Champions League and Europa League regulations this season states: “To be eligible to participate in the competition, clubs must have qualified for the competition on sporting merit.”

It may well be suggested by leagues that don’t want to take the decision on qualification themselves, but it is hard to see how it can be regarded as ‘sporting merit’.

UEFA calculates its coefficients based on results of the five previous seasons of Champions League and Europa League participation, or over one season.

Under the current rankings, Manchester City, Liverpool, Manchester United and Arsenal are the top-four ranked sides in England, ahead of Tottenham, Chelsea, Leicester, and Wolves. Manchester City have been banned from all European competitions for two seasons after breaching financial fair play rules and have appealed the decision.

But UEFA’s coefficient system penalises clubs that have not regularly competed in recent European competitions.

Sheffield United are currently seventh-placed in the Premier League, level on points with Wolves and two points behind fifth-placed Manchester United.

Therefore, would using UEFA coefficient rankings be fair on every club? No.

The FA, which determines how clubs from England qualify for European competitions, has yet to outline its position should there be difficulties in finishing the domestic season.

Can we expect further talks next month?

Yes, a UEFA working group on the calendar intends to make its final recommendations by mid-May at the latest.

But they will be guided by government advice across Europe and they cannot make concrete proposals if there remains uncertainty over the peak of the pandemic.