Oliver Dowden has warned that the UK Government will come down hard on the Premier League’s big six for joining the newly-former European Super League, which has come under huge fire because of it’s exclusivity.

The Secretary of State for Digital, Culture, Media and Sport has warned that foreign transfers could be banned for those joining the newly-formed event.

He also threatened the big six with tax hikes while speaking in the House of Commons.

Dowden said: “We are examining every option, from governance reform, to competition law, to the mechanisms that allow football to take place… we will be reviewing everything the Government does to support these clubs to play.”

He added: “We will put everything on the table to prevent this from happening.

“We will do whatever it takes to protect our national game.

“I discussed our options with the Prime Minister this morning, and we are working at pace across government and with the football authorities.” 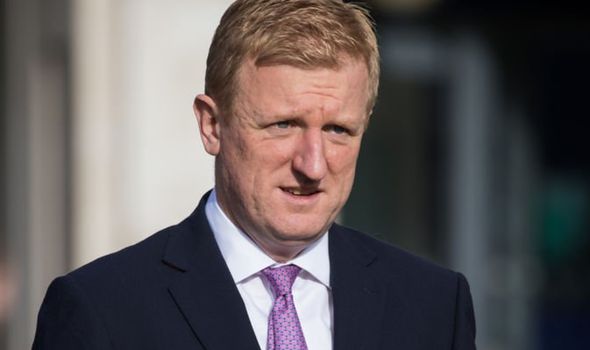 “I was appalled by the announcement late last night that a handful of clubs are proposing to form their own breakaway European league. These six clubs announced this decision without any consultation from football authorities or Government, worst of all, they did it without any dialogue whatsoever with their own fans.

“It was a tone-deaf proposal and the owners of the clubs wouldn’t have been able to ignore the near-universal roar of outrage from all parts of the football community over the past 24 hours.

“This move indeed goes against the very spirit of the game. This is a sport where a team like Leicester City can ascend from League One to the Premier League title in under a decade, earning the right to go toe-to-toe against European heavyweights in the Champions League.

“Instead, a small handful of owners want to create a closed shop of elite clubs at the top of the game.

“A league based on wealth and brand recognition, rather than upon merit. We will not stand by and watch football be cravenly stripped of the things that make people across the country love it.

“As a Conservative, I believe passionately about defending our nation’s institutions and rich heritage, they are central to our identity and help build a sense of solidarity between people from every generation and every background.

“Just as the Government wouldn’t hesitate to act when other treasured areas of our national lives were under threat, nor will we hesitate to protect one of our greatest national institutions: football.

“This is, of course, for football authorities to handle first and today, I have met with the Premier League, the Football Association and the president of UEFA, whilst the sports minister has had another series of meetings with the Football Supporters’ Association. 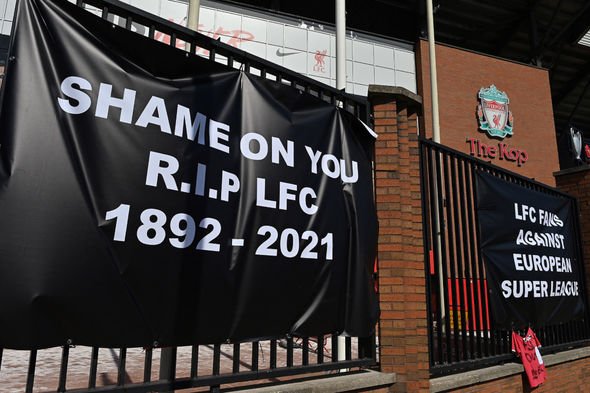 “The football authorities have robust rules in place to deal with this and I know from my conversations with them today that they are rightly considering a wide range of sanctions and measures to stop this move in its tracks.

“My message to them was clear, they have our full backing, but be in no doubt, if they can’t act, we will. We will put everything on the table to prevent this from happening, we are examining every option, from Government’s reform, to competition law and mechanisms to allow football to take place.

“Put simply: we will be reviewing everything the Government does to support these clubs to play.

“I discussed these options with the Prime Minister this morning and we are working at pace across Government and with football authorities. I want to reassure this house of a very robust response.

“We will do whatever it takes to protect our national game, but it’s clearer than ever that we need a proper examination of the long-term future of football. Too many fans in this country, the game is now almost unrecognisable from a few decades ago.

“Season after season, year after year, football fans demonstrate unwavering loyalty and passion by sticking by their clubs, but their loyalty is being abused by a small number of individuals who wield an incredible amount of power and influence.

“The past year has taught us that football is nothing without its fans and these owners should remember that they are only temporary custodians of their clubs and they forget fans at their peril.

“That’s why, over the past few months, I’ve been meeting with fans and representative organisations to develop our proposals for a fan-led review. I’ve always been clear that I didn’t want to launch this until football returned to normal following the pandemic. Sadly, these clubs have made it clear that I have no choice, they have decided to put money before fans, so today, I have been left with no choice but to formally trigger the launch of our fan-led review of football. The review will be chaired by the honourable member for Chatham and Aylesford and will be a route and branch examination of football in this country.

“It will cover the financial stability in the men’s and women’s game, Government and regulation and the merit of an independent regulator.

“Crucially, in the light of this weekend’s proposal, it will also consider how the fans can have an even greater say in the oversight of the game and the model that might best achieve that.

“We are the people’s Government, we are unequivocally on the side of the fans and their voices have to be heard when it comes to the future of our national game. It starts with fans and it ends with fans. But in the meantime, we have thrown our full weight behind the football authorities and stand to do whatever is necessary to represent fans and protect their interests and I commend this statement to the house.”