Few Arsenal fans lamented Unai Emery’s departure in 2019. Even now, with the Gunners lower in the Premier League table than they were when he left, there is little sense that they would be better off with him at the helm. It just never quite clicked.

Mikel Arteta is still grappling with many of the same issues his predecessor encountered at the Emirates Stadium but Arsenal have moved on and the same is true of Emery. After difficult spells in France and England, all is positive for him at Villarreal.

Thursday’s reunion is an intriguing prospect. Arsenal desperately need Europa League success in order to rescue their season but their former manager is a specialist in the competition.

Indeed, while Baku does not hold fond memories for Emery – the 4-1 loss to Chelsea was a low point in his Arsenal tenure – Turin, Warsaw and Basel certainly do. The 49-year-old is eyeing a fourth Europa League triumph having won it three times with Sevilla.

His Villarreal side sit seventh in La Liga – two places lower than they finished under Javi Calleja last year – but Emery has guided them to their first European semi-final since 2016, putting them within reach of the first major trophy in their history, and they have only lost nine games out of 50 in all competitions since his appointment.

According to Javi Mata, a journalist covering Villarreal for Radio Vila-Real, it is exactly what he was brought in for. “There has always been a feeling at Villarreal that the club needed a more high-profile manager in order to win something,” Mata tells Sky Sports.

“They have always had good managers, but not managers who are accustomed to winning trophies. Emery is different. He is a winner. The fans were excited about his appointment and they are still behind him now.” 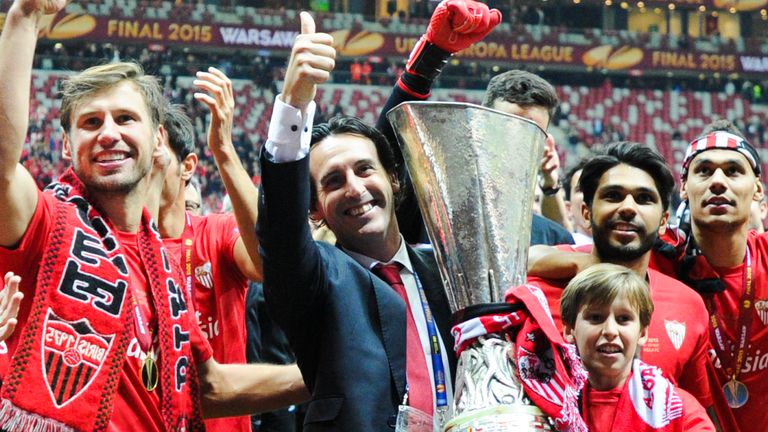 Emery is not viewed as a winner by Arsenal fans, of course. He departed the club having damaged his reputation in the eyes of those in England. But perceptions of him are different in Spain.

“His name carries a lot of weight here,” says Mata. “People don’t really see him as someone who struggled in France and England. He is still known for what he did with Sevilla, where he won three Europa Leagues, and with Valencia, where he always qualified for the Champions League.

“Some people might say, ‘Yes, but he failed at Arsenal’. Okay, but it’s also true that Jose Mourinho failed at Tottenham.

“Spanish football fans focus more on what happens closer to home. Here, he is a manager who won things in Spain, then got jobs with two big European clubs.”

Emery did not relish some of the responsibilities that came with managing clubs of the stature of Arsenal and Paris Saint-Germain but the environment at Villarreal, a city with a population of only 50,000, suits him far better.

“It’s like you are in isolation here,” said midfielder Dani Parejo recently. “You come in, you train, then you go home. There is tranquillity and stability. You breathe it every day.”

Mata adds: “Villarreal is a small club which doesn’t attract a lot of press. It’s a stable club with a very stable owner, Fernando Roig, who is an example to others, and controversies are very rare.

“At big clubs, it’s different. There is as much attention on what happens off the pitch as what happens on it. There are always stories about players, about signings, about problems.

“When Emery arrived here, I think he had had enough of all that, all the things you have to deal with at big clubs outside of football.

“Here, I think he is happier. The guy lives football, purely football. He is 100 per cent dedicated to football and only wants to speak about football. Nobody asks him about anything else here and it’s always completely calm.” 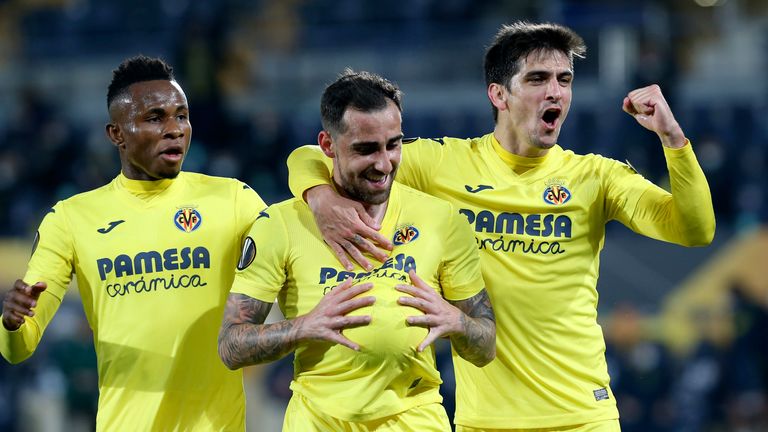 Communication is of course far easier in his native language too.

Emery’s commitment to speaking in English from the start of his Arsenal tenure was admirable but he struggled to articulate himself clearly in press conferences and it was the same story with his players. There was a lack of clarity on the pitch as well as off it.

“I think all that is very difficult when you don’t know the language. At Arsenal, he had to adapt to the club and he couldn’t be himself, but here he is completely comfortable.

“He can communicate clearly, he has the complete faith and trust of the owner, and the players have bought into what he is trying to do right from the start.”

Their league position does not necessarily reflect their progress but Villarreal are only four points behind fifth-placed Real Sociedad and their run to the Europa League semi-finals – they have 11 of their 12 games in the competition so far – has been impressive.

“The team has made a jump in terms of quality and competitiveness,” read one recent editorial in Super Deporte. “They are a more complete team now and they don’t give up,” adds Mata.

Emery has tailored the team to his liking. Club legends Santi Cazorla and Bruno Soriano departed at the end of last season – “it’s always difficult to replace guys like that, in terms of their influence off the pitch as well as on it,” says Mata – but they have not been missed.

Parejo, one of four players in the squad who has played for Emery before, has shone since his arrival from Valencia. “He does more or less what Cazorla did,” says Mata. “He manages the tempo of the game and he’s the guy everybody looks for when they have problems.”

Up front, Emery has helped Gerard Moreno hit new heights. The Spain international has scored 26 goals in 38 appearances in total, making this the highest-scoring campaign of his career.

“He has exploded,” says Mata. “He was slightly eclipsed by Cazorla and Bruno Soriano before, but now he takes the penalties, he’s the team’s leader and he’s the one people expect things from. It’s done him a lot of good. He’s a different guy now.”

In defence, Emery has coaxed further improvement from centre-back Pau Torres – a player he believes is destined to play for either Real Madrid or Barcelona in the future – and has also reintegrated the previously out of favour Alfonso Pedraza at left-back.

“Pedraza is a curious one,” says Mata. “He was going to be sold and he wanted to go, but on his first day, Emery said he would become a key player and asked Villarreal to do everything to keep him.

“He’s a guy who didn’t really know how to defend. His approach to defending was a bit anarchic. But Emery has helped him understand the game better. Now, he is a brutal full-back with so much power. He’s difficult to stop and he’s vital to the team.”

No concerns over identity 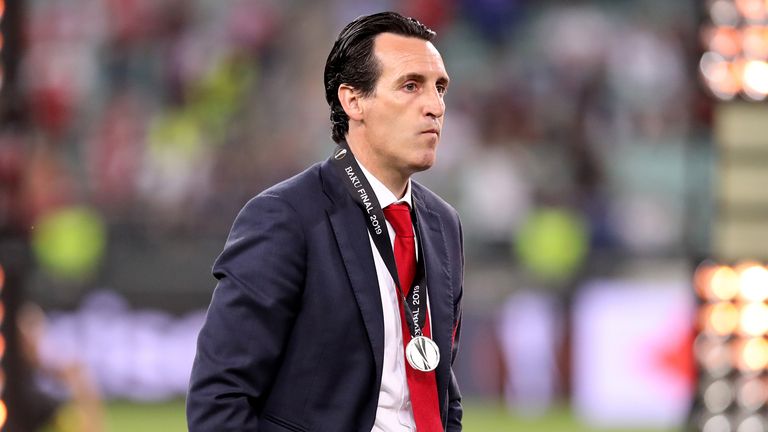 One of the main criticisms of Emery at Arsenal was that his side lacked a clear identity but there has been no such problem at Villarreal and the manager has impressed tactically too.

“The team is a lot more solid and hard-working under Emery,” says Mata. “We are very used to managers who come with a fixed idea of how they want to play and little appetite to change but what we’ve seen from Emery is that in moments of crisis, he has made big adjustments which have had positive effects.”

Mata uses the example of the formation change that followed Villarreal’s 4-0 loss to Barcelona in his third game in charge.

Emery had spent the whole of pre-season drilling Villarreal in the same 4-2-3-1 shape they used under Calleja, but he did not hesitate to rip those plans up and adopt a 4-3-3 when he saw how they were struggling to control games in midfield.

“The day after that game, he added Vicente Iborra to the midfield, so Villarreal were playing with three ‘pivots’ in the middle instead of two and only three guys in the attacking positions.

“It was a big change but the team adapted rapidly to what Emery wanted and began to become more competitive.”

A 19-game unbeaten run followed that meeting with Barcelona, and while Villarreal do not go into Thursday’s first leg against Arsenal in the same kind of form – “they have lost a few games you would expect them to win lately,” says Mata – there is optimism among their supporters that Emery, back in his element at last, could haunt his former club in the competition that made him.