‘Unstoppable!’: Spanish press line up to heap praise on Carlo Ancelotti’s Real Madrid after sweeping LaLiga holders Atletico Madrid aside with a 2-0 victory at the Bernabeu

Real Madrid have been branded ‘unstoppable’ by the Spanish media on Monday morning after their commanding 2-0 win over Atletico Madrid.

Karim Benzema and Marco Asensio scored for Carlo Ancelotti’s men as they defeated the current LaLiga holders and cemented their place at the summit of the standings. The result all but ends Atletico’s hope of reclaiming their title.

The front page of both Marca and AS on Monday read ‘unstoppable’ alongside a picture of Benzema celebrating the opening strike. 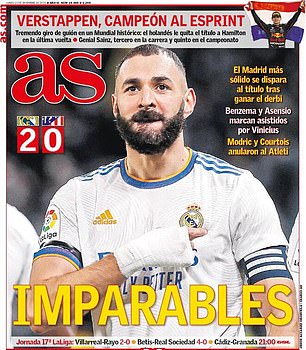 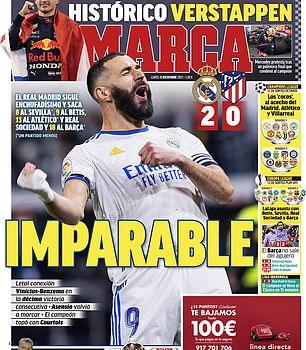 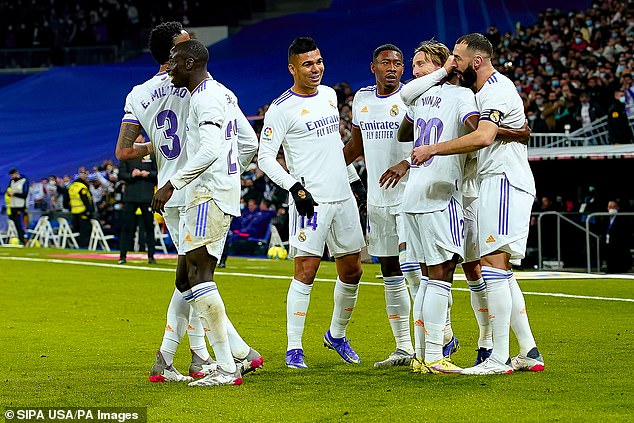 Marca hail Ancelotti’s men and list their advantage over their title rivals in league: eight clear of second-place Sevilla, nine ahead of Betis in third and now 13 clear of Diego Simeone’s Atletico.

AS, meanwhile, describe Madrid’s triumph as the ‘most solid’ of derby victories.

Praise is also given on both front pages to Vinicius, who assisted both of the Madrid goals.

Elsewhere, Mundo Deportivo lament Barcelona’s 2-2 draw against Osasuna. The LaLiga minnows equalised in the 86th minute to snatch a point off Xavi’s side. Mundo’s front page reads ‘The Old Era’ with a picture of Barca’s latest disappointment.

After the Madrid derby, manager Ancelotti was eager not to get too carried away despite his side’s position as runaway leaders. 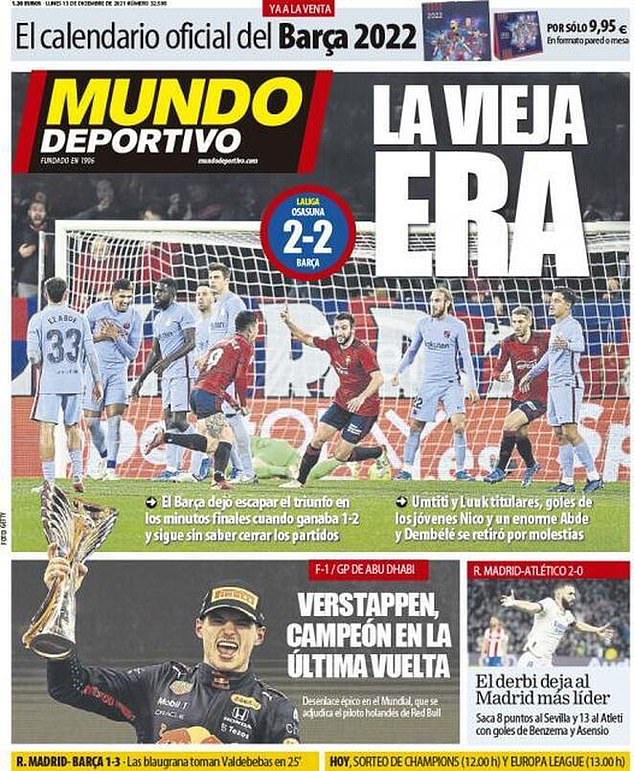 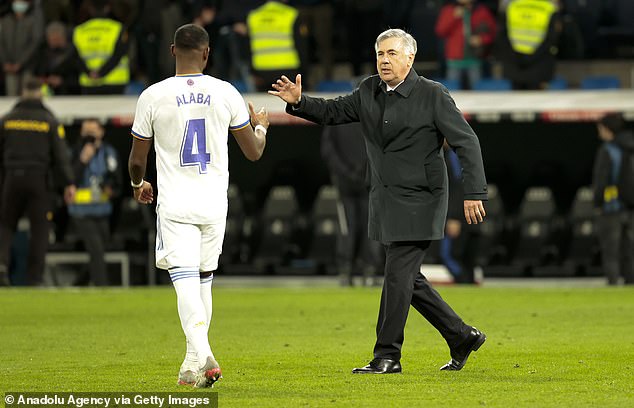 ‘I don’t rule out anything,’ he said. ‘Atletico have quality, character, personality. They never die.

‘Until now, we have done very well, we have a new dynamic. The problem now is that La Liga has not finished, we have 21 games still, we are happy with what we are doing but one has to look forward.’

Madrid’s attention will now turn to Monday’s Champions League draw. As winners in the group stage, they could be pitted against Chelsea, Benfica, Inter Milan, Paris Saint-Germain, Red Ball Salzburg or Sporting Lisbon.