Liverpool face arguably their biggest test of the season so far as they welcome champions Manchester City to Anfield on Sunday, and it seems Virgil van Dijk is stepping up his footwork ahead of the big game.

Footage released by the club shows a training session in which several key players are playing a classic game of ‘keep ball’, when the Dutchman sends his team-mates wild with a tidy nutmeg of fellow defender Kostas Tsimikas.

The young Greek, who has had a breakout season deputising for Andy Robertson, was fiercely chasing the ball around before van Dijk’s cheeky piece of skill saw his head briefly drop as the other Reds fell about laughing. 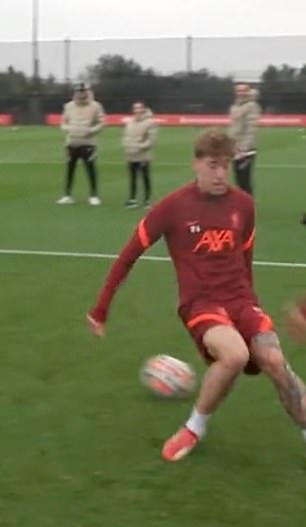 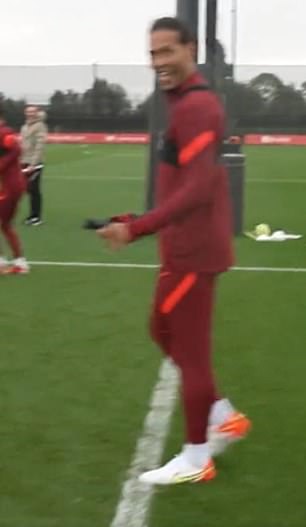 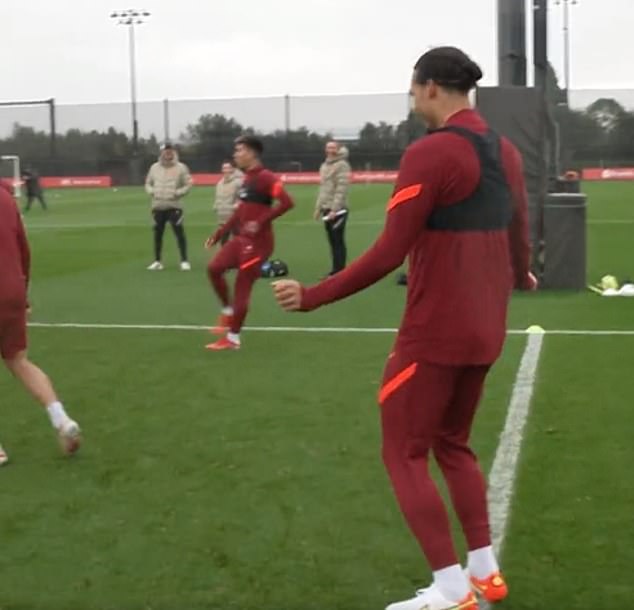 Van Dijk then celebrated his showpiece with a short victory dance, to the delight of his team-mates, before getting straight back into the game.

The Dutchman’s nutmeg clearly made fellow centre-backs Joel Matip and Joe Gomez up their skill games as both kept the ball moving with sharp flicks,  before Mohamed Salah lost the ball to end Tsimikas’ torment.

The session highlighted the difference in style between the all-action Tsimikas and his fellow ‘piggy’ in the middle Fabinho, who acted much as he does on the pitch by steadily following the ball and making measured attempts at intercepting. 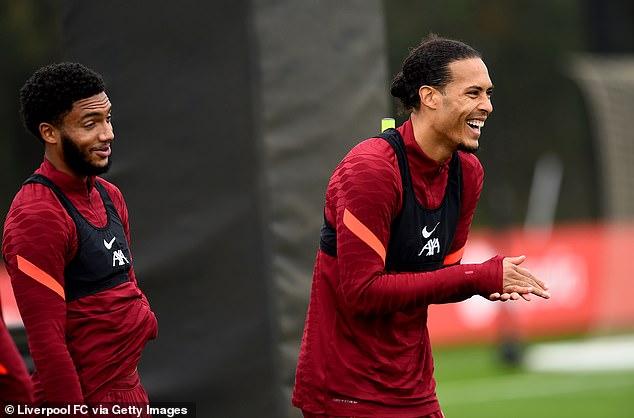 With all the slick passing and nutmegs, not to mention his little shuffle, Reds fans will be reassured to see that van Dijk is clearly back to his commanding best, while his team-mates look far from shabby.

Liverpool are the only unbeaten team in the Premier League, and sit top of the table with visitors Man City one point behind in second place.

The Reds will be riding high from their 5-1 demolition of Porto in the Champions League on Wednesday, while City will look to rebound from their 2-0 loss to Paris Saint-Germain. 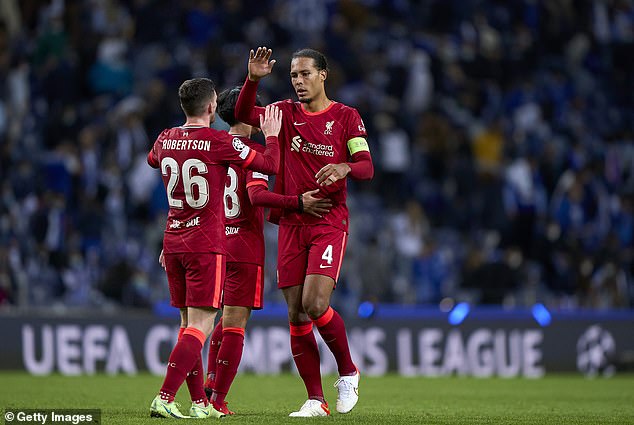