‘I really can’t see that happening in the next year’: Leading government adviser says it will be ‘very, very difficult to do’ for Premier League to stage matches with full crowds

The pandemic will make it ‘very difficult’ for Premier League matches to be staged with full crowds for at least another year and capacities face being capped at 25% when stadiums eventually re-open, a leading government adviser has said.

In his first interview as chair of the British government committee on the return of elite sports, James Calder cautioned against a hasty, widescale re-opening and return to normality as the coronavirus threat persists without a vaccine.

Calder, a surgeon renowned for operating on sports stars, played an integral role in helping the Premier League return in June after a 100-day shutdown, with supporters excluded from stadiums and twice weekly coronavirus testing on players and coaches. 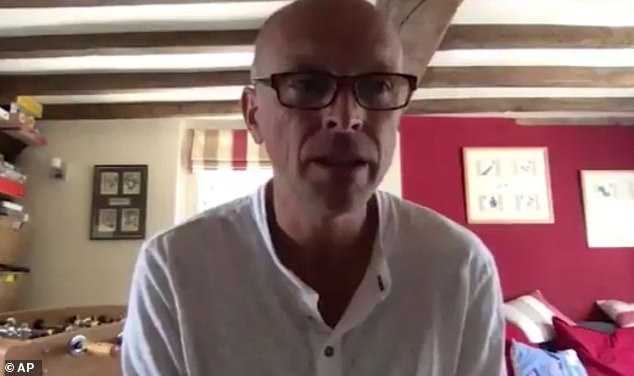 James Calder cautioned against a hasty, widescale re-opening and return to normality

Scroll down for video

The season ends on Sunday and Calder urged players to avoid going on holiday to COVID-19 hotspots, singling out the dangers in the United States. But he is hopeful testing on players can be reduced next season.

The new season begins on September 12 after other sports events — starting with cricket this Sunday — are used to pilot how spectators can safely return to venues for the first time since the coronavirus outbreak in Britain in March.

Calder also sits on the Department of Digital, Culture, Media and Sport committee that determined last week there can be a re-opening of stadiums to fans from October if there isn’t a new significant spike in COVID-19 cases.

But stadiums will be far from full for a long time.

‘Whilst we’ve got a virus around without a vaccine, I think it’s going be very, very difficult to do. I really can’t see that happening in the next year,’ Calder said. ‘If there’s a vaccine that comes out, that’s been proven to be effective or … if the virus mutates and that isn’t as dangerous, then it may open (stadiums fully) but I can’t see it happening really until next year at the earliest. 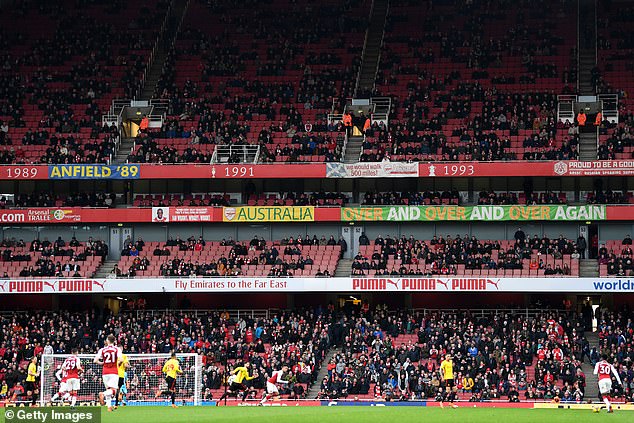 ‘We’re probably looking at a maximum 25% full capacity … perhaps in some stadiums, it may be down to 17% and there’s a financial viability there as to whether it’s viable to open up the stadium.’

Scientists at Oxford University this week said their experimental coronavirus vaccine has been shown in an early trial to prompt a protective immune response in hundreds of people who got the shot. They can’t tell yet if the vaccine truly protects against COVID-19 or approve its use widely.

‘It’s going to take time to vaccinate the population, to encourage people to take up the vaccine and then see how effective it is,’ said Calder, who is not an expert in vaccines. ‘I’m sure that the government and the advisers would say we ought to just wait and see a little bit longer before we start opening up the whole of society … it’s going to be difficult, I think, for another year.’