Jannik Vestergaard is staying cool over transfer links to Tottenham but admitted it is ‘nice to have a pat on the back from big clubs’.

The towering Danish defender has impressed for Southampton so far this season and his performances have put him on Spurs’ radar.

When asked about the transfer talk on international duty, the centre-back admitted it is a confidence booster to be connected with big sides. 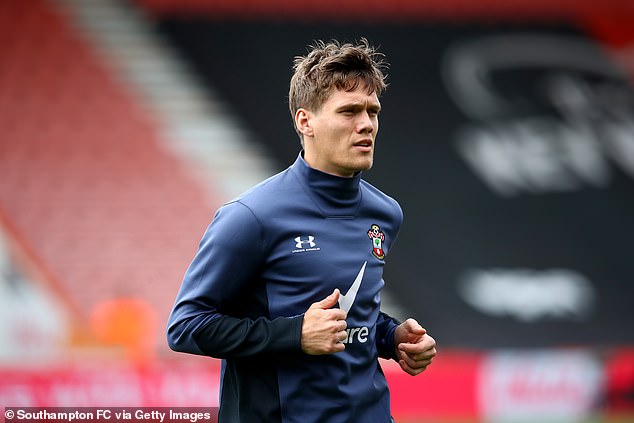 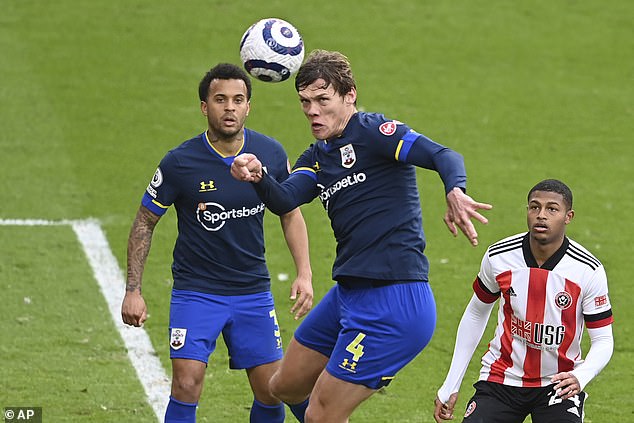 He told Tipsbladet: ‘I can only say that of course it’s always a pat on the back with stories of interest from other big clubs.

‘But right now I have a contract with Southampton so, it’s not something I can talk about.

‘I focus on the matches in the Premier League, on the FA Cup cup semi-final at Wembley, and now the important matches with the national team.’

Vestergaard arrived at Saints in 2018 from Borussia Monchengladbach and next season is the last on his current contract.

Last week, BT in Denmark reported that Spurs are interested in the defender.

The 28-year-old will be hoping he can help prevent Southampton being drawn into a relegation fight with Ralph Hasenhuttl’s side and reach Wembley in the FA Cup final at Leicester’s expense.

Vestergaard has been pleased with his form in England and added: ‘Good stats don’t win matches in themselves, but they give a picture that I have done well for a long period of time, that I am doing something right,’ he said.

‘And I am glad that the numbers reflect the level that I myself feel I deliver.

‘In fact, I feel that I have been stable at the same level – as the best version of myself – for over a year now, because I also finished really well last season.’