Ex-Barcelona star Arturo Vidal watches his dad’s funeral live on Instagram so he can play in the Brazilian cup final, as the midfielder comes off the bench in Flamengo’s clash with Corinthians on Thursday, just two days after his father’s passing

Former Barcelona and Bayern Munich midfielder Arturo Vidal watched his dad’s funeral live on Instagram so that he could play in the Brazilian cup final.

The midfielder reportedly told his new club that he wouldn’t be returning to Santiago, his home city, in order to pay his respects to his late father Erasmo.

Erasmo, 61, died on Tuesday at a racecourse in Santiago where he cared for his son’s animals – after he suffered a cardiac arrest. 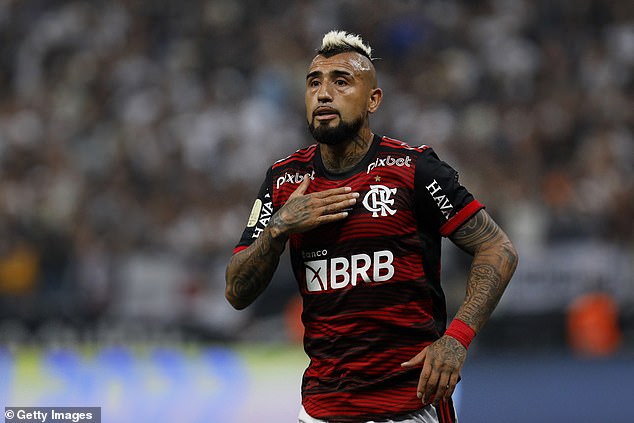 Vidal’s sister Ambar went live on Instagram to broadcast the funeral and Vidal broke down in tears after tuning in before fans comforted him.

The midfielder came on after 65 minutes of the first leg clash with Corinthians in the final of the Copa do Brasil on Thursday, which ended 0-0.

Ahead of the game, Vidal had posted on social media: ‘Daddy, today I’ll miss your good luck message before the match.

‘But I know that you’ll be supporting us from Heaven. We’ll win this cup and the next one for you and for everyone who supports me on a daily basis.’

After news of his father’s death, Flamengo passed on their condolencees to Vidal in a statement.

They said: ‘We regret to inform you about the death of Erasmo Vidal, father of our player Arturo Vidal. We wish him strength at this difficult moment.’

The racecourse where Erasmo died had earlier confirmed his death in a statement. They said: ‘On Tuesday morning Erasmo Vidal was found inside the enclosure by security staff. 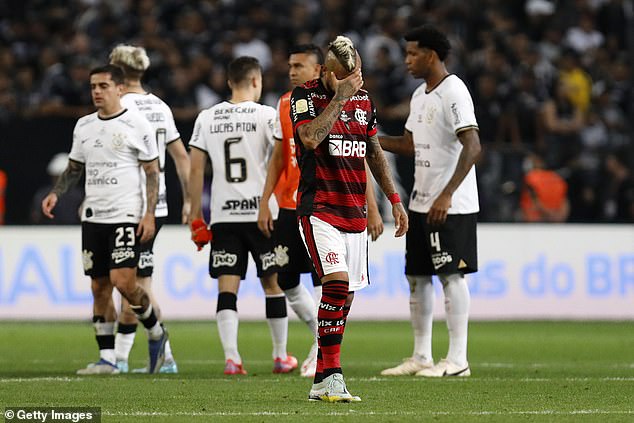 ‘When they saw he was in a bad way, they contacted paramedics who work on site and rushed to the scene to provide emergency medical attention and call for more help.

‘Ambulance workers continued to try to save him when they arrived but his condition deteriorated as a result of cardiac arrest and hypovolemic shock and sadly he died.’

There have been various reports in Chilean media surrounding Vidal’s relationship with his father, with suggestions it was strained or non-existent, but Erasmo’s role included looking after his son’s horses back in Chile. 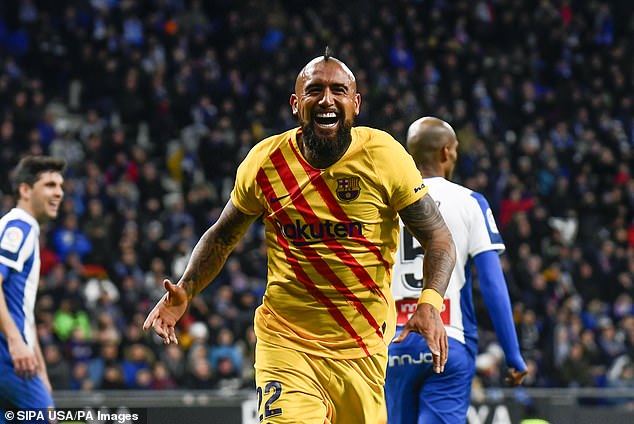 Vidal has spent much of his career in Europe, playing for clubs such as Barcelona and Juventus