World Cup viewers were baffled after TV cameras focused in on Argentina’s hero Lionel Messi scratching his private parts ‘for at least 10 seconds’ during his country’s semi-final win over Croatia.

The seven-time Ballon d’Or winner was influential throughout the game and gave his side the lead from the penalty spot, before being involved in Argentina’s other goals that helped see off Croatia.

And as Messi and Co arrived for the second half, cameras – as they so frequently do – focused in on the Argentine captain. 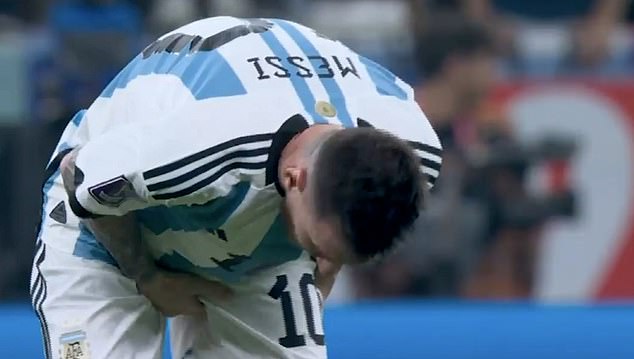 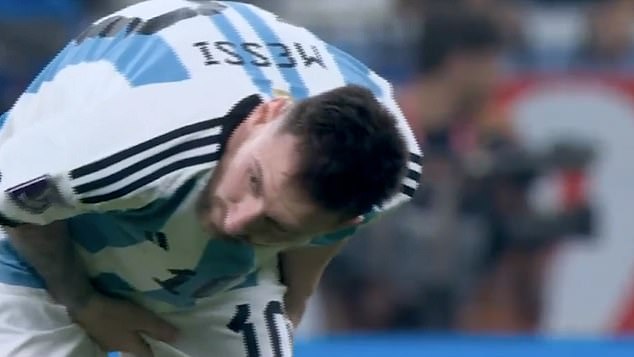 However, this time around they caught Messi in an unfortunate moment where he began to vigorously scratch himself – as millions of World Cup fans watched on at home.

Fans all picked it up and quickly rushed to social media to share their confusion at what they had just witnessed.

One said: ‘tell me what was in the directors mind when they decided to focus on messi scratching his balls for a good 10 seconds’. 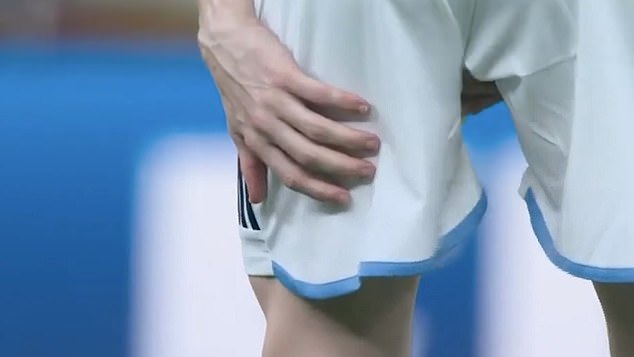 Meanwhile a second said: ‘The close up shot of Lionel Messi scratching his balls has got to be the highlight of this World Cup in my opinion’.

A third added: ‘cool that Argentina won and all but there are not enough people talking about how I was forced to watch a zoomed in shot of Messi scratching his balls on live television for at least 10 full seconds’.

Another said: ‘Closeup on Messi scratching his balls on camera was highly unnecessary’.

All will soon be forgotten considering the 35-year-old put on a dazzling display for spectators.

Videos and comments about his unfortunate gaffe were soon drowned out by his moment of brilliance to leave World Cup star Josko Gvardiol for dead, twisting and turning, before teeing up Julian Alvarez for Argentina’s third goal.

Messi secured his fourth man of the match of the campaign, sending Argentina into a World Cup final where they will play either Morocco or France – who play later tonight.

The World Cup is a trophy that has eluded the Argentine magician his whole career but he will have a strong belief that this is his year.