Extraordinary scenes in Norway saw a goalkeeper get his own team-mate sent off after diving in the country’s top flight.

Viking FK had produced an impressive comeback against Kristiansund, rallying from 2-1 down away from home to take the lead in the third minute of stoppage time.

However, the action was far from finished, with the match’s most eye-catching moment occurring two minutes later, when an altercation between Viking duo David Brekalo and goalkeeper Patrik Gunnarsson took place. 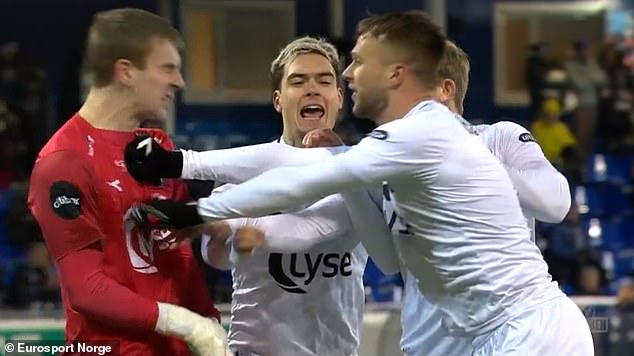 Moving towards him, the No 4 lifted his arms to the chest of his team-mate to shove him away.

Not content with the one shove, Brekalo came back for seconds. On this occasion Gunnarsson decided to end the confrontation by feigning injury, clutching his head as he theatrically tumbled backwards towards the ground.

Brekalo then had to be restrained by team-mates as he looked to continue his feud with his colleague, some of them frantically pulling him away to prevent any more damage being done.

Having seen the goalkeeper hit the deck, the referee felt he was left with no other option, producing a red card for the defender, much to Brekalo’s dismay. 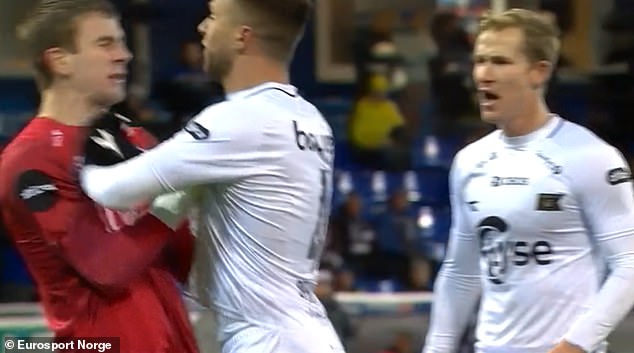 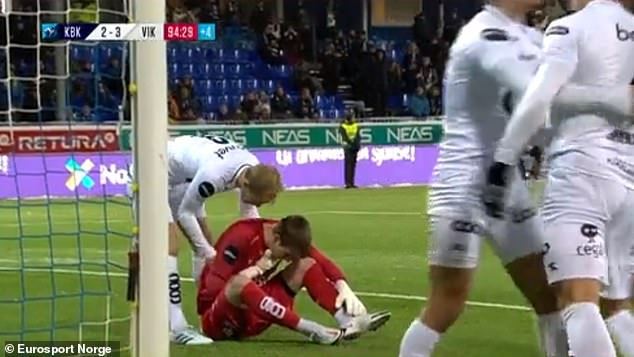 The scenes at the Kristiansund Stadion drew parallels with some of the most infamous team bust-ups.

It is 16 years since Kieron Dyer and Lee Bowyer came to blows on the pitch during Newcastle’s 3-0 defeat by Aston Villa at St James’ Park, which saw both players sent off in the second half.

David Batty and Graeme Le Saux also infamously came to blows during an Champions League clash against Spartak Moscow, although both were allowed to stay on the field following their coming together. 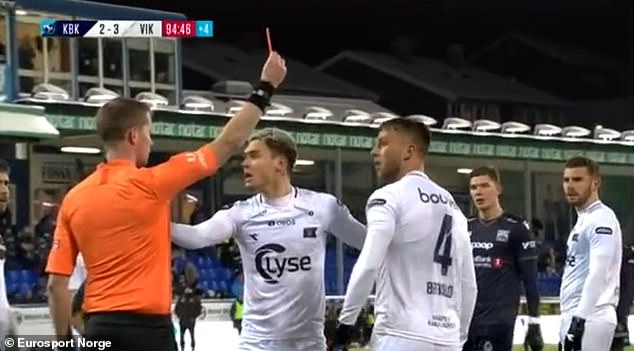