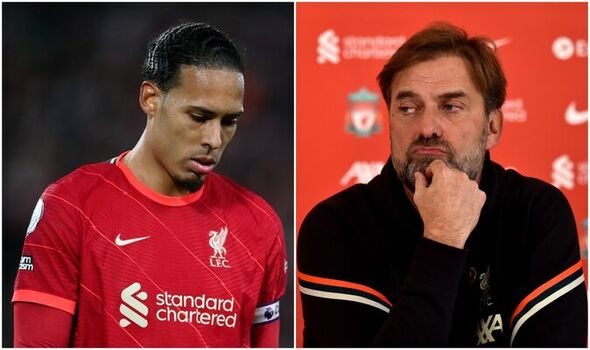 Liverpool defender Virgil van Dijk appeared to disagree with boss Jurgen Klopp after the Reds’ Premier League title hopes were slashed by Tottenham. Klopp criticised Spurs’ tactics following the 1-1 draw, claiming their ‘world-class’ players could have made it a better game.

Spurs led through Son Heung-min before Luis Diaz equalised with a deflected strike. The draw gives Liverpool a mountain to climb if they are going to topple Manchester City and win the top-flight.

Reds defender Van Dijk appeared to insist that Spurs played well and utilised their counter-attacking strengths. It directly contradicts the view of his manager, who implied that the North Londoners were too conservative in their approach.

“It doesn’t feel like [a point rescued] at all. Obviously we knew their game plan, we knew the quality they have, especially on the break,” Van Dijk said.

“I think on the ball we were just not good enough. We lost the ball in difficult situations and if you lose the ball in those situations you’re not well organised, so they can do what they are good at.

“Every break on attacking corners was quite dangerous as well. In the end, it’s frustrating. It is frustrating to drop points, but we have to recover and play the remaining games. We have quite exciting games still coming up and we have to turn disappointment now into focus on Villa.”

Klopp was clearly disappointed with Spurs’ approach to the game. Anfield’s visitors had just eight shots compared to Liverpool’s 22.

Both sides shared three shots on target each, although Liverpool had a whopping 65 per cent possession as Spurs prioritised sitting back. Klopp was asked what he thought of Antonio Conte’s approach after the game.

The German ranted: “I am sorry, I am the wrong person to ask about [Spurs’ defending] because I don’t like this kind of football. But that is my personal problem. I think they are world-class and I think they should do more for the game.

“It’s a game against Liverpool and they have [35] per cent possession. But that is my problem. I cannot coach it. So that is why I cannot do it. World-class players, [who] block all the balls. It is really difficult. Fine, whatever, it’s just I can’t. But yes I respect everything they do. But it’s not me.”

Klopp later added: “It was the expected game. It was always clear that Tottenham would show up like they show up, with all the individual quality they have and the game-plan they have, it was clear it would be incredibly difficult.”