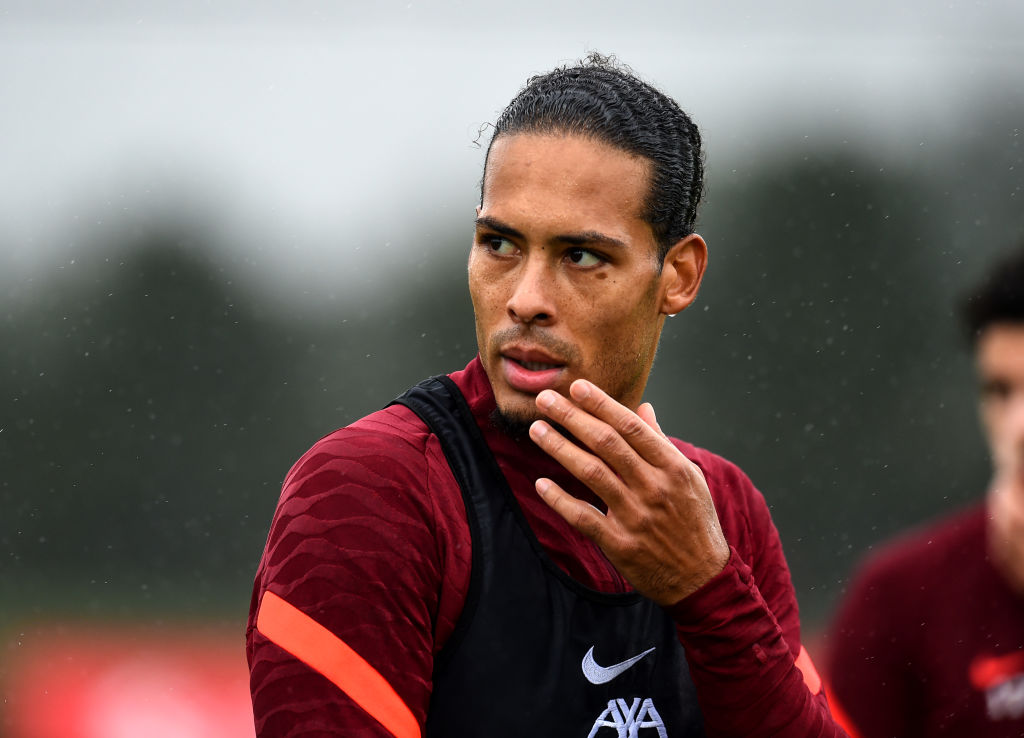 Liverpool star Virgil van Dijk has named Antonio Rudiger and Thiago Silva as among the best defenders in world football.

Van Dijk, back in the Liverpool starting XI this season after 10 months out with a knee injury, has swiftly rediscovered the form that saw him recognised as the best defender in the Premier League.

Discussing the best defenders in the game, the Dutchman singled out some of European football’s veteran defenders, including 37-year-old Silva.

Van Dijk also praised Manchester City rival Aymeric Laporte and Rudiger – impressed with how the German has become such a key figure for Chelsea after recovering from a knee injury of his own.

‘There’s so many good defenders out there,’ van Dijk told Sky Sports.

‘The game has evolved and defending is different.

‘If you look at Laporte and Rudiger. I think he had a fantastic season last year and the way he came back from a knee injury, I have even more respect for him now.’

Liverpool are the only team still undefeated in the 2021-22 season ahead of their Premier League showdown with Manchester City on Sunday.