Home » Soccer » Virgil van Dijk: Who are the young players Liverpool may turn to as cover for the injured Dutch defender?

Virgil van Dijk’s long-term injury has given Jurgen Klopp plenty to ponder in terms of his selections at centre-back over the coming weeks. News that Joel Matip was sent for a scan after the Merseyside derby will have added to any concerns the Liverpool boss has.

Matip and Joe Gomez are set to be Liverpool’s first-choice pairing while Van Dijk recovers from knee surgery, but Dejan Lovren’s departure in the summer leaves the club short on experienced alternatives.

Fabinho is likely to be used as another option, having successfully dropped from midfield to play centre-back on occasions last season and in the win over Chelsea this term, while skipper Jordan Henderson was deployed in the role in the semi-finals of the Club World Cup.

But with Premier League and Champions League games coming thick and fast over the next month or so in this condensed season, Klopp may also need to dip into Liverpool’s academy to bolster his backline.

Here, we look at some of the standout young defenders in Liverpool’s ranks… If Liverpool are to look to their youth ranks for cover at centre-back, it seems Rhys Williams is likely to be the first player Klopp would turn to. The 19-year-old made his Liverpool debut in September, starting alongside Van Dijk and then being partnered with Fabinho in the second half, as the Reds beat Lincoln 7-2 in the Carabao Cup, and played again in the defeat to Arsenal in the next round.

Part of Liverpool’s 2019 FA Youth Cup-winning side, Williams signed a five-year contract earlier in 2020, underlining the club’s belief in his potential.

Williams – who has confessed to studying Van Dijk’s performances and post-match analysis of the Dutchman’s displays – had a loan spell in Non-League last season with Kidderminster Harriers and made his England U21 debut this month. 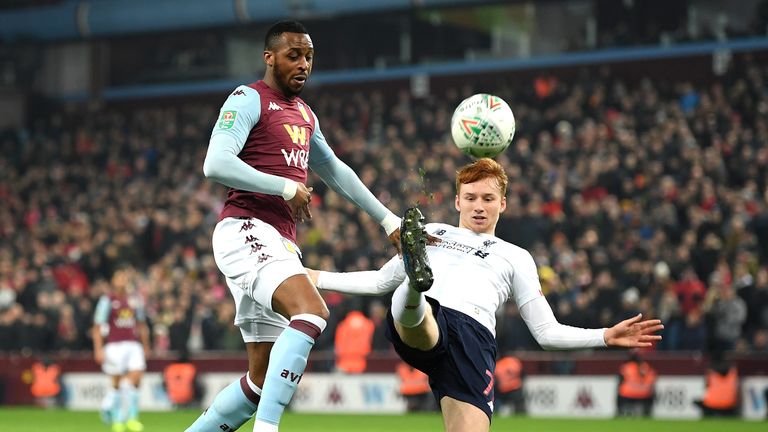 Netherlands youth international Sepp van den Berg could also be in contention. He made four first-team appearances for Liverpool last season in the FA Cup and Carabao Cup and travelled with the team to the Club World Cup.

However, the 18-year-old – who had also attracted interest from Bayern Munich when he signed for Liverpool in June 2019 – may now be behind Rhys Williams in the pecking order after missing out on a Carabao Cup runout this season.

Van den Berg already has some top-flight experience under his belt, having made 22 Eredivisie appearances with former side PEC Zwolle. “I am calm with the ball, I am quite quick and can run,” he said on his arrival at Liverpool, who insisted at the time he was not an ‘academy’ signing but a player they were looking to develop for the first team. 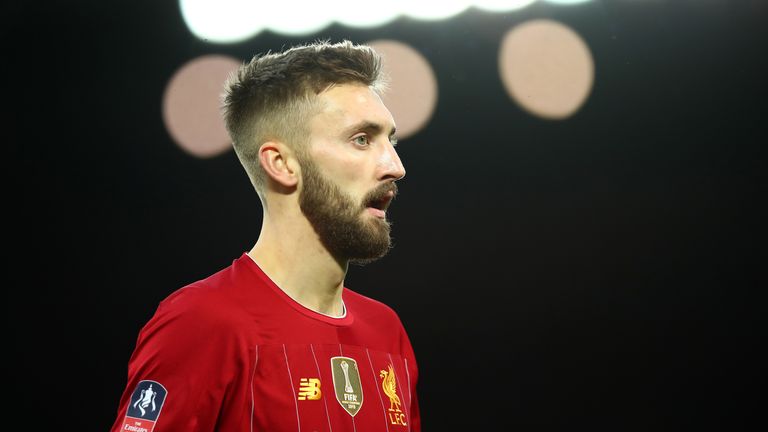 Nat Phillips looked like he could be on his way to the Championship last week – and now he’s among the players trying to put themselves in position for a first-team role at Liverpool.

Middlesbrough, Nottingham Forest and Swansea were among the second-tier sides weighing up a move for the 23-year-old but ultimately he remained at Anfield to provide extra cover at centre-back.

Phillips had two loan spells at Stuttgart last season, where he made 19 starts in Bundesliga II, and in between he was recalled by Klopp in December when Joel Matip, Dejan Lovren and Fabinho were all out injured at the same time.

Klopp said he had been impressed by Phillips’ performances in Germany and he went on to start the FA cup win over Everton in January before returning to Stuttgart for the remainder of the season.

At just 17 years old, Billy Koumetio is the youngest player listed here – but the Frenchman is highly rated at Liverpool.

He signed his first professional contract in August and went on to impress Klopp and his team-mates during pre-season. However, a tough afternoon in a friendly at Blackpool may suggest it is too soon for him to step into the fold.

Koumetio was dispossessed for Blackpool’s first goal and played an attacker onside in the build-up to them winning a penalty for their second before he was replaced at half-time. Liverpool bounced back to win 7-2 and afterwards Klopp conceded the defender still had things to learn – but backed him to improve.

“I’m pretty sure he will make big steps,” said Klopp this summer. “We just have to make sure that we really deal with his age group and physical demands well.” But for an ill-timed injury he may well have figured in the Carabao Cup this season. For now though, he is still to make his competitive first-team debut. Was Saturday the day Liverpool’s title hopes took the cruellest of turns?

Jasper Taylor is joined by Gerard Brand, Ben Ransom and Keith Downie to dissect the weekend’s action in the Premier League, leading of course with Van Dijk’s ACL injury and what that might mean for the champions.

‘The brilliant Dutchman has played in 95 of the 96 Premier League games Liverpool have had since he made his debut in January 2018. He played every minute in the league last season, as they claimed the title for the first time in 30 years.

‘So how do they try to cover the absence of a player who has been central to their triumphs domestically and in Europe over the past three years?

‘It is a huge task and, with Premier League and Champions League games coming thick and fast, it is a task Jurgen Klopp must get right if Liverpool are to continue to be successful. That is how pivotal Van Dijk has been.’

Why did Liverpool not buy a centre back last summer?

People maybe waking up this morning asking why, in light of Virgil van Dijk’s potentially season-ending knee injury, Liverpool did not sign a central defender in the summer transfer window.

The Premier League champions sold experienced Croatia centre-back Dejan Lovren to Zenit St Petersburg in July, leaving them with just three recognised central defenders, one of who – Joel Matip – has had a questionable injury record during his time at the club. However, while sporting director Michael Edwards did reportedly assess a number of possible targets, including Napoli’s Kalidou Koulibaly, Brighton’s Ben White and Sevilla’s Diego Carlos, in the end the club decided against entering the market for a number of reasons.

Firstly, neither of the trio would come cheap, with Man City turning their attentions to Ruben Dias after reportedly being told Koulibaly would cost them £70m, while the highly-rated White signed a new four-year deal at the Amex in September.

And with Liverpool already in possession of the meanest defence in the Premier League from the previous two seasons, it was thought unnecessary during the Covid-19 pandemic to spend those sums on a player who may not actually improve the back line.

Meanwhile, questions about Liverpool being short on numbers at the heart of their back four, with Lovren having not been replaced, were then answered by Fabinho again seamlessly deputising for the injured Joe Gomez and Matip in producing a man-of-the-match display in the side’s 2-0 win at Chelsea in the second league game of the campaign.

So in effect, Jurgen Klopp had four centre-backs at his disposal going into the season and given Van Dijk had only missed one top-flight match since moving to Anfield in January 2018, the thinking understandably was the club did not need to strengthen that area of the team.

However, that decision may now come back to haunt them…

Joel Matip and Joe Gomez will deputise for Van Dijk, who played every minute of last season as Liverpool ended their 30-year wait to become English champions, but Carragher says injury problems in the past for those two players and a lack of depth at centre-back will be a major concern for boss Jurgen Klopp.

“The big question you’re looking at now is, can Liverpool win the league without Van Dijk there? I think every team has three or four players in every title-winning team or a team who think they can win the title, and if one of those players is missing, no matter how good your manager is, no matter how big your squad is, you can’t cover for them because they’re outstanding,” said Carragher.

“I think it blows the title race wide open, I really do.”