Match report as Chris Gunter becomes the first player to reach 100 caps for Wales, more than 13 years since his debut in May 2007; Kieffer Moore’s fifth goal for his country enough to secure 1-0 win over Mexico

Wales celebrated Chris Gunter’s historic night as a 100-cap record-breaker with a 1-0 home victory over Mexico.

Kieffer Moore’s fifth goal in 13 international appearances after 11 minutes settled what at times was a spicy friendly at the Cardiff City Stadium.

The goal was both created and finished in Cardiff as Jonny Williams, playing in an unusual wing-back position, crossed to club colleague Moore, who found the net with a cheeky close-range flick.

It was a crying shame the coronavirus pandemic had prevented Wales supporters from paying tribute to Gunter in person.

Gunter’s Wales journey began in May 2007 with a 2-2 friendly draw against New Zealand and there have been plenty of highs and lows in the intervening 14 years.

The Charlton right-back made 63 consecutive starts between February 2011 and September 2018 and surpassed Neville Southall’s 92-cap mark in November 2018.

Gunter led a team showing 11 changes from the side beaten 3-1 by Belgium in their opening 2022 World Cup qualifier on Wednesday.

With the Cardiff qualifier against the Czech Republic on Tuesday in mind, caretaker manager Robert Page chose to rest Gareth Bale, Daniel James and Ethan Ampadu.

Bale, however, did make a late appearance from the bench as Wales claimed a first win over Mexico in five attempts. 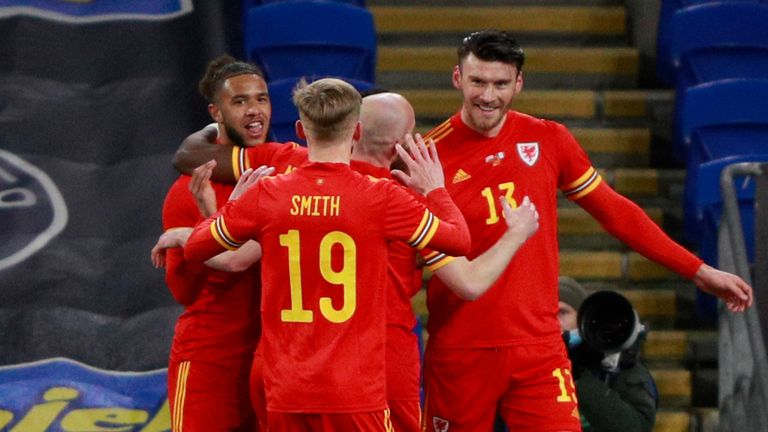 Wayne Hennessey won his 95th cap as the Crystal Palace goalkeeper featured for the first time since damaging his thigh during October’s Nations League win in Bulgaria.

It was the last chance for Wales’ fringe players to shine ahead of the squad being selected ahead of this summer’s delayed European Championship – and most of them took the opportunity to impress.

Matt Smith, the Manchester City midfielder on loan at Doncaster, impressed against Atletico Madrid’s Hector Herrera and has surely done enough to book his ticket to Euro 2020.

Mexico, ranked ninth in the world and nine places above Wales, named an experienced side but were without Raul Jimenez.

The Wolves striker had spent the week in camp on his road to recovery from the fractured skull he suffered in November, although Mexico manager Gerardo Martino confirmed that had not included contact training.

Four previous games between the two nations had brought two Mexico wins and two draws. The last two games had been on American soil, in 2012 and 2018, and this was the first time that Mexico had visited Wales.

Mexico appealed for a penalty inside the first minute when Hirving Lozano fell under Ben Cabango’s challenge. But the Napoli forward went to ground too easily and Northern Irish referee Ian McNabb waved play on.

Wales took the lead, despite Smith appearing offside when receiving Gunter’s pass wide on the right. The play was allowed to continue and Williams crossed for Moore to convert in familiar surroundings.

Moore was involved in a physical battle with Edson Alvarez and Mexico were in danger of losing self-control, with Lozano admonished by Hennessey following a late challenge on the goalkeeper. 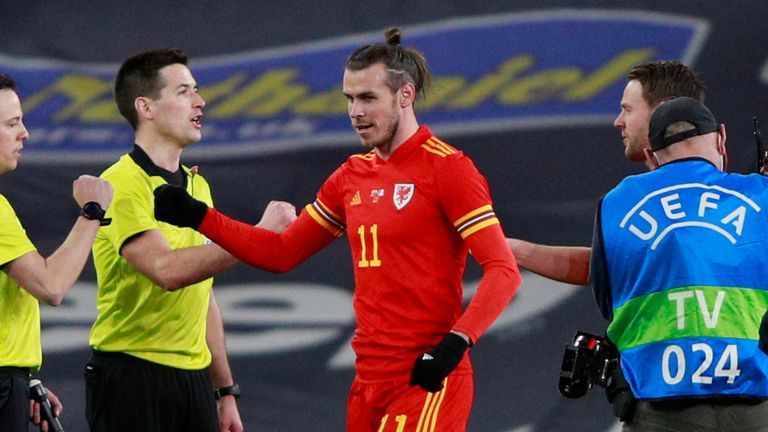 Hennessey was in the thick of the action again to race from his area and stop Jesus Gallardo bearing down on the home goal before Jesus Corona slipped past Cabango to fire wide.

Rabbi Matondo set up a wayward effort from Dylan Levitt at the other end, but Hennessey held Luis Rodriguez’s 20-yard attempt near the interval.

Hal Robson-Kanu, on as a half-time substitute for Moore, attempted to flick home Tyler Roberts’ cross before Hennessey came to Wales’ rescue.

Lozano was slid through on goal but Hennessey stood tall and saved superbly with his legs.

Josh Sheehan, another half-time substitute, sent a fierce drive inches wide and Mexico’s last hope of salvaging an equaliser went when Corona blazed over the bar deep into stoppage time.

Wales host the Czech Republic in their next World Cup qualifier on Tuesday live on Sky Sports Main Event; coverage starts at 7.30pm and kick-off is at 7.45pm. Mexico take on Costa Rica on the same night in a friendly at 9pm.