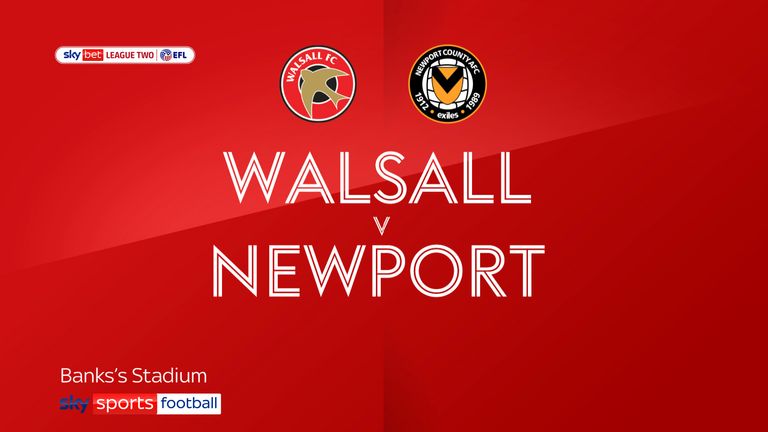 Defeat left Brian Dutton still waiting for his first win since taking over at Walsall, who made it six home games without a win.

Newport edged the first half with Roberts forced into saves from Nicky Maynard and Liam Shephard.

The Saddlers’ academy graduate was also called on early in the second half to deny Dom Telford’s one-on-one effort.

Labadie himself had gone close in the first half as well as setting up the chances for Maynard and Telford, and it was he who had the final say.

Ryan Haynes crossed the ball following a short corner and after Labadie’s initial header came back off the crossbar, the Newport captain was quickest to react to the rebound and nodded home from close range.