Aston Villa forward Rushian Hepburn-Murphy has shown the perils of playing football in your back garden by accidentally smashing his own window.

The 21-year-old Villa player was recording himself doing keepy-uppies and kicking the ball against his house when he overcooked a volley.

The ball hit one of Hepburn-Murphy’s upstairs window, smashing it and showering his patio with glass.

The forward then freezes on the spot, holding his head in his hands for several seconds.

“Can’t even get anyone to fix that anytime soon,” he wrote on Instagram after posting the video. 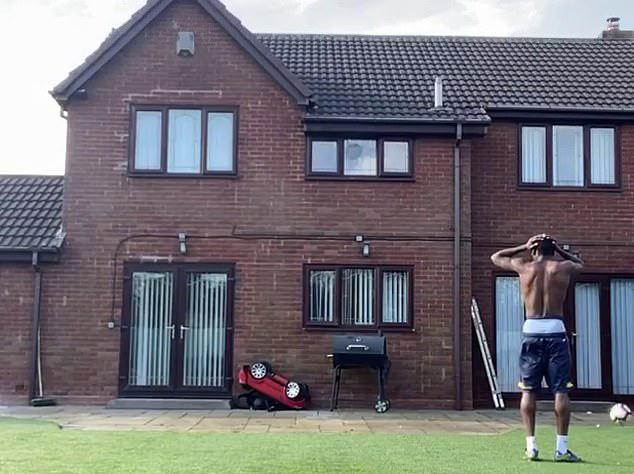 The youngster was quickly ribbed by his fellow professionals for his costly mistake.

And Tammy Abraham, Ryan Sessegnon, Sheyi Ojo, Marcus Edwards and Yannick Bolasie also joined in the fun by leaving comments underneath the video.